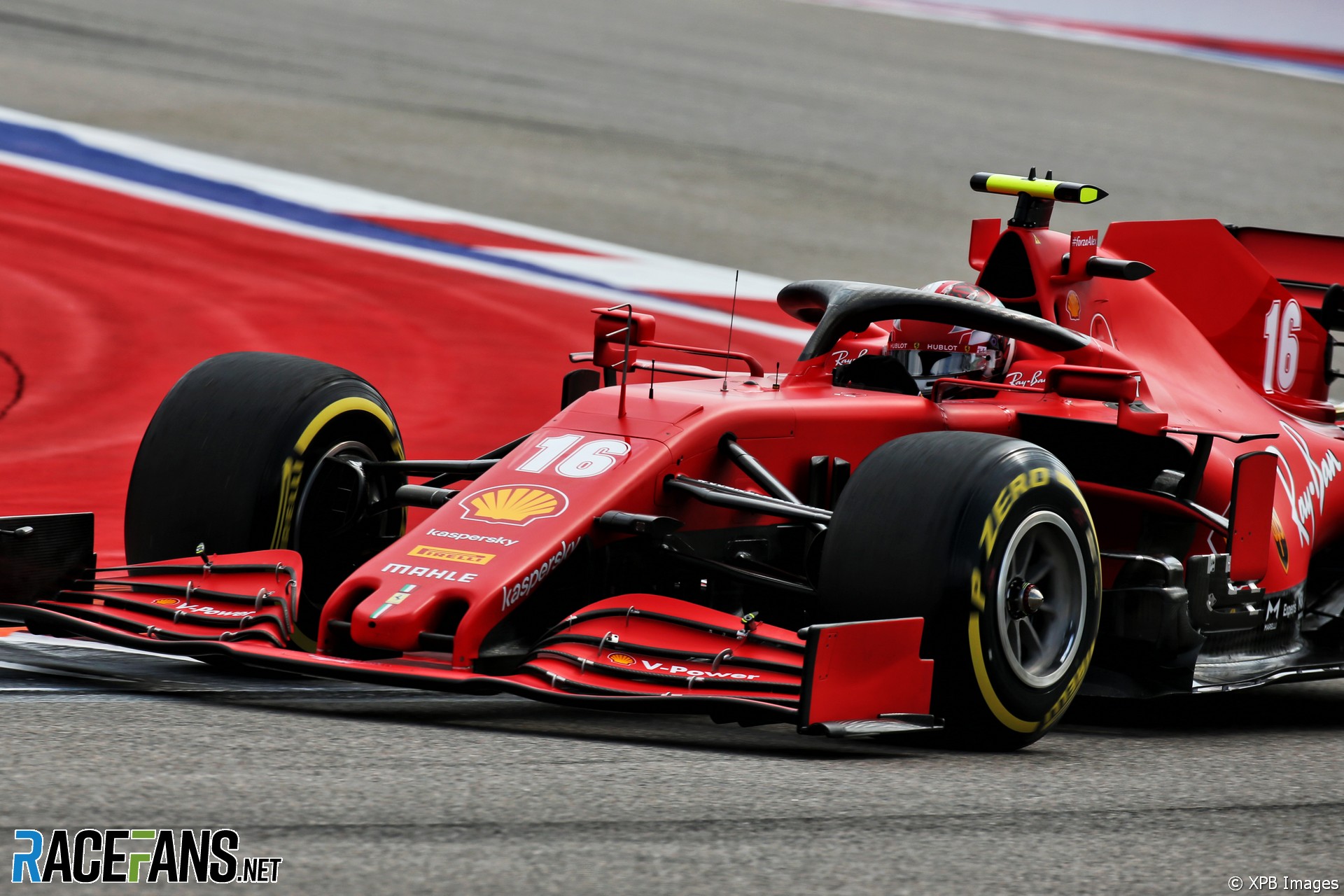 However he admitted there had been one occasion this year where he was surprised not to receive a penalty.

Leclerc escaped sanction for performing a practice start outside of the prescribed area at Spa-Francorchamps, an infringement which Lewis Hamilton fell foul of later in the season at Sochi. During the Spanish Grand Prix Leclerc also drove for over a lap with his seatbelt disconnected, which the stewards also did not take action on.

In Leclerc’s view, the stewards were correct not to take action on both occasions. “In Spain, I think I’ve explained the situation better, at first there was some doubt so, I don’t think so,” he said in response to a question from RaceFans. “In Spa it was very different to what happened to Lewis in Sochi.”

However Leclerc admitted he was fortunate to avoid a penalty in the Russian Grand Prix. He collided with Lance Stroll on the first lap of the race, which left the Racing Point driver in the barriers. Stroll was among those who questioned why no action had been taken against Leclerc.

“I would say probably the incident with Lance, I was a bit lucky to escape that one,” said Leclerc. “But on the other two if you look at the situation better then it was not that obvious.”

Leclerc’s most recent penalty was at the Styrian Grand Prix, where he received a three-place grid drop for impeding Daniil Kvyat during qualifying.