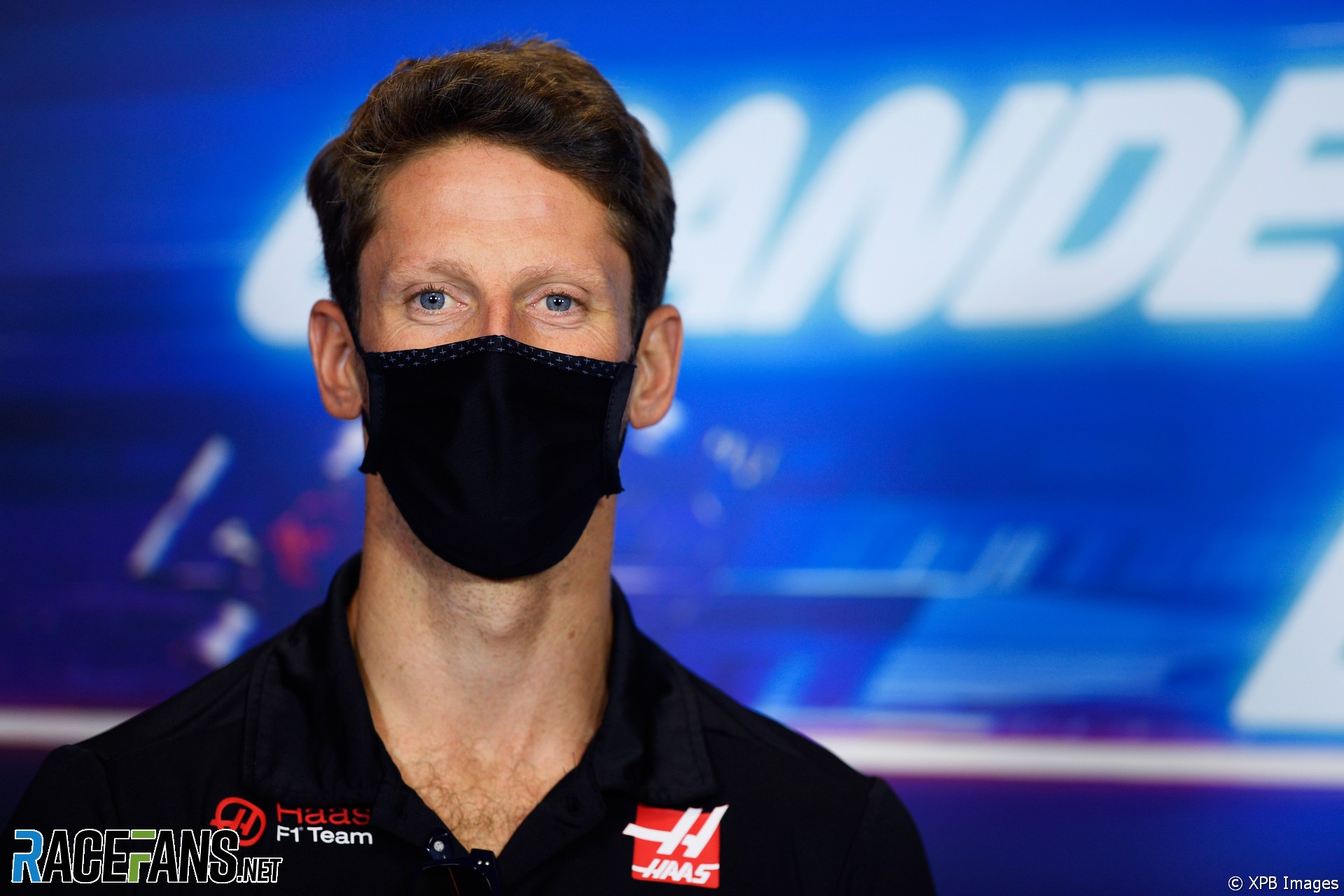 Romain Grosjean says he thought Haas would replace one of its drivers due to financial reasons, but did not expect he and team mate Kevin Magnussen would lose their drives.

Grosjean and Magnussen both announced today they will not remain with the team for the 2021 F1 season, which Haas subsequently confirmed. Steiner said earlier today both drivers had been told of the decision last week.

Speaking in the FIA press conference for the Portuguese Grand Prix, Grosjean said that he had expected the global financial impact of Covid-19 would cause Haas to rethink their driver plans for 2021.

“I said I was expecting one of us and he said no, for financial reasons I need both of you out. So, you know, fair enough, I fully understand.

“I know it’s been a tough year with Covid and that a lot of industries or companies have suffered from it. And as I say, the team is going on a different path and I wish them luck and the best for the future.”

Both drivers said they couldn’t compete with potential offers other drivers could bring to the team. Magnussen said that, for a financially struggling team, his backing would not “make a difference” overall.

“I can’t bring the kind of backing that you need,” he said. “I have sponsors and I have partners, but it’s not at all big in this world, it’s not enough to make a difference, really, for me.”

Grosjean said he has no interest in looking for bigger backing. “I’ve had some some partners in my career following me through different time, the teams, but I’ve never been pay driver, as such, and don’t want to become one.”

He admitted an earlier decision by the team would have given the drivers more time to look elsewhere. “It wasn’t our call to make the decision of when to announce. Obviously, earlier is always a bit better, it gives us a bit more time to find anything.”

However Grosjean acknowledged he had later calls in his earlies days in F1, “In 2012, or was it ’11, I was told on the eighth of December I was going to be in Formula 1 the year after. So I’ve known later.

“So, I think I could tell that the decision was made some some time ago, but I guess Guenther felt good enough to tell us last week and that’s just fine by me.”

Magnussen said he had been looking into other options already, “I’ve been kind of thinking about options for a while, so it didn’t change a lot, once Guenther told me that they were going to look for other drivers.

“I would have considered it very seriously if if I’d been offered something from from Haas. But I have been looking elsewhere for a while.”

27 comments on “Grosjean: “Financial reasons” behind Haas decision to replace both drivers”