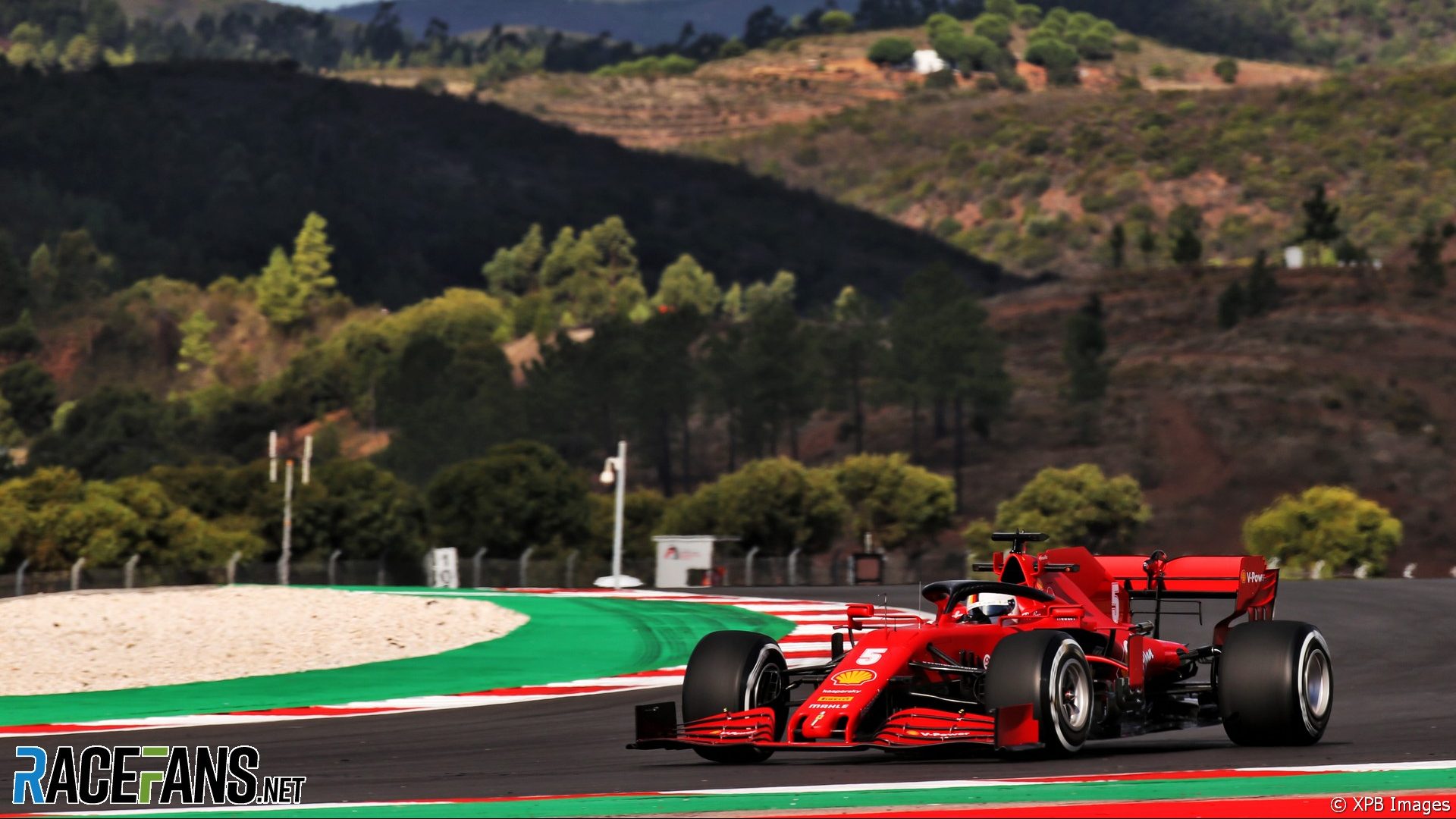 Formula 1 drivers praised the Autodromo do Algarve circuit, which is hosting the series for the first time this weekend, following the first two practice sessions on Friday.

Pierre Gasly said the track’s extreme changes of gradient are unlike anything he’d experienced in an F1 car before.

“It was really cool,” said the AphaTauri driver. “The first few laps when I went out I got this feeling like you get in your stomach when you’re on a rollercoaster. After turn eight, going up the hill and down I really had the same feeling and I was like, ‘wow, I’ve never felt that in a Formula 1 car.'”

Gasly’s day did not go according to plan, with stoppages in both sessions and a fire in the second. Nonetheless he was impressed by the distinctive Algarve track. “It’s quite challenging – there’s a lot of blind corners, high-speed, low-speed corner braking. It’s quite unusual in that way.

“I like when tracks are unique and I think this is so it’s pretty cool.”

Fresh asphalt was laid at the track ahead of F1’s arrival and the new surface is still lacking grip. However Lando Norris it was still possible to appreciate the unique aspects of the track.

“It’s good fun,” said Norris, “it’s just different compared to other ones. The Nurburgring I liked a lot because of how up and down the cambers on the corners are. Here the cambers are more off-camber. Comparing the cambered corners, like the Nurburgring, which are cool and going to give you more grip, the off-camber corners here give you a lot less grip and it makes it tricky.”

“It’s a good mix of high speed and low speed,” he added. “Quite up and down, a lot more than most tracks. So it’s cool in a Formula 1 car, I just wish we had a little bit more grip.”

Sebastian Vettel, one of several drivers who hadn’t visited the Algarve circuit before this weekend, was also impressed by his first experience of the track.

“I think it’s slippery probably mostly because of the resurfacing but it’s very smooth and it’s quite a nice track.”

“I think that tomorrow will be better,” he added, “just waking up and knowing where you need to go, it’s good.”

Vettel said the Algarve circuit shows there are good venues available to Formula 1 which it hasn’t raced at before. “It probably proves that we have plenty of tracks that are exciting, we just need to pick the right ones.”