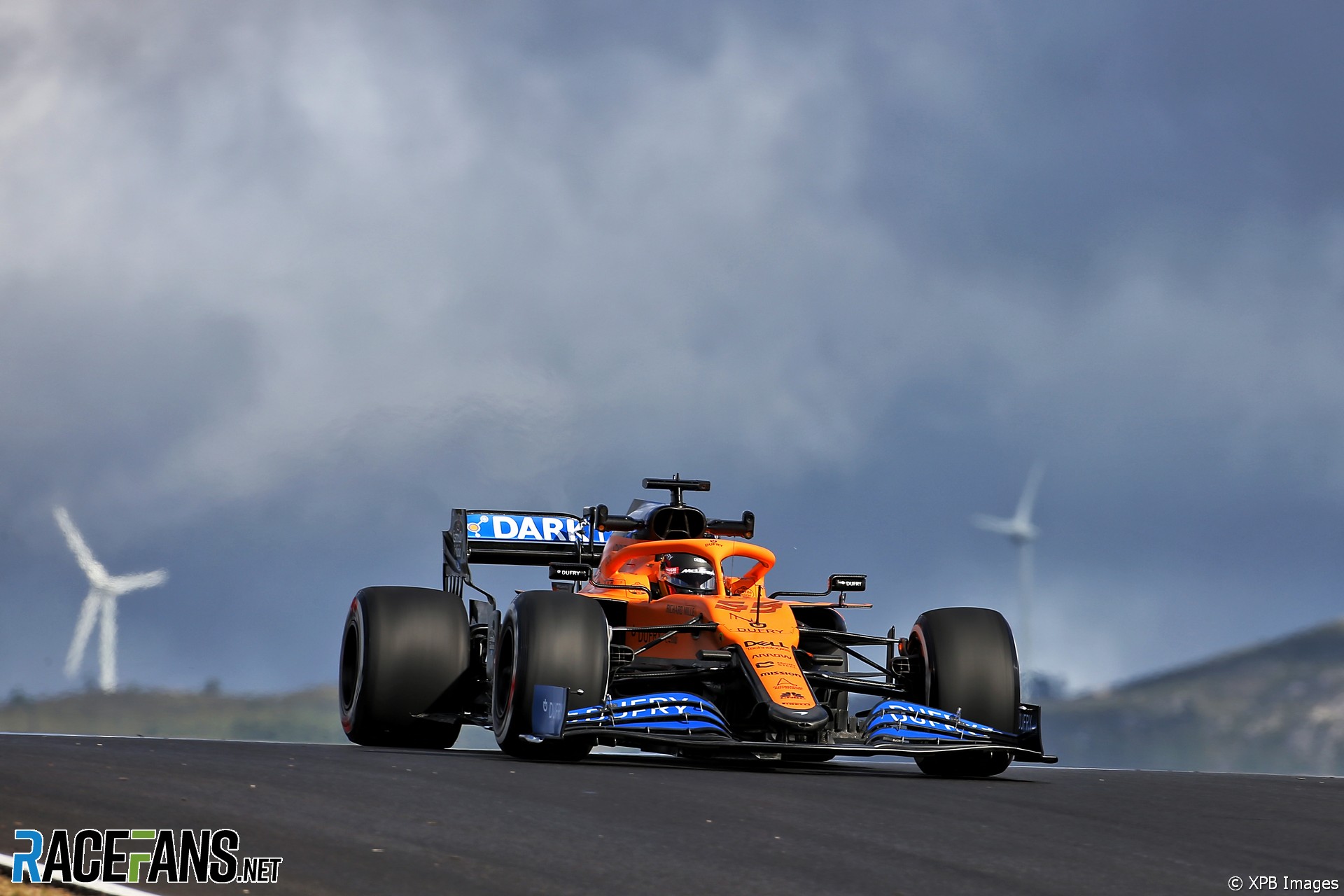 McLaren intend to bring as many updates as possible for its MCL35 this year because its coming switch to Mercedes power units will limit how much it can change its car for 2021.

The team is in a unique position as none of its rivals will change engine supplier during the off-season.

McLaren’s move from Renault to Mercedes was announced in September last year. Since then teams agreed to extend the current technical regulations for a further season in order to reduce costs. A system of development ‘tokens’ has been introduced to limit how much they can change their cars for next season.

As McLaren will have to use all their tokens adjusting their car to accept the Mercedes power unit, they will be unable to make major changes elsewhere. They therefore plan to introduce as many updates as they can before the current season ends.

“We don’t have chassis tokens to develop our car,” said technical director James Key in response to a question from RaceFans. “We’re kind of unique in that respect.

“Other teams will have that and really we don’t have them because they’re effectively taken up with the engine change we have to do. So where we do have freedoms we’d like to exploit them whilst we can.”

McLaren began introducing a new aerodynamic package at the Tuscan Grand Prix, beginning with a new nose. “I don’t think that’s driven the package particularly that we’ve done,” said Key. “The nose was on plan anyway right from early days and is working as hoped. We had to hit the end of September deadline for homologation with that.”

But further updates will follow before the end of the season, said Key. “Certainly anything we can do this year which mitigates against the fact we haven’t got chassis tokens for next year would help. Some of the things we’re going to be introducing in the next races will be part of that.”

The team was able to introduce the nose update ahead of schedule, which gave them a head-start on assessing how it performs on the car.

“It’s something we had planned quite early before the world changed a bit and the season was compressed into the second half of this year,” said Key. “So we had to work very quickly when the shutdown period finished to try and squeezed a homologated – in terms of its impact test pass – structure to be available on the 30th of September.

“So it was hard work. I’m glad to say we passed first time but we did leave slack in the system, a bit of margin there, just in case we had an issue. It’s quite a small structure so it had to absorb a lot for a very small cross-sectional area at the front. It was a challenge and the guys did a great job of getting that through and getting the production side done quickly and passing the way we did.

“The good thing with that is it meant we were able to run it in Russia, and at Mugello we did a test on it, so it allowed us to get some initial data on it, so that was good.”

The nose marks a change in aerodynamic philosophy for the team. “Aerodynamically it works fine,” said Key. “It’s the start of a broader conceptual change around the front of the car to exploit different ways of doing things.

“What you’re targeting is the same thing aerodynamically but it’s just a different way of doing it. We recognise that sort of philosophy which is not dissimilar to what Red Bull have done with their nose cone, it’s similar to what Mercedes have done, I think Renault are very similar as well.

“So it’s kind of similar thinking to them, it’s just introduced a little bit later on. We want to begin to exploit a new way of handling some of the structures that exist in that area.”

Other recent updates to the MCL35 have produced mixed responses from drivers Lando Norris and Carlos Sainz Jnr. Key said the lack of running on Friday at the Nurburgring compromised their plans.

“We were obviously a little bit scuppered at the Nurburgring with not having a Friday to run a very complex new set of parts. So we didn’t really get the back-to-backs and the testing and the set-up work we wanted to do.

“Actually we were still setting the car up within the regions that you can do within the parc ferme rules in qualifying, which is where Carlos was finding his time. So that’s how far behind schedule we were with the introduction of all that after a missed Friday.

“So we want to take it step-by-step. We confirmed the configuration we were happy with to start off this weekend with and we’ll be doing the work we intended to do on Friday this weekend and next weekend and gradually reintroduce the new parts and quantify them accordingly.”

The team is running a mix of the upgrade and previous specification this weekend, and also has further new parts to evaluate.

“It’s a slight hybrid from what we had,” said Key. “We’ve actually got the ‘Lando spec’ of car, effectively, from Nurburgring, to start with here. That incorporates the new nose.”

“We’ve got some additional updates we’re bringing this weekend as well so we’re going to be testing those today,” he added. “At least one of those could remain on the car for the rest of the weekend.

“Then the parts in the Nurburgring which we didn’t get to test, we’re going to be doing exactly what we wanted to do there here so we’re going to introduce the parts bit by bit and review them and understand them in their own right as we go and seal that up as a package.”