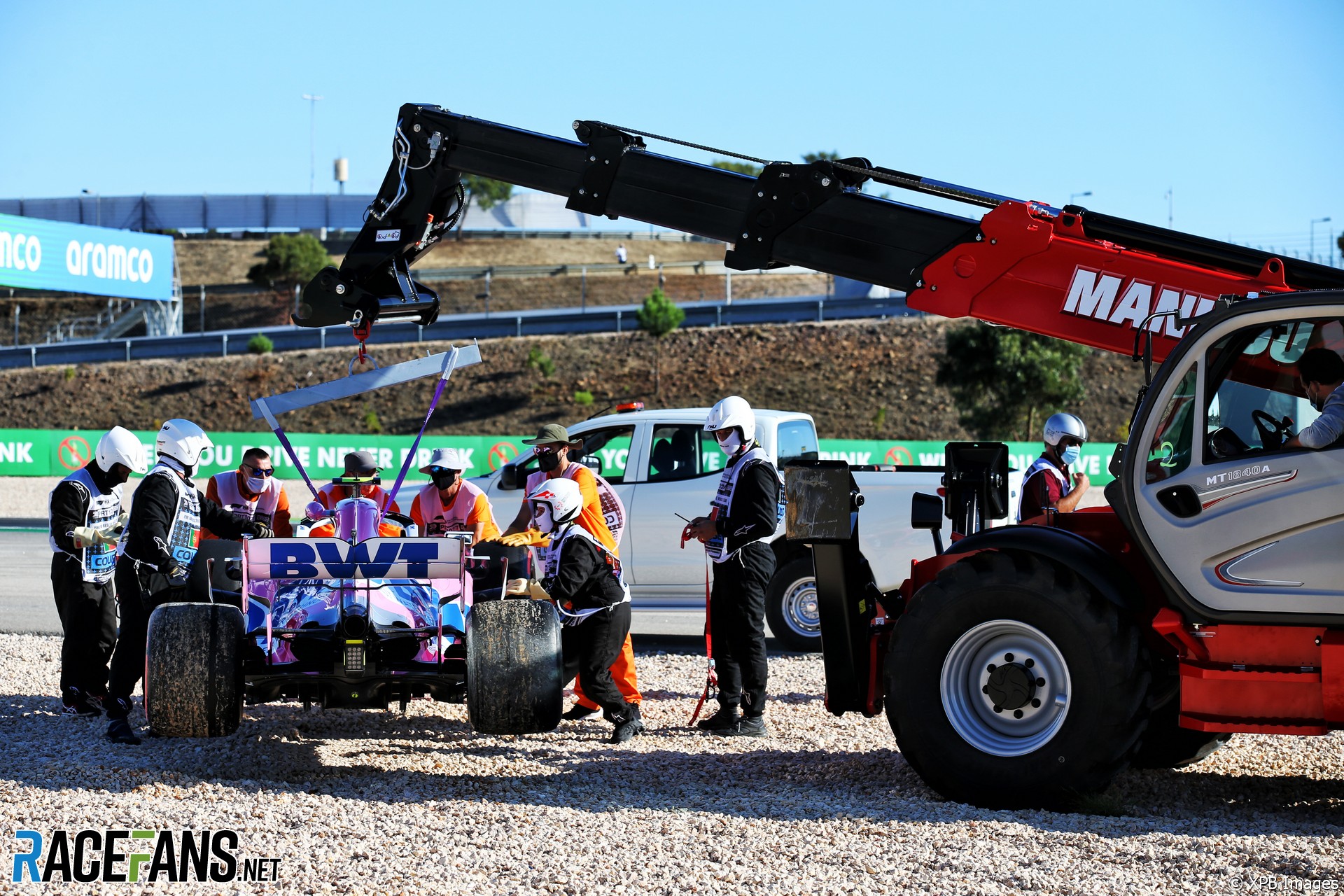 Max Verstappen and Lance Stroll have been cleared over the collision between the pair in second practice session.

According to the stewards, the two drivers agreed the collision was the result of a misunderstanding. The stewards ruled neither driver was largely responsible for the clash.

On the lap before the collision, Verstappen had abandoned a timed lap and backed off, allowing Stroll to pass him. As indicated by their radio messages, Verstappen assumed Stroll would back off at the start of the next lap, and was not expecting the Racing Point driver to continue at speed.

However he did, the pair charged into the first corner side-by-side and made contact.

“Stroll was on a fast lap and was allowed to pass by Verstappen on the lap preceding the incident,” said the stewards in a statement. “Given the information from his team and usual practice, Verstappen assumed that Stroll would back off for the next lap and moved to overtake along the main straight.

“However Stroll was instructed by his team to go for a second flying lap. Stroll assumed that Verstappen would have backed off to gain a gap between them, also in line with usual practice, and so was not looking for the overtaking Verstappen.

“The drivers agreed in the hearing that the incident was the result of a misunderstanding between them and that with hindsight, both could have contributed to avoid the incident.

“The stewards therefore find that neither driver was wholly or predominantly at fault and take no further action.”