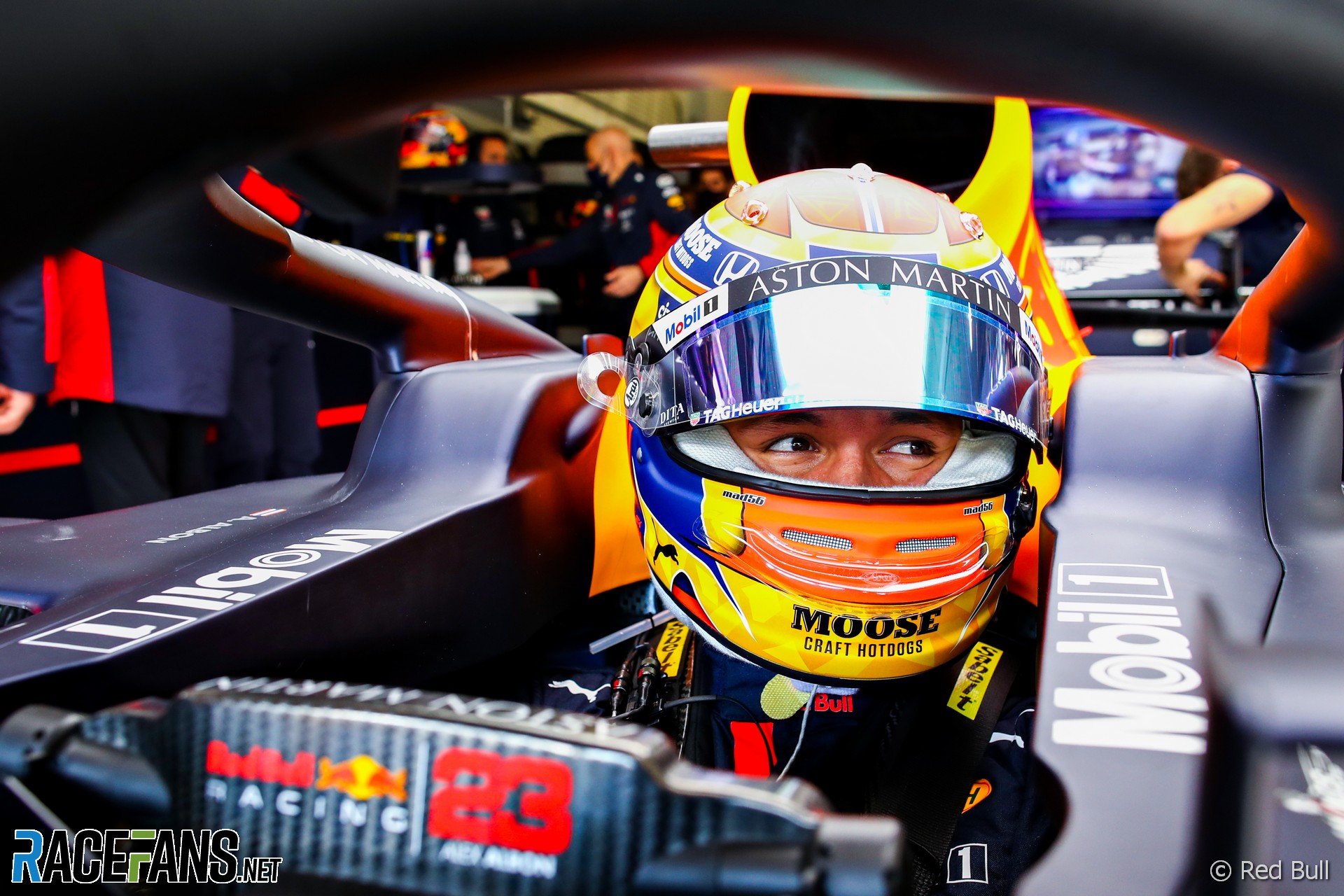 Red Bull is prepared to look beyond its talent pool to bring in a replacement for Alexander Albon for the 2021 F1 season if he doesn’t raise his game in the next two races, says team principal Christian Horner.

Albon is the team’s preferred choice to partner Max Verstappen next year, but Horner said he must demonstrate a higher level of performance this weekend and at next week’s Emilia-Romagna Grand Prix to guarantee his place at the team.

“We want Alex to claim that seat and basically justify that there is no need to look at any other alternative than Alex,” said Horner. “I think everybody in the team wants to see him do that.

“It felt like in Mugello he was starting to turn the corner and so on. He’s had a couple of difficult weekends, so he needs to bounce back here I think and particularly Imola with a strong weekend from start to finish. So that’s our focus, that’s our objective.”

Albon has scored 64 of the team’s 211 points so far this year. “He’s a popular member of the team but we need two cars closer together in order to fight the Mercedes,” said Horner. “And that’s what we’ve got to do, that’s our target.”

Horner confirmed Red Bull would not look to promote AlphaTauri drivers Pierre Gasly or Daniil Kvyat – both of which have previously driven for them – in place of Albon.

“I think AlphaTauri are pretty settled with their drivers. So as I say our preference is very much Alex. But if we had a look at a different solution, then obviously we would have to look outside of the Red Bull pool of drivers simply because there is not one available that we would look to put in. There’s some quality drivers, obviously, on the market, that could be unemployed for next year.”

Several experienced F1 drivers are on the market for next season including Racing Point’s Sergio Perez, the team’s substitute driver Nico Hulkenberg and Haas pair Romain Grosjean and Kevin Magnussen.