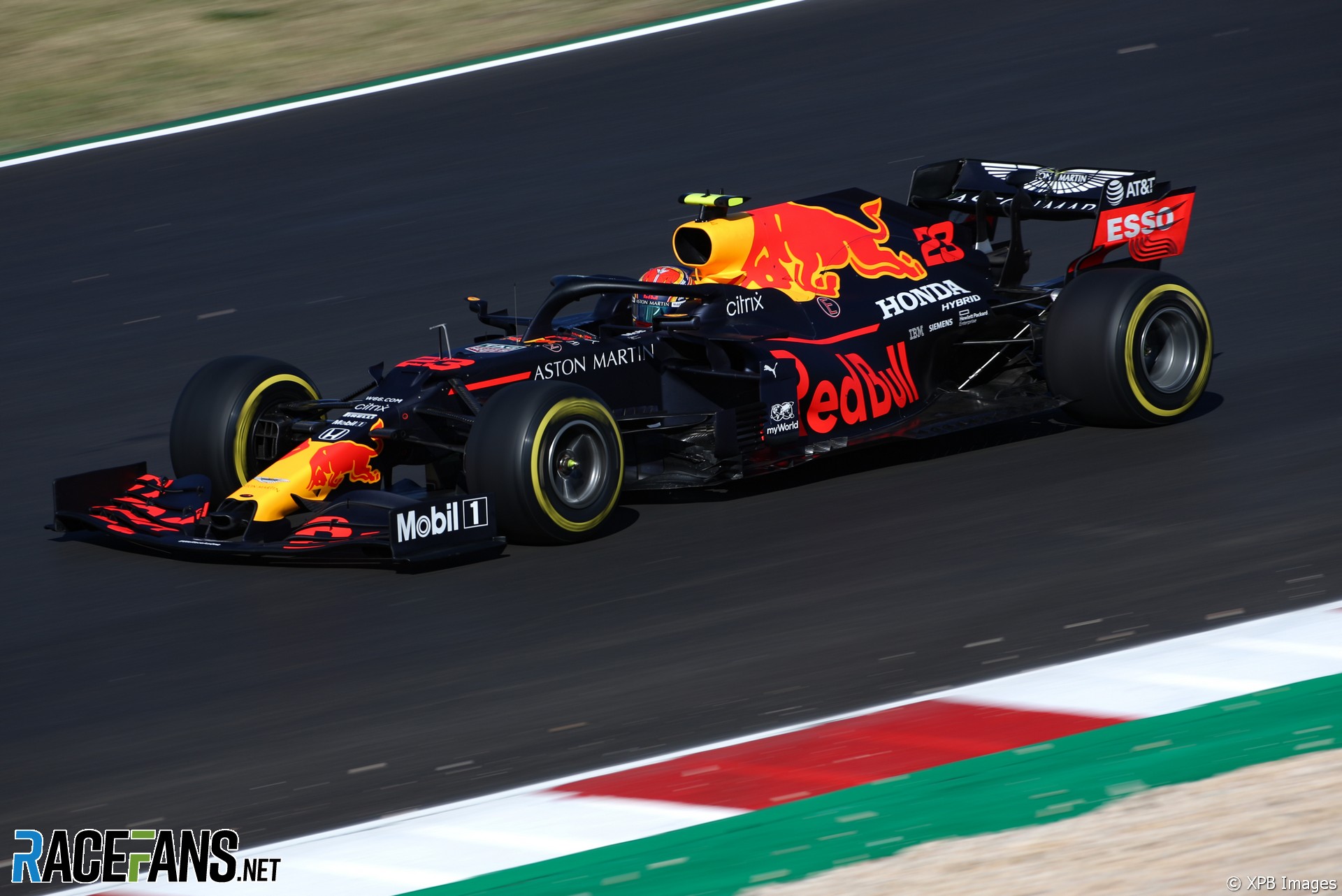 Alexander Albon says he has no set goals from Red Bull to meet in order to secure his seat with the team for the 2021 F1 season.

He qualifying sixth on the grid for the Portuguese Grand Prix, 0.533 seconds behind team mate Max Verstappen. Earlier this weekend to Red Bull team principal Christian Horner said Albon needs a “strong weekend” both in Portugal and at next weekend’s Emilia-Romagna Grand Prix.

“I know I’ve got to get the job done,” said Albon. “That’s no secret in this sport. Obviously, performance is priority, but there are no set goals in terms of statistics or anything.

“It’s just improvements and, of course, closing the gap to Max. That’s a very easy way to look at it. But in terms of that sense, I haven’t been given an instruction.”

Although Albon was outqualified by his team mate plus Charles Leclerc and Sergio Perez around the Autodromo do Algarve, the Red Bull driver believes he is getting stronger in qualifying as the season progresses.

“I feel qualifying has been improving,” he says. “Of course, there’s still a gap [to Verstappen]. But in general I feel like things are coming together a bit more and you just need good weekends, clean weekends. I think that’s important.”

Despite Horner’s comments having sparked fresh speculation in the media over Albon’s future with Red Bull, the 24-year-old said he pays no attention to any commentary on his position in the team.

“Truthfully, I don’t care what the media has to say,” Albon said in response to a question from RaceFans.

“I’m focussed on the relationship between me and the team and the lap time in the car. There’s nothing that’s going to change my lap time by looking at my phone. So I kind of focus on the stuff that matters.

22 comments on “Albon: I have “no set goals” to satisfy to keep Red Bull seat”