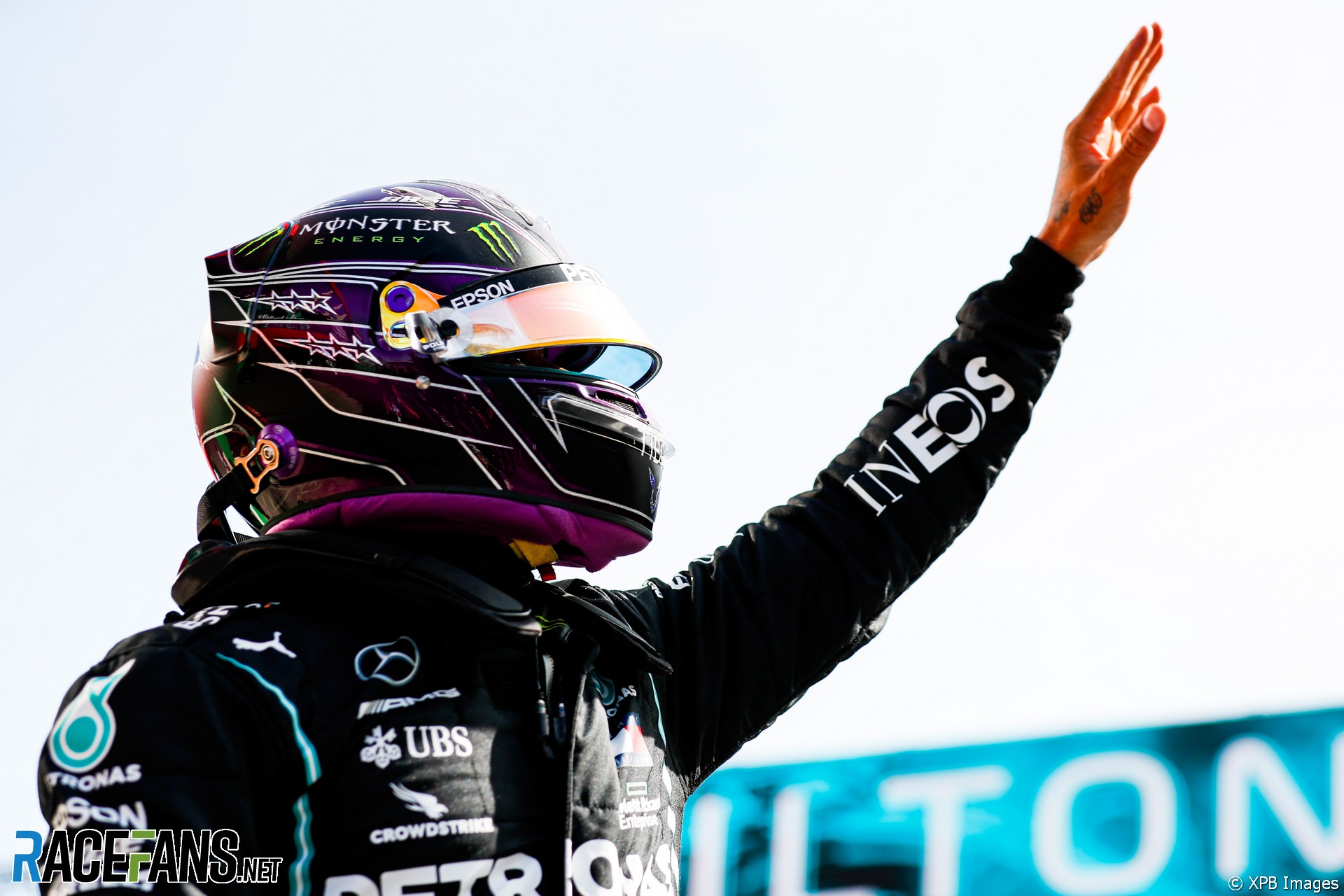 Lewis Hamilton says he doesn’t hide his true pace during practice, after again taking pole position despite trailing his team mate earlier in the weekend.

Valtteri Bottas set the fastest time in all three practice sessions for the Portuguese Grand Prix. But Hamilton beat him to pole position by a tenth of a second in qualifying.

Hamilton said he had gradually worked on improving his pace at the unfamiliar Autodromo do Algarve throughout the race weekend.

“It’s like building a wall,” he said. “You put one brick, the next, the next, and you just continue to improve throughout. There’s a lot of work that goes on in the background to try and fine-tune, to get the right, perfect setting for the brake bias and the diff and how you attack each single corner.

“It just doesn’t come easy. So I’ve been pushing all weekend. I generally think I’ve been driving really well all weekend. I’ve been really happy with my performances through practice, but he’s always been at the top.

“I really, really had to just continue to dig and continue to believe that I could eventually get there. So honestly coming across the line and getting the pole it was a great feeling, naturally, because we really had to work our socks off for it.”

Hamilton admitted he did try ‘sandbagging’ earlier in his career, but decided it wasn’t an effective approach.

“I don’t have anything to hide, I don’t hold anything back,” he said. “I’ve never, personally, felt that that’s worked.

“I remember when I was younger and in the lower categories some people tried doing that stuff. But I remember trying it when I was in Formula 3 or something like that and it never ended. So that’s never been something that’s part of my philosophy.”

28 comments on “Hamilton insists he doesn’t ‘sandbag’ during practice”