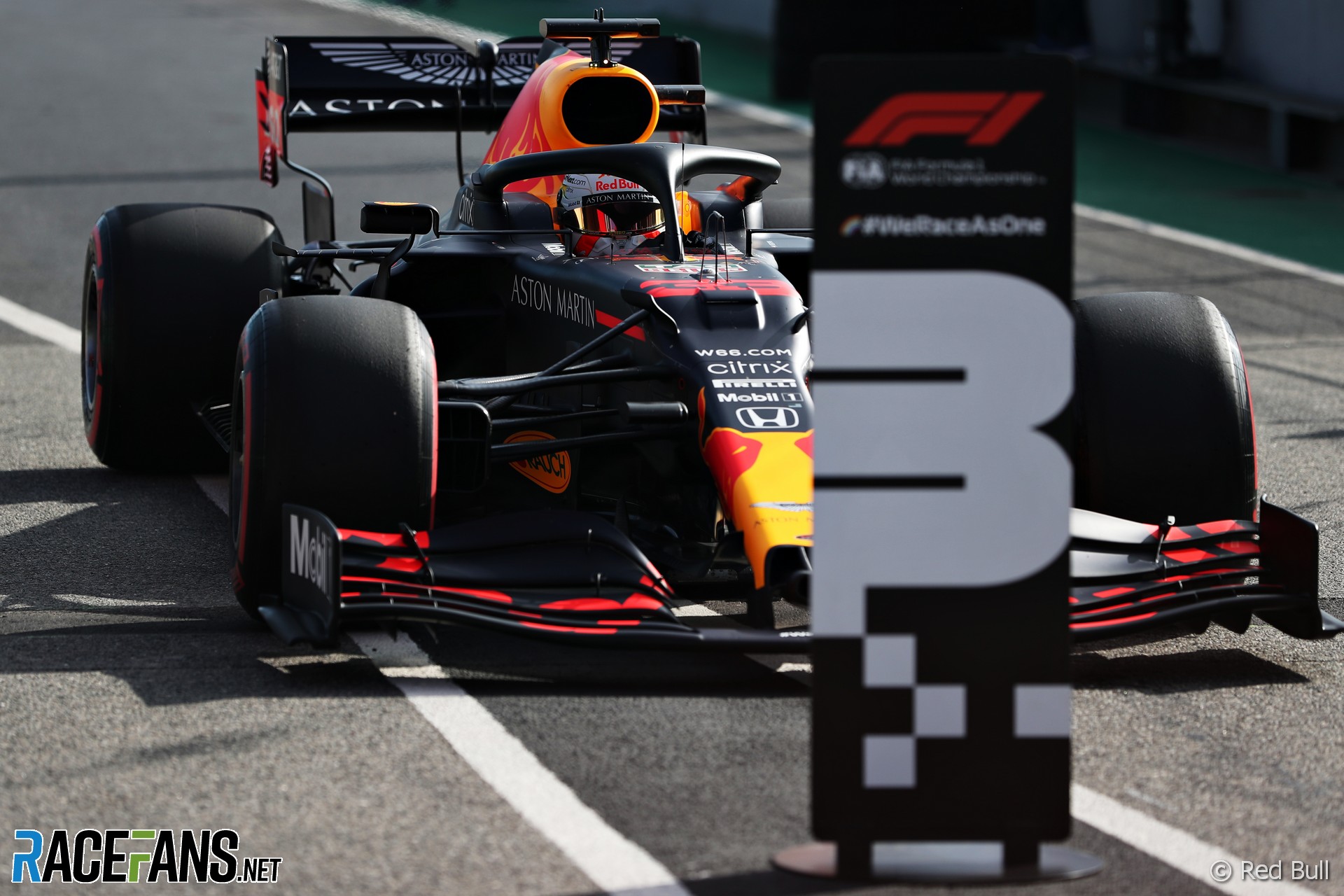 Mercedes have locked out the front row of the grid as usual, and while they’re going to be hard to beat, there are a lot of unknowns about F1’s first race at Autodromo do Algarve which could produce a lively grand prix.

How well will the tyres perform over a race distance? It’s hard to say, as the recently-resurfaced track is gripping up quickly and Friday’s practice session was disrupted, yielding little data on long runs.

What will be the best tyre for the race? Unexpectedly the hard tyre performed well on Friday, but the track surface has cleaned up a lot since then. Nonetheless, whether the drivers start on softs or mediums, the option of taking the hard tyre when they pit and running to the end looks realistic.

Moreoever, the normal mechanics of F1 race strategy may not entirely apply due to the very low-grip nature of the track. Fresh tyres may not offer an immediate advantage, making the ‘undercut’ effect less powerful.

The drivers’ choice of tyres could also have an important bearing on the start. Among the top four drivers on the grid, only third-placed Max Verstappen will start on the soft tyres. He will also enjoy the benefit of a starting position on the racing line which, given how new and green this track surface is, may convey a considerable advantage over second-placed Bottas.

Hamilton is concerned Verstappen’s advantage might last beyond just the run to the first corner. “I think it’s going to be a very tricky race, particularly when you’ve got the harder tyre,” he said. “It doesn’t really work for several laps.

“It’s going to be interesting at the beginning. Obviously we lose a little bit of performance to Max and the guys behind on the softs. I really don’t know what to expect.”

If there’s even half a chance to get in among the Mercedes drivers at the start, Verstappen will go for it – after all, he doesn’t have a championship to worry about.

The lack of past F1 races at this track makes it hard to judge the likelihood of Safety Car disruptions. But given the challenging surface and the number of spins we’ve seen so far, there’s a more than reasonable chance the race won’t run green from start to finish.

An early Safety Car will surely prompt the field to switch to hard tyres and try to eke them out to the finish. But exactly how a Safety Car restart plays out at this track will be interesting to observe. As at Mugello, where carnage broke out, it’s a long, fast run to the start/finish line.

“Restarts will be really difficult with the tyres, with the speed that the Safety Car goes, which I won’t comment too much on,” added Hamilton. “It’s going to be a tough race, that’s for sure.”

Like Verstappen, Hamilton will at least have the benefit of starting on the racing line. Starting off-line on medium tyres will be a challenge for Bottas and Leclerc. Sergio Perez, the second-highest soft tyre starter in fifth place, will be eyeing a chance to make gains at the start.

Alexander Albon, sixth on the grid, simply must have a better race than he did two weeks ago in Germany. With his chances of remaining at Red Bull, and possibly his entire F1 future on the line, his team will be expecting him to pull clear of the midfield and join his team mate and the Mercedes pair at the front.

Can any stop Lewis Hamilton for taking a record-breaking 92nd career win? Will the first race at Algarve produce some surprises?

Share your views on the Portuguese Grand Prix in the comments.