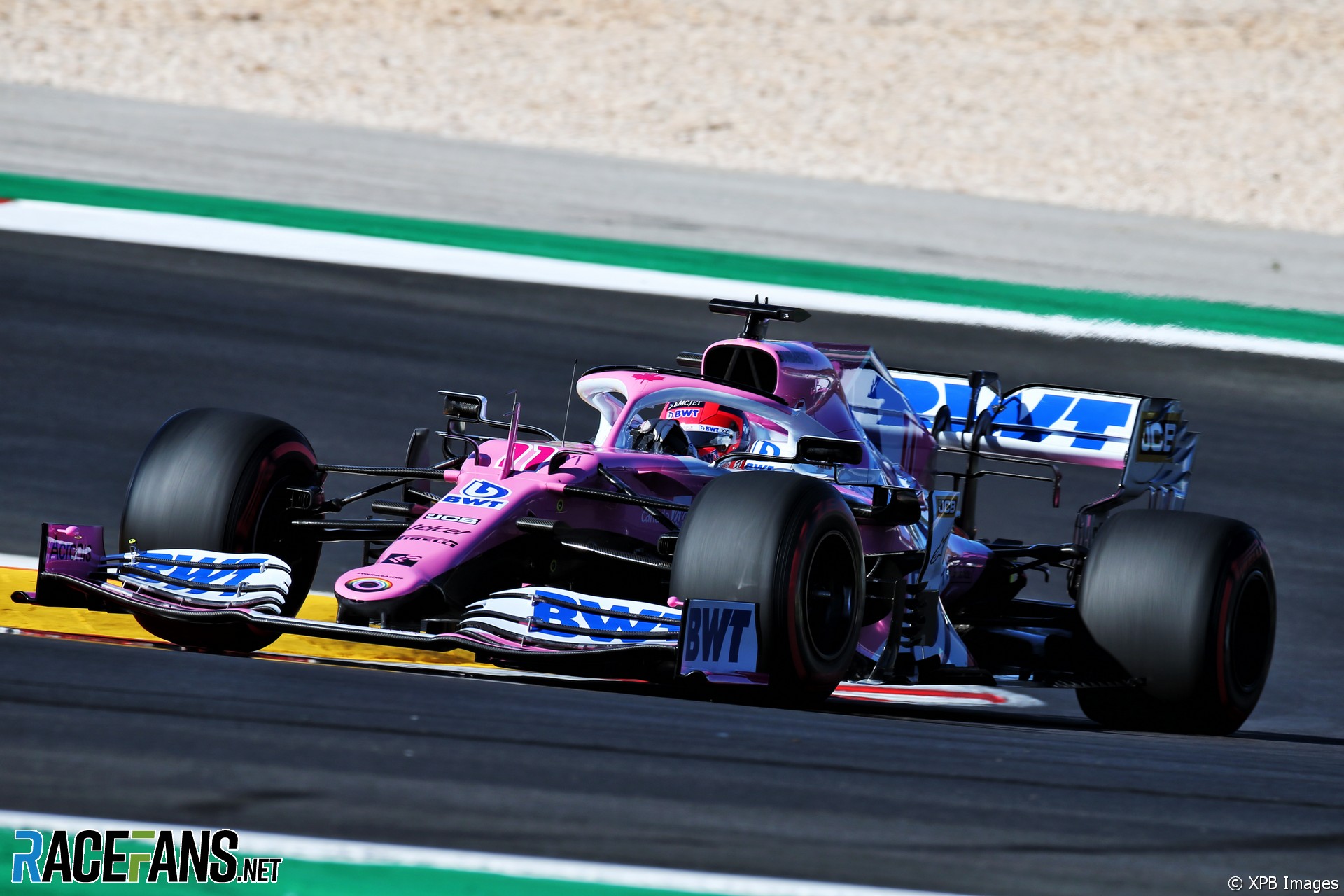 Sergio Perez has been given a formal reprimand for impeding Pierre Gasly during qualifying for the Portuguese Grand Prix.

The stewards ruled Perez “definitely impeded” Gasly but ruled the hilly nature of a Autodromo do Algarve contributed to the incident.

“Perez had just aborted his lap at turn 10, although he was still traveling at relatively high speed,” the stewards explained.

“The topography between turn 10 and turn 13 is very hilly, and the drivers have very limited vision of the cars behind them. Further, the time between the turns is very limited.

“At the apex of turn 13 Perez’s team [sent] a radio warning to him that Gasly was approaching at full speed. He immediately pulled to the left at the exit of the corner. However, at this point the fact that he was at the apex as Gasly approached definitely impeded Gasly.

“The stewards considered the difficulty to see that was apparent at this circuit, and compared this incident to others during the season. The stewards therefore felt that this fell on the very edge of being ‘unnecessary impeding’ (as is stated in the regulation) and issued a reprimand.”

The reprimand is the first Perez has been given this season. If a driver collects three reprimands during a year they automatically incur a 10-place grid penalty.