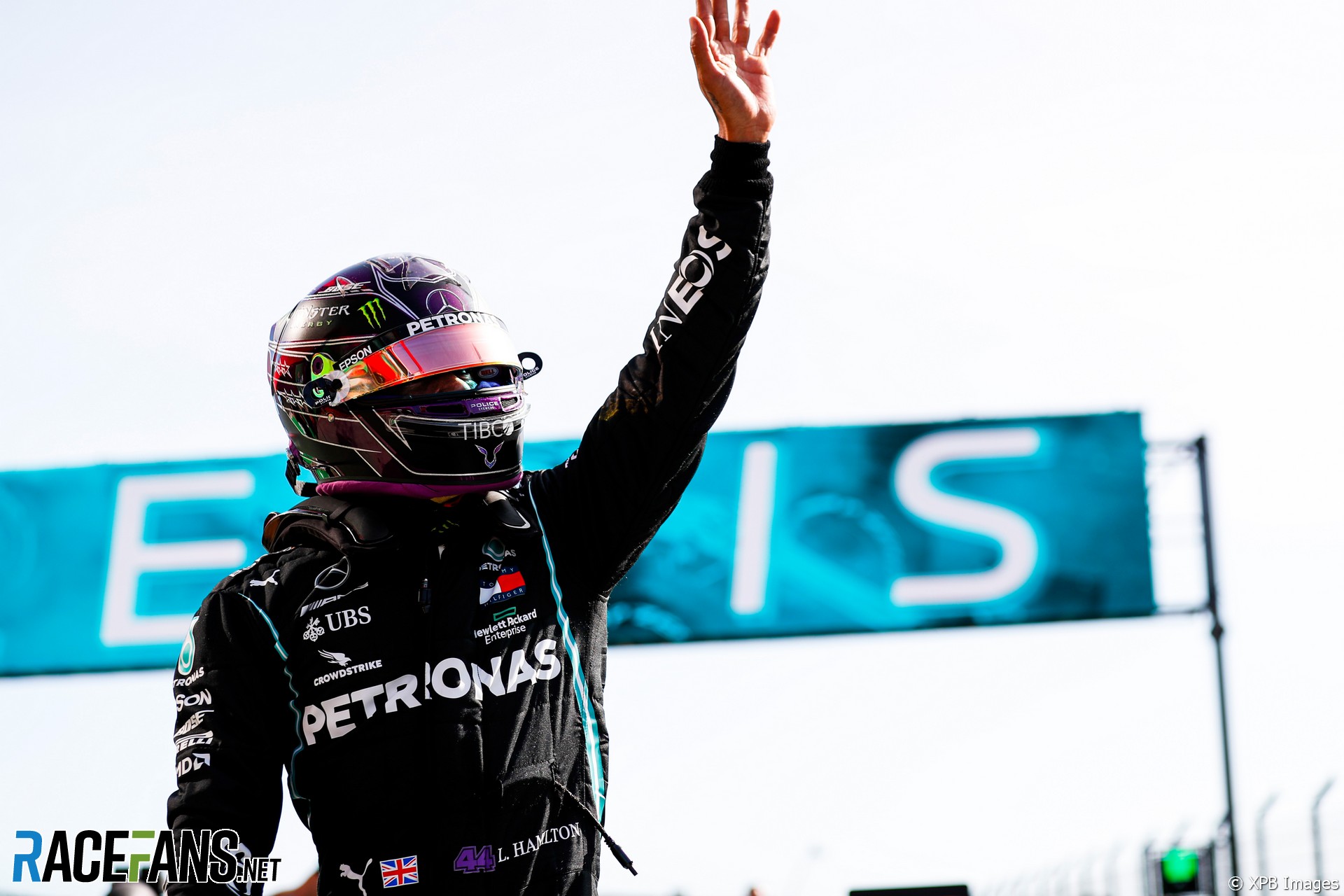 Lewis Hamilton has become the most successful Formula 1 driver in the history of the sport in terms of race wins.

His victory in the Portuguese Grand Prix is the 92nd of his career, breaking the record previously held by Michael Schumacher.

He could have had many more wins already. Further victories surely lie ahead of him. But how many? What will F1’s record for most grand prix wins look like once Hamilton hangs up his helmet?

As things stand, Hamilton does not have a contract to continue racing in the 2021 F1 season. But a new deal with Mercedes is widely regarded as a formality, for obvious reasons. With the technical regulations changing little between this year and next, he can be very confident he will have a championship-contending car underneath him if he stays.

Following a year of disruption due to Covid-19, the 2021 F1 calendar is expected to resemble something more like a return to normality – at least, that’s what the championship promoters are aiming for. Expect north of 20 races.

Beyond that Hamilton’s future course is harder to predict. He has indicated he’s keen to stick around to drive the new generation of F1 cars which will arrive in 2022.

Meanwhile F1’s regulations are increasingly geared towards ending the domination Mercedes has enjoyed since 2014. A budget cap will arrive next year, car development will be handicapped based on championship positions and tighter aerodynamic rules should offer less scope for one team to gain an advantage.

How successful those rules are, and how long Hamilton stays around to compete at a time when his interest outside F1 increasingly consume his attention, are the key questions which will determine how many races he can win.

Since 2014 Hamilton has won at least nine races per season. Even on F1’s truncated 2020 schedule he’s already taken eight. The odds are therefore strong that he will reach a century next year.

I suspect – and sincerely hope – we will see a more competitive championship from 2022. But Hamilton is at the peak of his abilities at the moment and can expect to have the best engine behind him, irrespective of whether a freeze is introduced.

Therefore I suspect he will keep on winning, if not at quite the rate he can achieve now. I also doubt he’s interested in racing on into his forties as some of his rivals are.

Given his recent remarks, I suspect we’ll see Hamilton stick around for another three years, by the end of which he’ll have 120 wins to his name.

How many races do you think Hamilton will have won by the end of his Formula 1 career? Cast your vote below and have your say in the comments.

How many races will Lewis Hamilton win by the end of his F1 career?

56 comments on “How many F1 races will record-breaking Hamilton win?”