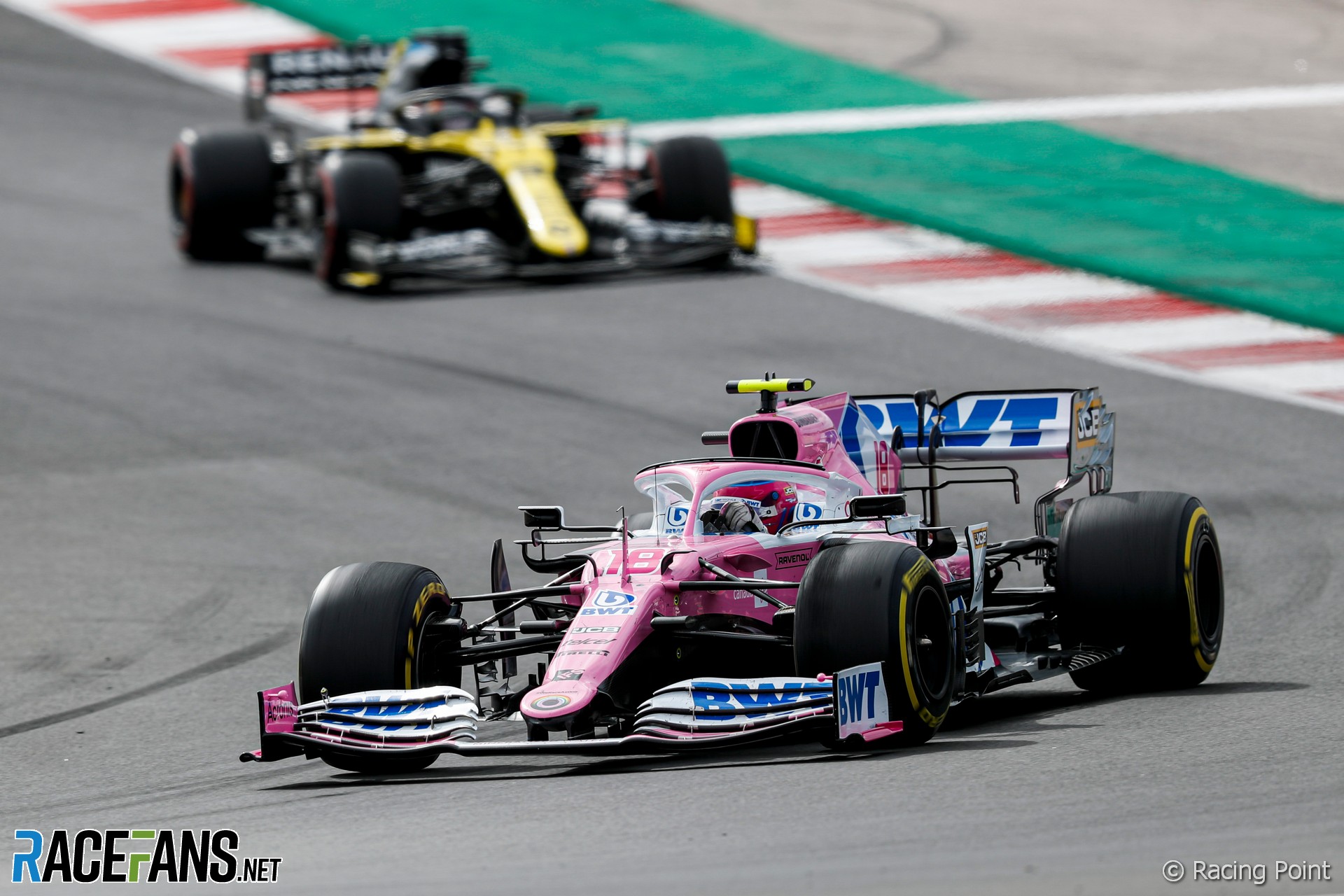 Lance Stroll has been given a total of three penalty points for the incidents he was involved in during the Portuguese Grand Prix, including his collision with Lando Norris.

The stewards held the Racing Point driver responsible for the crash with the McLaren at turn one, ruling Norris left him enough room to avoid a collision.

“Stroll made a late move around Norris at the end of the main straight. He then drove straight towards the apex of turn one while Norris was still partially alongside.

“Norris moved as far to the apex as he could just avoiding the aggressive sausage [kerb] on the inside, and thus did everything he could to avoid the collision. The stewards determined that Stroll was predominantly at fault for the collision.”

Stroll was given two penalty points for that collision, and a further penalty point for repeatedly violating track limits during the race. He also received two five-second time penalties.

Romain Grosjean and Daniil Kvyat were also given one penalty point and a five second time penalty each for “leaving the track on multiple occasions” without a justifiable reason.

The penalties leave Kvyat on five penalty points, Stroll on three and Grosjean on one.

Kvayt was also cleared of failing to respond to blue flags when Valtteri Bottas appeared behind him during the race.

The stewards ruled “Kvyat did pass blue flags in multiple sectors” but “Bottas had just exited the pits on hard tyres and had been passed by several cars including Kvyat.

“The stewards reviewed the on-boards from following cars and noted that it was several sectors before Bottas had full grip, at which point Kvyat did let him by.”

A late-race incident involving Sergio Perez and Pierre Gasly at turn one, where Perez made a late defensive move against the AlphaTauri driver, is also under investigation.