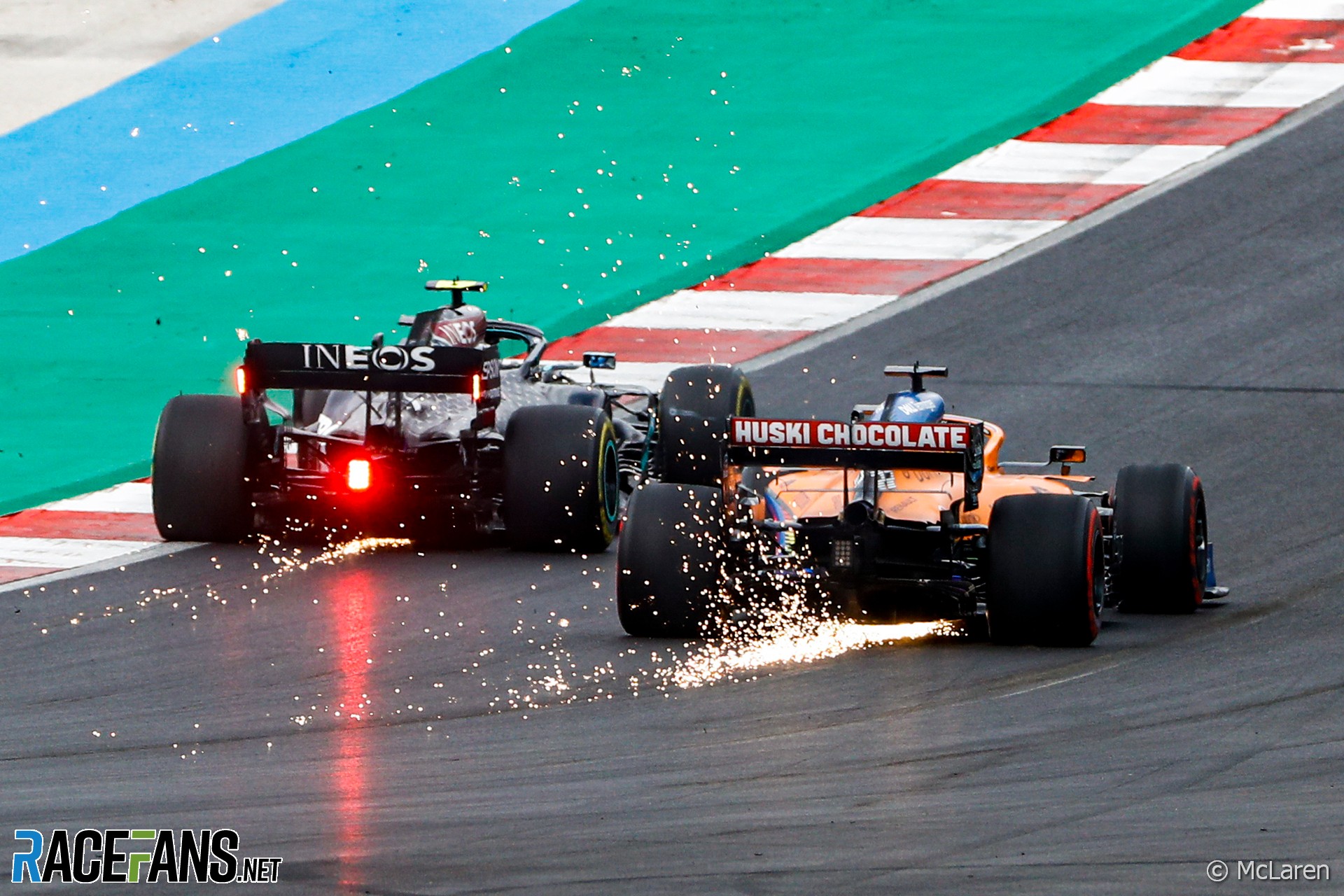 In the round-up: McLaren team principal Andreas Seidl says the team’s four-lap spell in the lead will give them added motivation as they seek to narrow the gap to the top teams.

Carlos Sainz Jnr took the lead on the second lap of the race, while Lando Norris officially ran as high as fourth:

Obviously we have some nice pictures which we will put up at home for additional motivation in order to keep us going towards a goal we all have to get back to the front in Formula 1 in the coming years. So that gave a nice taste, it was good to see, to have some leading laps.

But at the same time it’s also clear that we had to focus on our own race, the race we were in. And so we were quickly back and then we were in the fight where we belong to. And then with the additional graining that we suffered on both cars at the beginning of the race we dropped even further back and had to make our way back with Carlos.

But it was interesting to see from Carlos and Lando, they like these conditions also. Of course we had an advantage with the soft tyres compared to the guys on the medium tyres, to the Mercedes and Carlos. But compared to Verstappen who was also on soft tyres Carlos put up a good show and was actually pulling a nice gap, within some laps. But then we quickly back to reality.

"P19 is 35 seconds ahead."
Stroll: "So what are we doing right now Brad? Should we not be saving the engine or something?"
"At the moment we're hoping rain will come." #F1 #PortugueseGP

The mission statement for the Red Bull young drivers programme is to take young, gifted drivers – crush their confidence at the race track and use the media to undermine them away from it. Or am I misunderstanding something?

Cyril Abiteboul: "We came away from Germany with a great buzz after Daniel’s podium, it is therefore very disappointing to see that the car has struggled massively for grip all the way through the weekend."

Daniil Kvyat "It was a bad race, there wasn’t much to do after the first lap as I was already in a bad position. It was quite difficult, something felt wrong with the tyres, like they weren’t heated enough, and I just struggled for grip for the first few laps. The wind didn’t make the situation any easier but it’s normal, these conditions are always very tricky."

Alonso: 'The whole environment of F1 is so extreme, you can't find that elsewhere' (The Telegraph)

"I think (Hamilton and Michael Schumacher) have an amazing talent. They are legends of the sport and they capitalised on the machinery that they had in the right moment. They didn’t make any mistakes and they nailed it every time that they put the helmet on. They both deserve to be the two best in the sport."

Otmar Szafnauer: "I think the resulting penalty was unfair because Lance was ahead going into the apex and it was just a racing incident. There was significant damage to the car – the floor especially – and despite Lance persevering we chose to retire the car as a precaution."

George Russell: "It was a good race, the car felt great and the pace was strong. I had some massive moments behind Ocon when I was trying to overtake him and Alex (Albon), and another behind Giovinazzi later in the race. It is a shame that every time we have a good result there is not a chaotic race in front of us, and today again there was only one retirement."

Mattia Binotto: "Now we must confirm the progress seen in recent races as we go into the last part of this championship. We are still a long way back in the Constructors’ Championship but it’s possible to make up ground: this must be our target and we must do everything to achieve it."

VeeKay to return to Carpenter in 2021 (IndyCar)

"I feel like an entirely different driver than I was at the beginning of the year. The team has been so patient with me and given me every opportunity to learn as much as possible. I have a great group of guys around me and I can’t wait to have that same amazing support next year."

@Mashiat doesn’t see a move to Mercedes for George Russell in the near future:

I’m not sure why people seem to believe Mercedes will promote Russell for 2022. As they have proved, they are more than satisfied with the Hamilton-Bottas partnership, and Russell still hasn’t proved himself up against a top driver in F1.

People were calling for Ocon to replace Bottas after he beat Perez 17-4 in qualifying, and now he is 11-1 against Ricciardo and nobody particularly rates him as a top driver anymore.

And if it’s as a replacement for Hamilton, I’m not sure Mercedes would be brimming with confidence at a Russell-Bottas line-up to beat Verstappen and Red Bull, especially from 2022.
@Mashiat