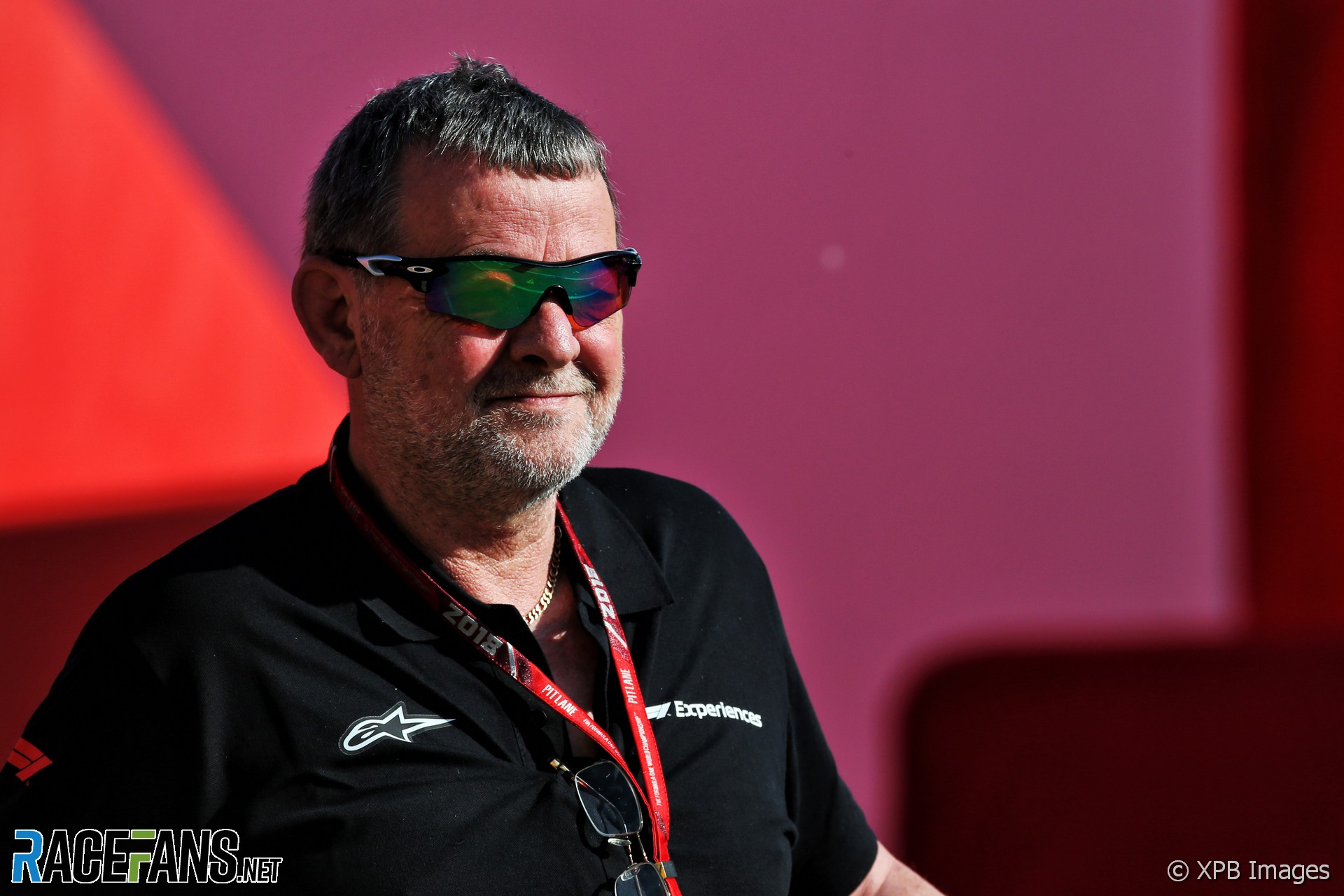 Speaking to RaceFans in an exclusive interview Stoddart, who ran Minardi prior to its sale to Red Bull at the end of 2005 and recently operated F1’s two-seater car programme, admitted he has considered returning to the sport.

“It’s certainly interesting at the moment because the budgets are being pulled back,” said the European Aviation boss. “So where the budgets, to a degree, got out of control, I do feel that it is getting a bit more sensible.”

Stoddart sees “a chance [that] there will be private teams coming” in the near future. “I’m not sure it will be ’22, but I think there’s a chance that F1 might become a bit more sensible. But a lot depends on what they do with the engine regs in ’25 or ’26.”

F1 has made good decisions in recent years, said Stoddart, including the hiring of former Ferrari team principal Stefano Dominicali to take over from Chase Carey as CEO, which he called an “excellent choice”.

Any new entrant to the sport which would increase the size of the current grid beyond 10 teams will have to make a $200 million “anti-dilution” payment which is shared between the other competitors. Stoddart said taking over an existing team will therefore be a far more appealing option for those looking to enter the sport, and believes there are two options on the grid.

“Gene Haas has got to make his decision what he’s going to do and Alfa Romeo are going to make their decisions. And that’s assuming that Renault is going to keep going because I’m not completely convinced they are. Time will tell.

“So I think there will be teams come up from time to time that can be bought for less than that 200 million entry fee. If I was somebody looking to get back in, I’d be looking at buying a team, not starting a new one, even though we have all the facilities to do it.”

Other teams have already changed hands in recent seasons including Racing Point, which took over the assets of the former Force India team. “You saw them virtually run out of money and go into administration but then obviously along comes Lance Stroll’s father and bails them out with a consortium that now means they’re set up for life.

Stoddart admitted the new regulations led him to consider a return to F1. “When we were there as the 11th team with the F1x2 [two-seater] I had a bit of information that things were going to go kind of the way they have gone in terms of the new deal.”

A Haas-style operation would be a realistic option for Stoddart, he said. “I’ve got about 90% of what I need. I’ve got all the facilities: I’ve got the trucks, the motorhomes. And, to a certain degree, a lot of the people, we’ve still got our car build capacity. So for us to set up like a Haas where you contract a lot of stuff out and have a team of 100, 150 people, that wouldn’t be too difficult.”

However he admitted returning to F1 would be a significant distraction from his aviation business. “I was thinking about it quite seriously in 2018, not quite so much in 2019 because we were going in a different direction with the company and ploughing squillions of dollars into aviation.

“If I went back into F1 it’d be a bit of a distraction because, to be honest, I absolutely love it. I would give it 110 percent because you have to with F1, it’s all consuming and so it would be much harder to run my other businesses.”

Part two of our exclusive interview with Paul Stoddart on Minardi’s final season in Formula 1 will be published today on RaceFans. Read part one in last week’s RacingLines column