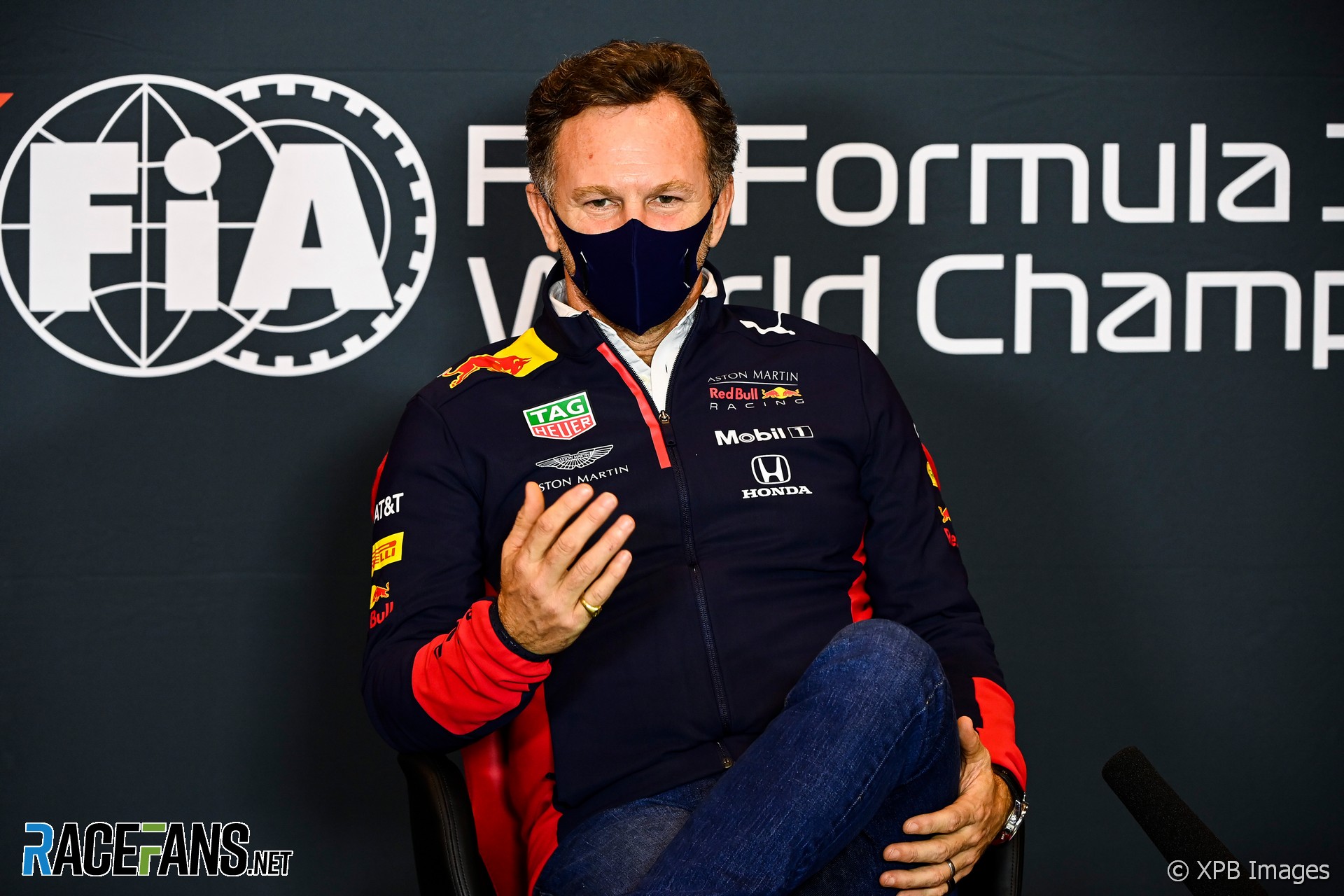 Red Bull team principal Christian Horner rejected Pierre Gasly’s claim they did not explain why he wasn’t considered worthy of a return to the team in 2021 despite his strong campaign this year.

Gasly joined Red Bull at the start of 2019 but was replaced by Alexander Albon halfway through the year. Albon has endured a difficult 2020 campaign but Gasly has thrived at AlphaTauri, scoring a shock win at Monza, and closing to within one point of Albon in the drivers championship.

Nonetheless this week AlphaTauri confirmed Gasly will remain in their line–up for 2021. The driver told media at Imola today that Red Bull had “not really” given him an explanation for why they didn’t want him back.

Bur Horner rejected that claim, saying “it’s been made very clear” to Gasly why Red Bull has not recalled him. Horner said AlphaTauri should be considered more of a competitor in its own right rather than a junior team for upcoming talent, and therefore is a suitable home for Gasly.

“He’s a key part of the AlphaTauri team,” said Horner. “AlphaTauri has got different aspirations than that of Toro Rosso. It’s not just purely a junior team it’s more a sister team, as I’ve previously stated.

“He’s on a long-term contract with Red Bull for the next several years. We have all the information that we need on Pierre and I think he’s been made very aware throughout the discussions that his future has always laid with AlphaTauri simply because of the evolving nature of that team and the aspirations of that team.”

Regardless of AlphaTauri’s change in status, Albon made it clear he wishes to remain at Red Bull. “It’s every driver’s dream to race for a top team like Red Bull and my intention is to stay here,” he said in response to a question from RaceFans.