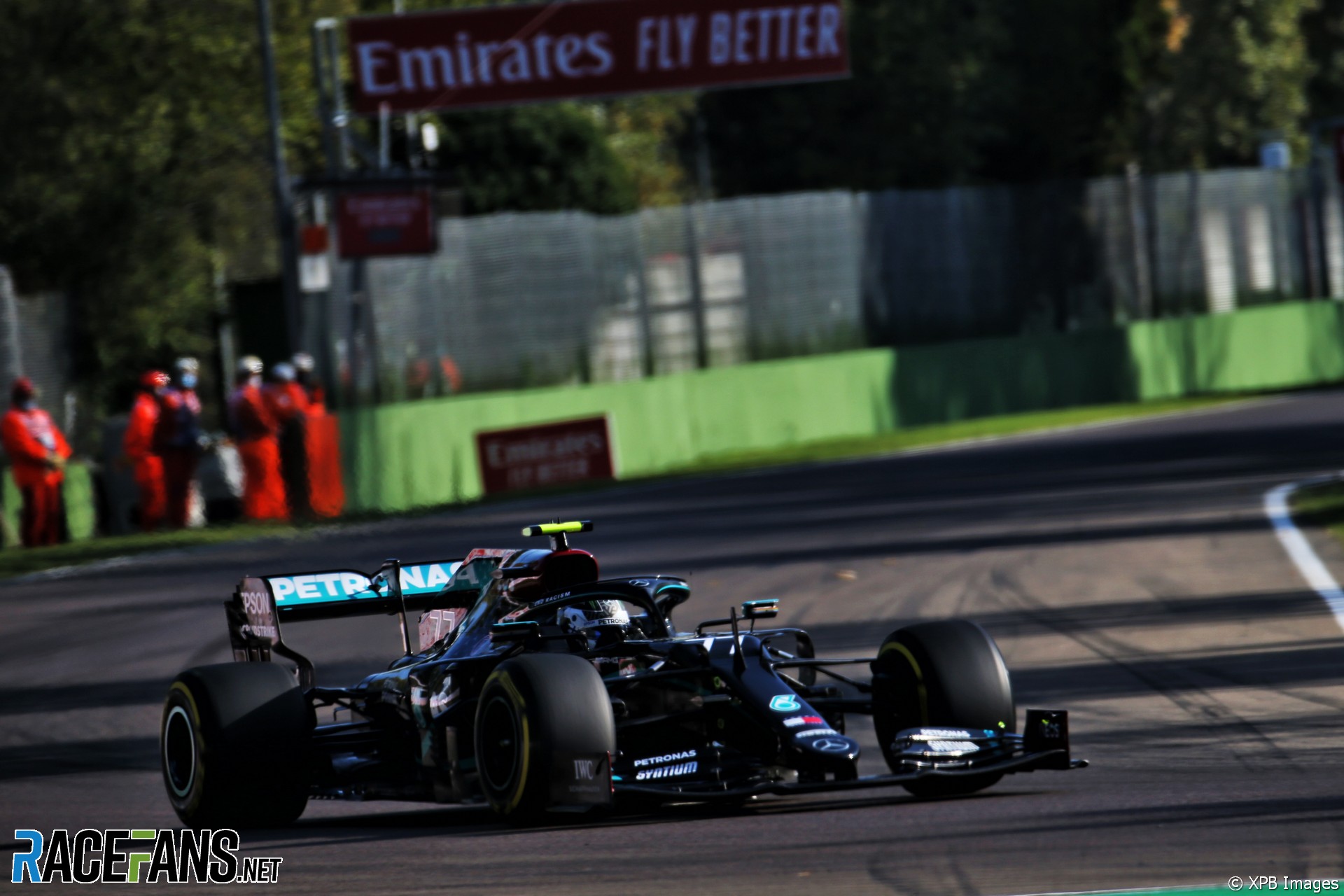 Valtteri Bottas said he “had the shakes” after snatching pole position for the Emilia-Romagna Grand Prix away from his team mate with the final lap of qualifying.

The Mercedes driver took his fourth pole position of the season at the Imola circuit beating, Lewis Hamilton by less than a tenth of a second.

Bottas says he was shaking with excitement after crossing the line to take pole from his team mate.

“I knew I had to improve on my last lap and I found those small gains that were needed,” says Bottas. It’s a great feeling when you get those.

“I really enjoy this track. When you push flat-out, it’s beautiful. I definitely had the shakes after, so it was pretty fun.”

With only a tenth of a second separating him from his team mate, Bottas said his run through the first and final corners of the Imola circuit that made the difference.

“Turns two and three [Tamburello] were something that I was really working on today and then we got there at the end,” he explains.

“The last couple of corners as well I struggled with instability with the car when I tried to risk and go for it. I knew on the last lap I had to try, so I risked it and the car managed to turn in nicely and it was good.”

Bottas says he expects to come under severe pressure both from Hamilton and Max Verstappen in third during the start of tomorrow’s race.

“It’s one of the longest runs to turn one on the calendar, so no doubt Lewis and Max will be chasing me. But it’s a good place to start. Hopefully the pace is good.”