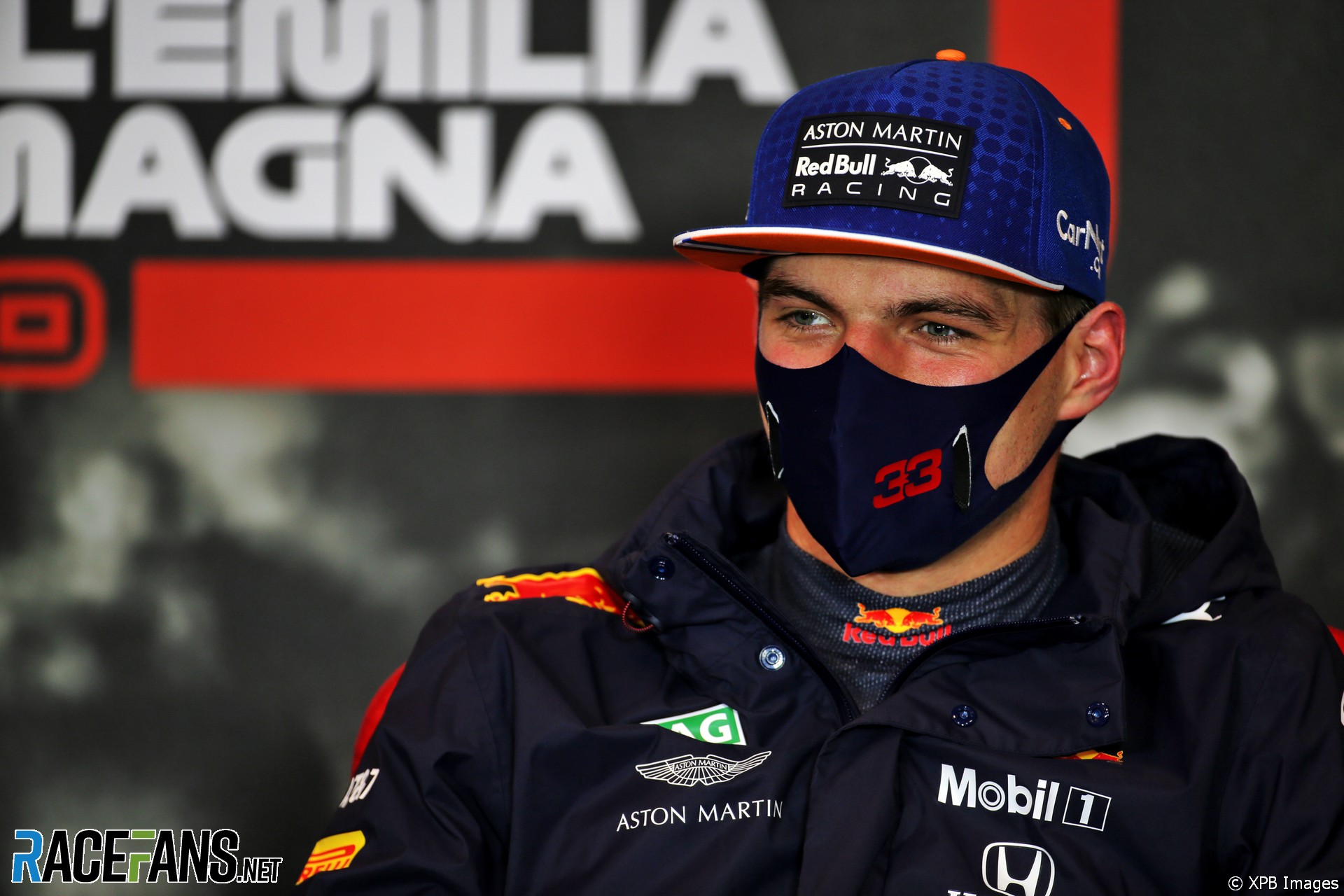 Max Verstappen says Red Bull are losing more time to their rivals on the straights at some circuits.

He also believes the team have become less competitive in races compared to qualifying sessions this year.

Red Bull have reduced Mercedes’s advantage over the course of the season but Verstappen has only scored a single victory so far, in the 70th Anniversary Grand Prix at Silverstone in August. The fluctuations in the gap between the two have been “track-dependent”, Verstappen said.

“Where you are, for example, clipping a lot, it seems like we are a bit more prone to that,” he explained in response to a question from RaceFans. “So of course you lose a bit more lap time on the straights.

“Maybe compared to last year as well, it seems like last year from qualifying to the race we would gain a bit, and it seems like maybe now qualifying [is] a little bit better and then in the race, we struggle a bit more with that. But it’s not on every track.”

Red Bull got within two-tenths of a second of Mercedes in the Eifel Grand Prix at the Nurburgring, which was their strongest performance over a single lap so far this year.

“Nurburgring wasn’t that bad,” said Verstappen. “I think we were quite competitive. It was just a few corners where it seemed like it was struggling a bit and that’s why Lewis [Hamilton] was just opening the gap on me.”

Verstappen finished almost 35 seconds behind Hamilton at the last race in Portugal after losing a lot of time in the damp conditions at the start.

“The last race, I just find it very tricky to comment on that one because of, first of all, the first lap but also the Tarmac and everything, I was on a different strategy. So I don’t think there is a trend.

“I just see that when you are a bit more limited with the energy you can use over a lap in the race it seems like we don’t have the same amount of release, at least on the straights, so we’ll have to work harder to try and improve that.”

Red Bull’s engine supplier Honda will leave Formula 1 at the end of the year. The team wishes to take over the engine supply for 2022.

Asked by RaceFans whether he thought that was the best decision for the team, Verstappen said: “I don’t know how to comment on that to be honest, I guess we just have to wait and see what’s going to happen.

“We had two retirements this year, but I think in general they’ve done a great job. I’m very happy to work with Honda, they’re great guys. They are very, very motivated and they will never give up and I like that mentality.”