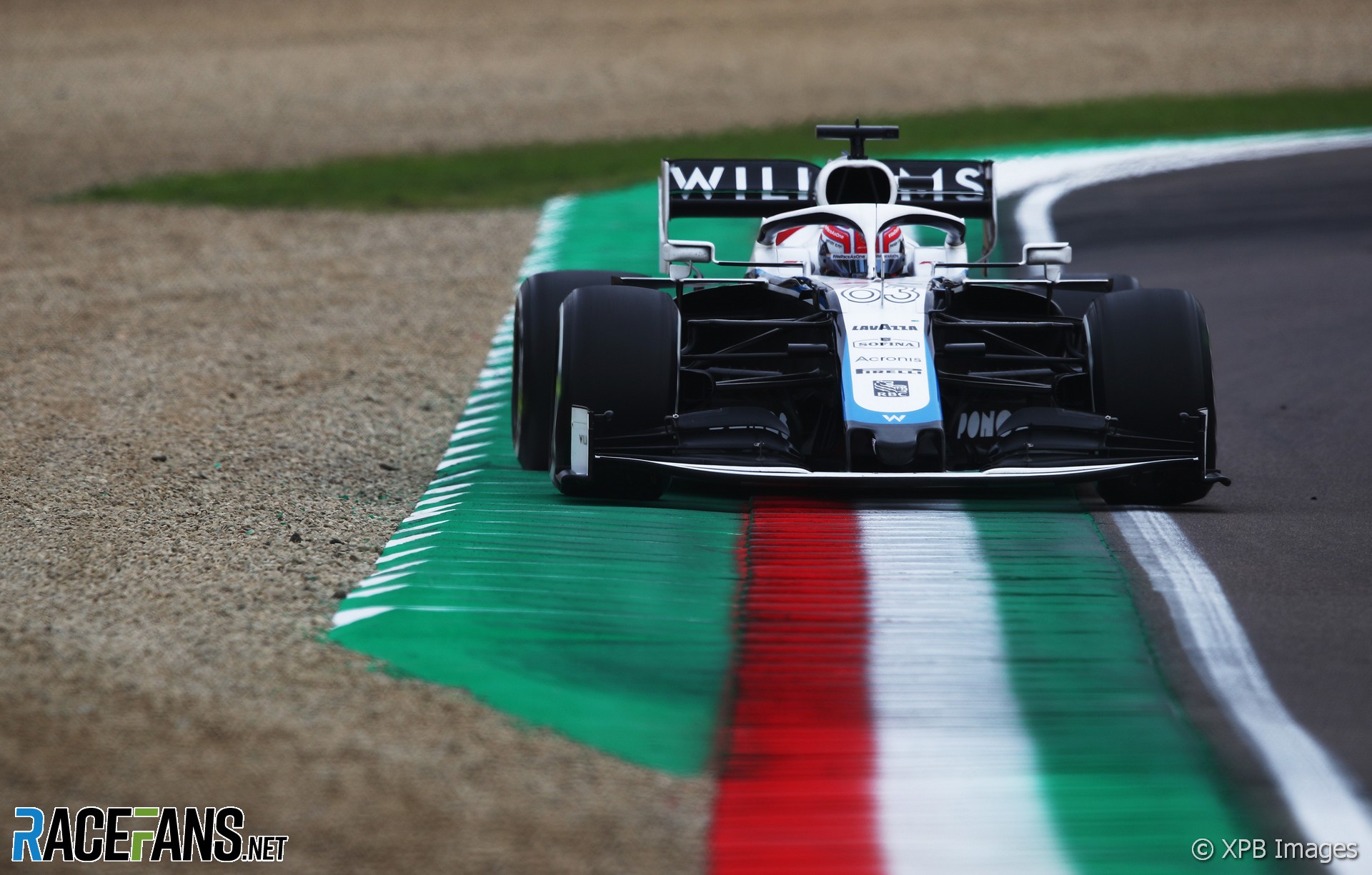 George Russell says his crash during the Safety Car period which took him out of a points-paying position at Imola was the “biggest mistake” of his career.

The Williams driver was running in 10th place under the Safety Car on lap 53 when he lost control of his car on the downhill approach to Acqua Minerale and crashed into the barriers and out of the race.

Russell says he has no excuses for the error caused by trying to warm his 40 lap old hard tyres under the Safety Car.

“It’s definitely the biggest mistake I have ever made in my career,” says Russell.

“I was pushing like hell from the start to finish. Under the Safety Car, I was just giving it absolutely everything to keep the tyres in. Really trying to find the limit.

“There are absolutely no excuses. I hit a small bump as I changed gear and I was already in the wall before I could save it. It’s just absolutely gutting.”

Russell, who is yet to score a world championship point in his career so far, was running in 10th place and in contention for Williams’s first point of the season before the crash.

“I’m kicking myself even more because previously in junior series if I were to make a mistake and, say, lose a race, you know that you go to the next one and you’re in that position again,” Russell says.

“I think the team did an amazing job this weekend. There’s a lot of things to take away that were positive to be in that position.”

The Williams driver says he believes he would have been able to hold off Kimi Raikkonen at the restart despite the Alfa Romeo being on fresh soft tyres.

“We set the car up to have good straight-line speed this weekend,” Russell explained.

“I knew it would be very difficult to hold Kimi up. That is why I was pushing so hard, because I just saw the tyre temperature plummeting and he was obviously on new hot tyres.

“I think we could have [held Raikkonen off]. I think we had enough of a pace advantage on the straight to be able to hold him off. It would be very, very tricky, but I believe I could have held him off.”