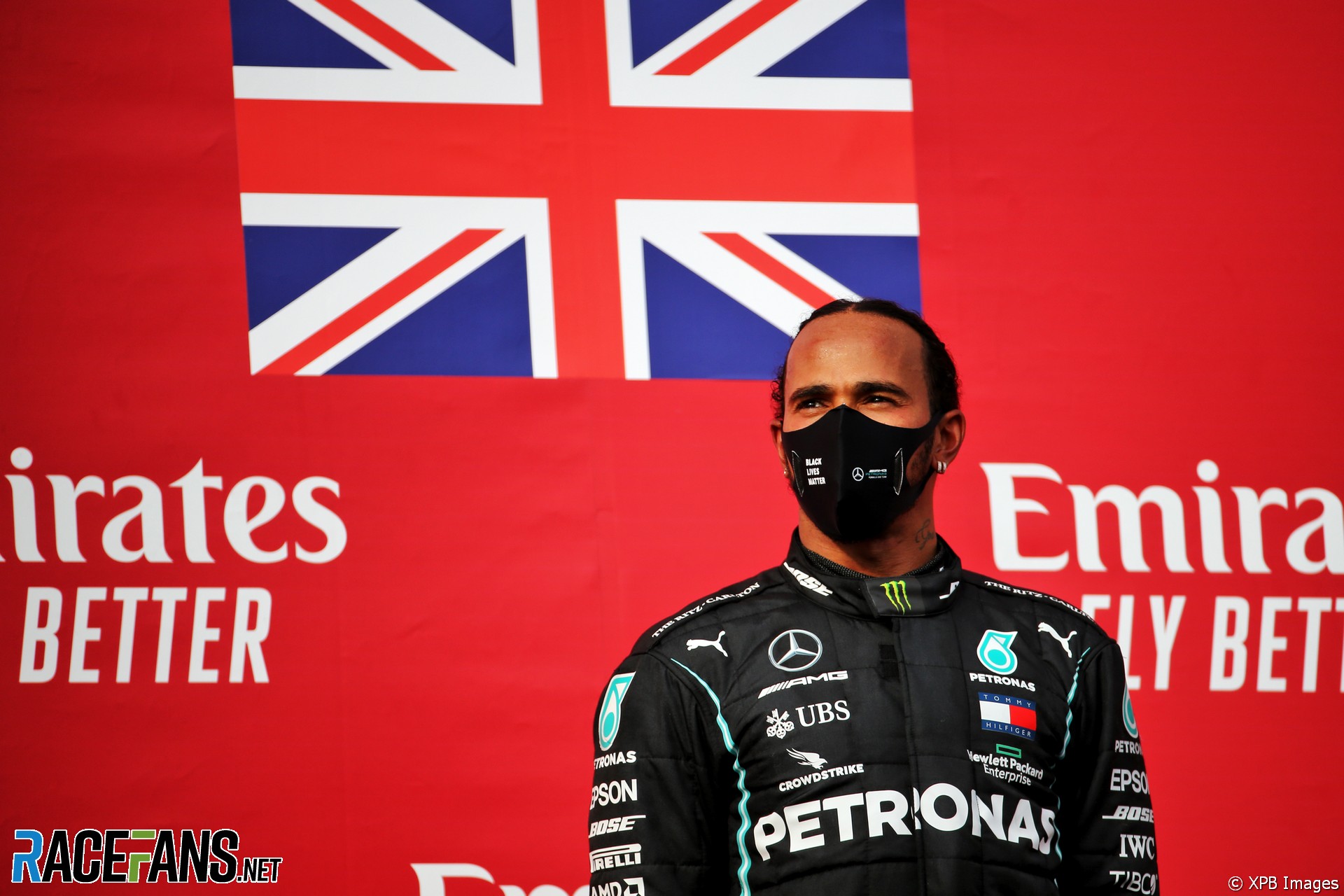 Lewis Hamilton indicated he is not certain he will continue racing in Formula 1 next year when discussing team principal Toto Wolff’s future at the team.

Wolff said today he is considering who could take his place at the team if he decides not to continue in charge of the seven-times world champions next year.

Asked whether that might have a bearing on his future, Hamilton said: “I don’t even know if I’m going to be here next year so it’s not a concern for me at the moment.”

Hamilton’s contract to drive for Mercedes expires at the end of this season. The six-times world champion said he has discussed his future at length with Wolff. “I understand and we have a lot of deep conversations, Toto and I, so I’m very, very aware of where he is mentally and we share and carry a lot of the weight together, I think.

“I’ve been here a long, long time. I can definitely understand wanting to pull back a little bit and give more time to family and those things.

“It’s not just one person, this team, it’s not just about one person. It’s a collective of a lot of people. Toto doesn’t build the car. It’s a real team effort. But I’m supportive of him, whatever he wants to do, moving forwards.”

Asked how realistic the possibility he might not race in F1 next year is, Hamilton said: “We’re in November and it’s crazy that Christmas isn’t that far away. Naturally I feel great, I feel very strong and I feel like I could keep going for plenty of months.

“So I don’t know. You mentioned about Toto and shelf life, there’s multiple things that do stay on the top of my mind. I would like to be here next year but there’s no guarantee of that, for sure. There’s a lot that excites me of the ‘after-life’. So time will tell.”

Hamilton’s victory in today’s Emilia-Romagna Grand Prix helped Mercedes clinch a record-breaking seventh consecutive constructors’ title. In the podium interview he said it had been an “exhausting race [with] the speed that we were having to go at.”

“It’s just very overwhelming right now because I look at my crew, this team here, and I know all the men and women back at the factory in Brackley and Brixworth – they’re the unsung heroes they’re the ones who have really grafted away, never given up and just continued to elevate and innovate.

“People watching maybe think we’re used to this, but it always feels like the first time with this team and I think that’s because of the spirit. So I’m forever grateful to everyone to even be a part of it. To be a part of breaking a record like this. No team has done this before.”

“Seven-time champs – that’s something I’m going to be able to tell my grandchildren one day,” he added.