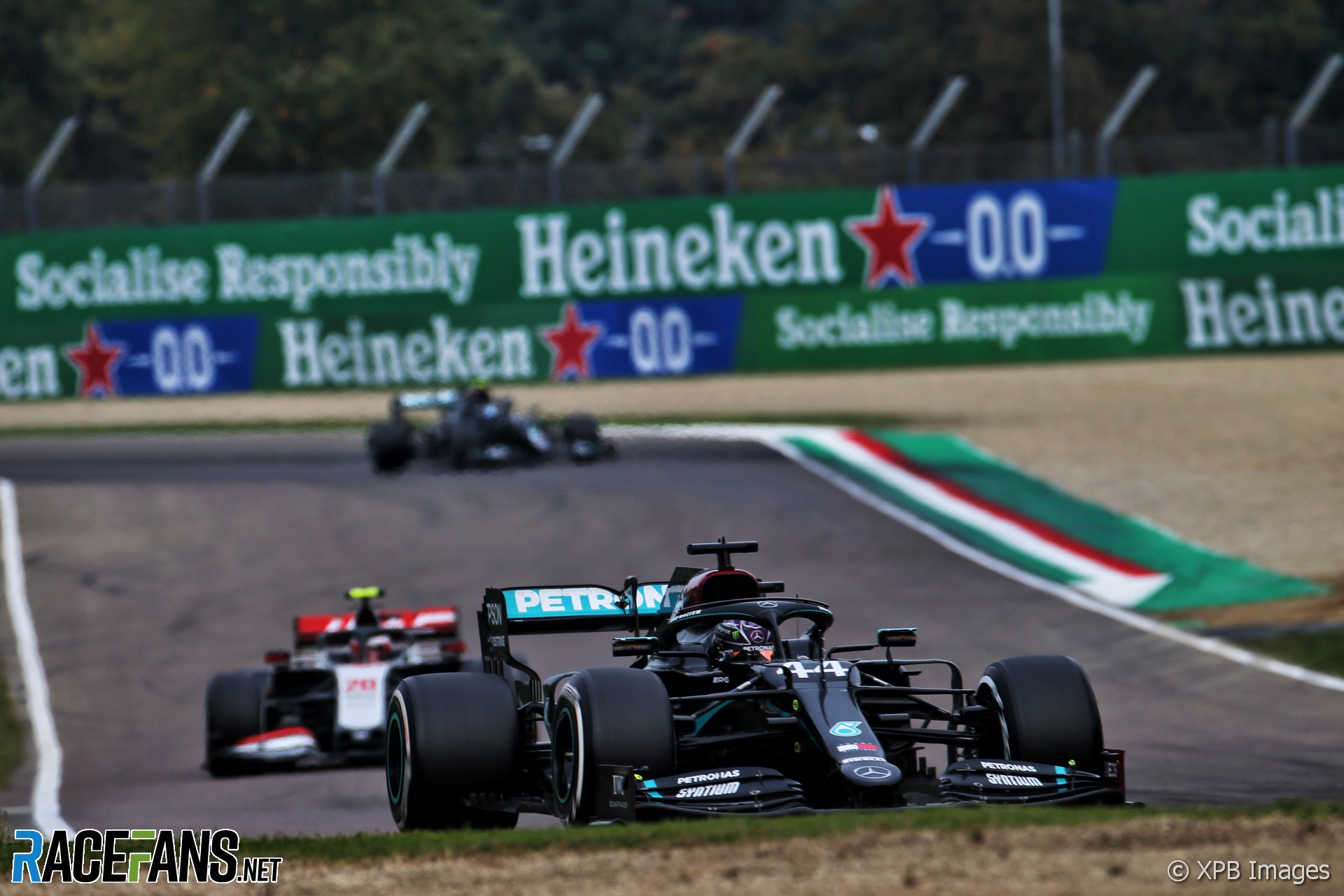 Lewis Hamilton’s victory in the Emilia-Romagna Grand Prix was achieved thanks to a long first stint which gave him the opportunity to jump into the lead.

The timing of a Virtual Safety Car period played into Hamilton’s hands perfectly. It meant he was able to pit, lose less time, and come out comfortably ahead of Bottas. But had the VSC not been deployed, would he have been able to?

While team mate Valtteri Bottas held the lead from pole position at the start, Hamilton fell to third place behind a fast-starting Max Verstappen. He took the lead when his two rivals pitted – Verstappen on lap 17, Bottas in response the next time around.

Hamilton then reeled off a succession of fastest laps to edge clear of Bottas. His team mate was carrying debris which he picked up at Tosa on lap two, which had been left from a first-lap collision between Sebastian Vettel and Kevin Magnussen.

He extended his lead over Bottas and Verstappen to more than 28 seconds. As far as his rivals were concerned, the tipping point had been reached. Even if he pitted under green flag conditions, assuming he had a normal pit stop, the lead was his. “We are one second unsafe,” Bottas was told by his engineer.

Max Verstappen was told the same. “With Valtteri’s pace ahead Lewis has now jumped us,” said his race engineer.

“Did he pit already or not?” asked Verstappen. “Not yet, he just has a pit stop over us,” he was told. “And Valtteri.”

Then Esteban Ocon’s Renault stopped at the exit of Acqua Minerali with a suspected gearbox problem. As had been recent practice, this was initially covered by a local yellow flag, then a VSC period was triggered while the car was removed.

Luckily for Hamilton, this coincided perfectly with his positioning on the track. Hamilton was in the second Rivazza when his race engineer Pete Bonnington told him to pit due to the VSC. The period ended just as he was heading back to the track.

There was further drama to come between then and the end of the race. But once Hamilton had the lead his rivals were always going to struggle to take it from him. Regardless of the VSC, he had done enough to earn it, and ultimately his 93rd career win.