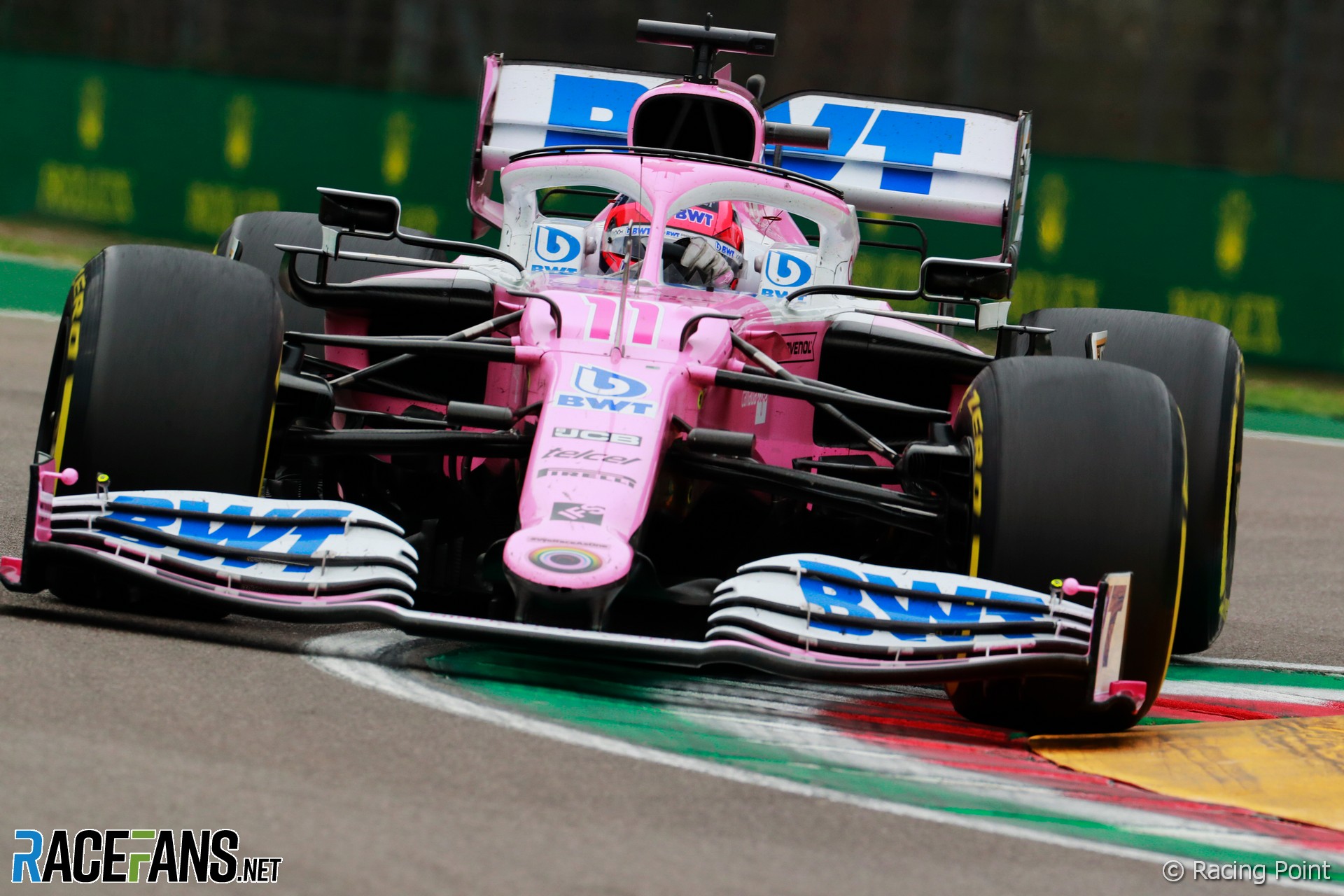 Racing Point were “incredibly nervous” about the chances of the Safety Car being deployed in the Emilia-Romagna Grand Prix because of the way they had set their car up.

The team’s technical director Andrew Green explained the decision to pit Sergio Perez for fresh tyres during the late Safety Car period, which cost him a potential podium finish.

“The race was going our way completely up until the Safety Car,” said Green. “Checo had manoeuvred himself with great pace up to fourth, overtook the pack by going longer on the medium tyres. He drove really well. The car was really strong, we were very happy with where it was going.”

Green said the team had set their car up to be kind to its tyres, which allowed Perez to make the gains he did early in the race. But it left the team concerned about making a late-race restart after a Safety Car period on his worn hard compound rubber.

“The worst possible scenario was a Safety Car,” said Green. “That was not really how we were geared up, unfortunately. It was always going to be a difficult decision, that one.

“We were on the hard tyres, the car had been set up quite specifically for the long runs. And for the race we were incredibly nervous about having to restart the hard tyres on the Safety Car. I think we would have struggled.”

This led the team to bring Perez in for a pit stop for a fresher tyres, though it dropped him from third place to seventh.

“The safest thing to do, and we thought that the most logical thing to do, was to swap him for a set of the new softer tyres so that we didn’t have to worry,” said Green. “We thought other people might do the same. But a lot depends on how they were set up for the race.

“I think it probably just showed where our race pace was because we’d set the car up to look after the tyres and be kind and not overheat them. So we were always going to struggle behind the Safety Car in that situation.”

The team’s decision to fit fresh tyres was further compromised by George Russell’s crash, which extended the length of the Safety Car period.

“With the second incident behind the Safety Car, we couldn’t have predicted that one. So the number of laps remaining to overtake was shortened again by a considerable margin, I think that that worked against us.”

“In hindsight, we would have made a different decision,” Green admitted. “But I think at the time, with the information we had, that’s the decision we came to.”