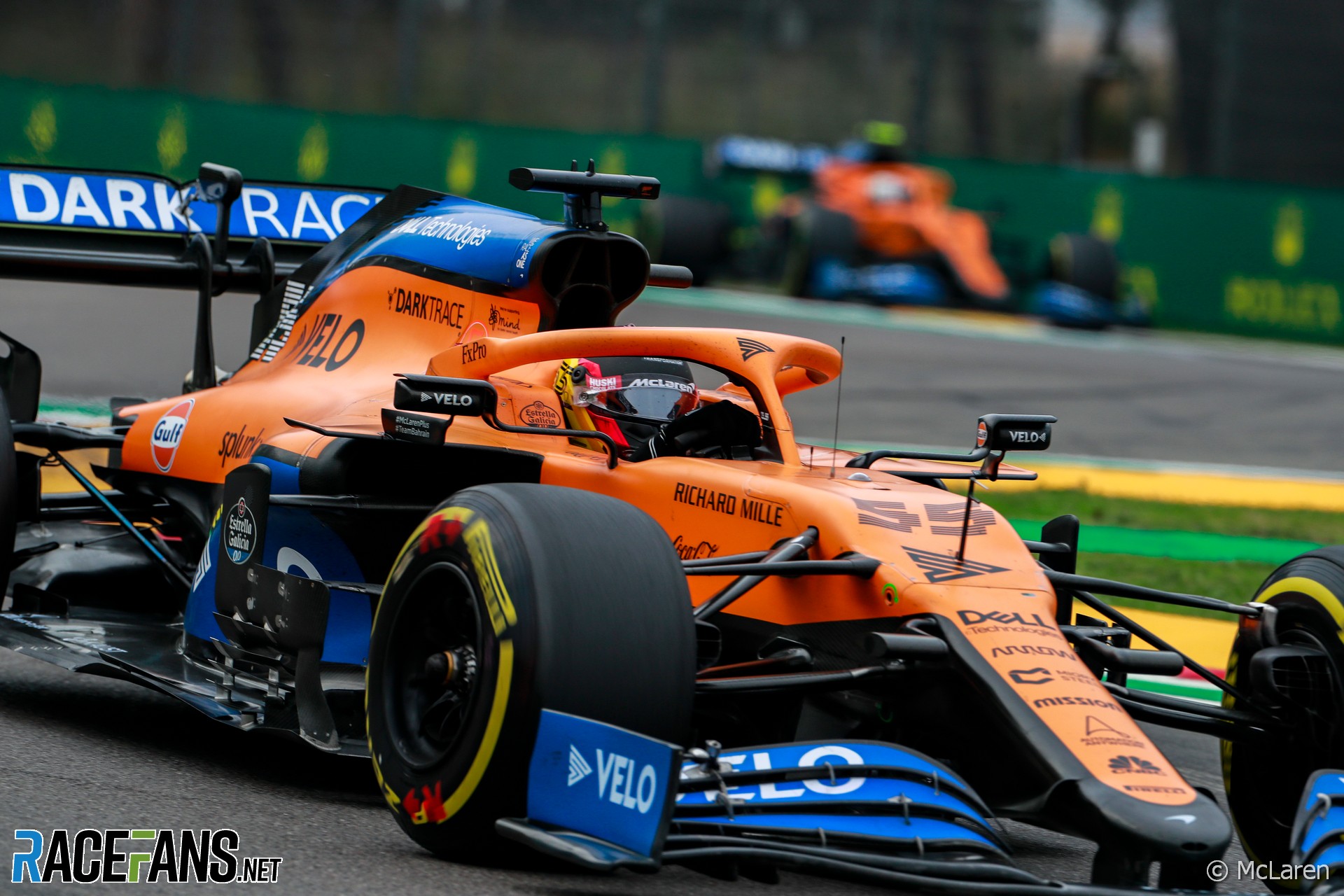 In the round-up: Carlos Sainz Jnr says it is getting harder for McLaren to compete in the fight for third place in the constructors’ championship.

Sainz and Norris finished seventh and eighth which moved McLaren ahead of Racing Point, but Daniel Ricciardo’s third place meant Renault jumped both of them.

Ricciardo got a lot of points. The fight for third keeps getting tougher and tougher.

Our qualifying wasn’t great but our race pace actually was really good. I felt like I was quicker than all the guys in front of me. It’s just that for some reason today it was very difficult to overtake.

I could only overtake Lando. And then after that I couldn’t pass Kvyat and the guys in front of me. But I think it was the same for everyone.

We've got a new picture sequence showing how @MercedesAMGF1 pulled a chunk of Vettel's Ferrari out of @ValtteriBottas's car at his second pit stop. It had been there since lap two:https://t.co/qmmv5WFwhG

"The Secretary of State for Digital, Culture, Media and Sport has ratified that ‘Elite Sport’ will be able to continue behind closed doors during this latest period of lockdown. The BTCC is included in that category."

Silverstone season Finale to go ahead under English lockdown (Sportscar365)

"The final round of the 2020 season will take place behind closed doors, as originally planned, following the verification of motor racing’s status as an ‘Elite Sport’ that can continue through the new Covid-19 control measures that come into effect on Thursday."

"For more than 20 years, Dale has been a passionate advocate of sim racing whose efforts to improve the product have dramatically shaped our direction as a company and relationships throughout the sport for the better."

"Money has to come from somewhere; thereʼs no one who’s racing completely for free,” he says. “That’s one of the things that can make racing so difficult; it’s a sport that, you know, is unfortunately not purely reliant on your results and what you do on the track."

A difficult single-seater debut and a thrilling title win: the moments which made Jack Aitken (F2)

"Five minutes went by and the mechanics managed to get it fired up, but on my first flying lap I put it in the wall at Druids corner, which is a really, really fast right-hander. I cracked the car in half - it was quite a big shunt, no half measures."

Is the delay in Lewis Hamilton’s contract extension about something other than money?

I wonder if the sticking point is about the message Hamilton wants to put out to the world on human rights and racism rather than money.

Sounds silly, but what if he’s looking for the livery to remain black next year and for more commitments from Mercedes around diversity and standing up for human rights in places like Bahrain and China.

Maybe the delay is Hamilton’s demands aren’t for Wolff to sign off on himself. We know Hamilton has realised he can do more in his role this year and that maybe what he’s looking for in his twilight years of the sport, leaving a lasting legacy.
Slowmo

18 comments on “Sainz: “The fight for third keeps getting tougher””