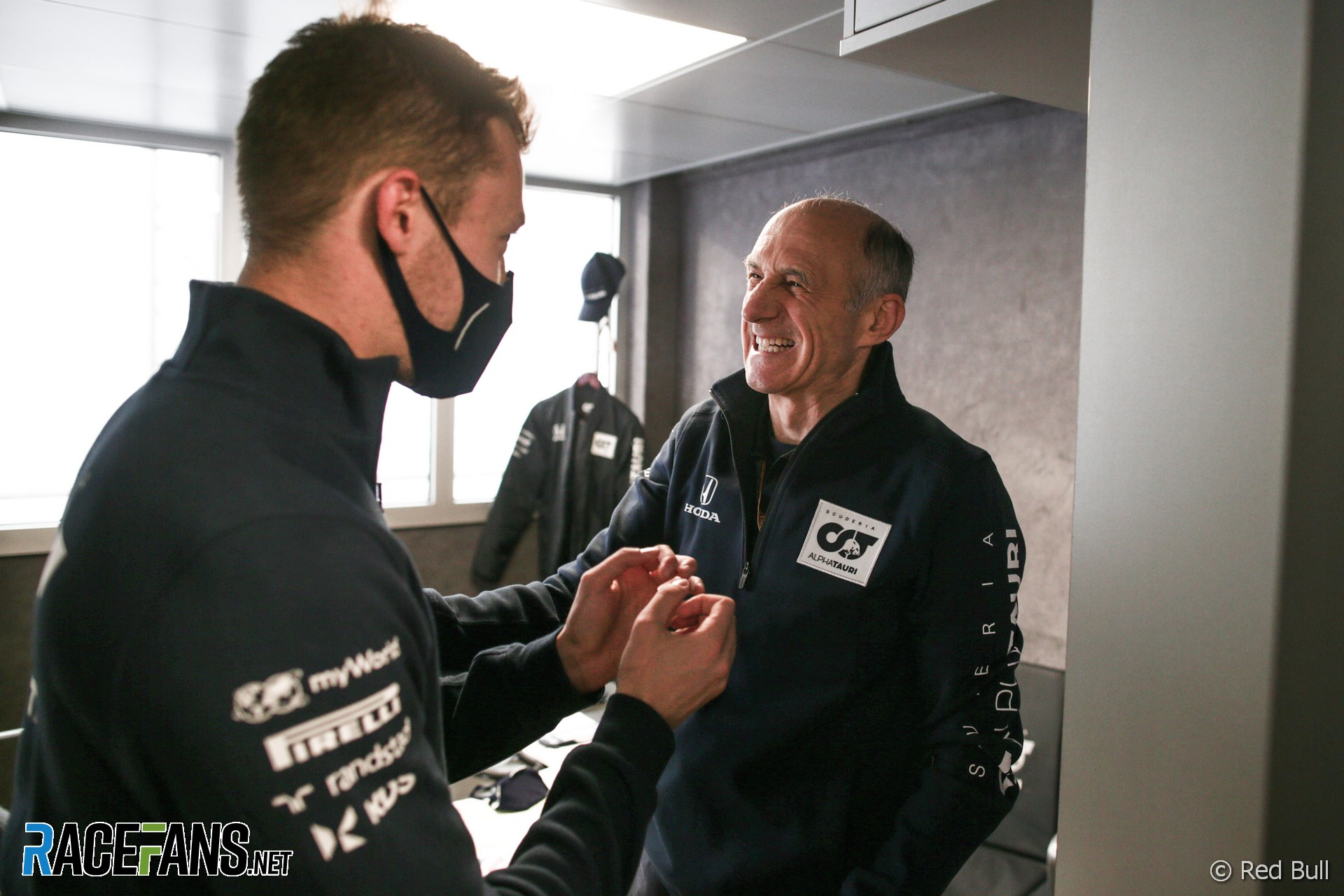 In the round-up: AlphaTauri team boss Franz Tost has said that Daniil Kvyat’s fourth place finish at the Emilia-Romagna Grand Prix was down to team strategy and on-track overtaking, rather than something gifted by luck.

Kvyat’s fourth place, AlphaTauri’s second-best result of the year after Pierre Gasly’s Monza win, was a potentially vital result for the driver who is yet to be confirmed on the grid for the 2021 F1 season.

Tost said that the performance, gained via a run of overtakes by Kvyat on fresh tyres following the Safety Car period, was not down to luck but the team managing strategy better than their rivals:

Let me say it in this way: we were not lucky. We took the right decision because all the other teams could have done the same.

Some of them did it, some not and we did it. We got something out of it, three places, because he was seventh and afterwards he was fourth. He overtook Perez, Leclerc and Albon and finished in fourth position just behind Ricciardo. And with more laps to go I think he would have had a good chance to overtake him, too.

Toto 😊 It's still sinking in, but the Boss had a few words of reflection after making #HIS7ORY on Sunday ❤️ pic.twitter.com/v94yPJ38OB

And here the distance covered by our three manufacturers TOYOTA, PORSCHE and AUDI with their LMP1 cars since 2012 during #WEC Era 👆#8hBahrain is the final race for the class, ahead of LMH being introduced for Season 2021🇧🇭 pic.twitter.com/7rhNnjpRUm

A question:
Just imagine for a moment the Super Licence points system has been in existence for about 3 decades.
What drivers, therefore, do you feel competed in F1 undeservedly, were not good enough and whose licence may have been blocked by the SL points system? #F1

"A lot of hard work over many years has gone into placing students – the majority of whom are from Black, Asian and minority ethnic and disadvantaged backgrounds - at the forefront of STEM industries, but this hasn’t moved fast enough. The Mulberry STEM Academy takes explicit, positive action to address this. The Mulberry STEM Academy will give students access to inspirational role models, imaginative teaching and rich extra-curricular experienceover a five-year period, running on Saturdays during term time and the school holidays."

"In order to reconcile the different levels of performance between the Hypercar and the LMP2 classes, the Automobile Club de l’Ouest (ACO) and the FIA have decided to adjust the pace of the LMP2 cars. Gibson engines, exclusive to this category, will therefore deliver 560bhp instead of the current 600. This decision will have no economic impact on the teams involved. Furthermore, power reduction will result in lower running costs."

A day in the life of Dominic Hale (Renault Sport)

"Sounds cliché, but everything I do whether it’s looking at data or onboards of cars. It’s not too detached from the games I used to play when growing up (and beyond), so it doesn’t feel like a job, more an extension of what I love doing."

The challenging and rewarding journey to victory (Paddock Sorority)

"The three double-headers in Berlin were a great effort from the organisation so that we could get the season finished. We reacted to everything as in every other race. I think the whole team tried to prepare in advance mentally for the fact that we are going to have races in so many days one after another. We made a big effort to make ourselves as aware as we could of the workload to come, so that we could be as prepared as possible."

After another round of F1 Esports this week, Mark Zastrov notes Yuki Tsunoda comparing the feeling of seeing mechanics remove tyre blankets from an F1 car in real life, something he’d only previously seen in the Codemasters games:

I love how he relates the experience of watching the tyre blankets come off to the Codemasters games.

This just a few weeks after Lewis told Mick Schumacher he related to his father by playing as him in Geoff Crammond’s GP2. It shows just how important those games are to firing the imaginations of fans, drivers, and mechanics, young and old, and giving us an opportunity to interact with the sport in a way we never could in real life.
Mark Zastrov