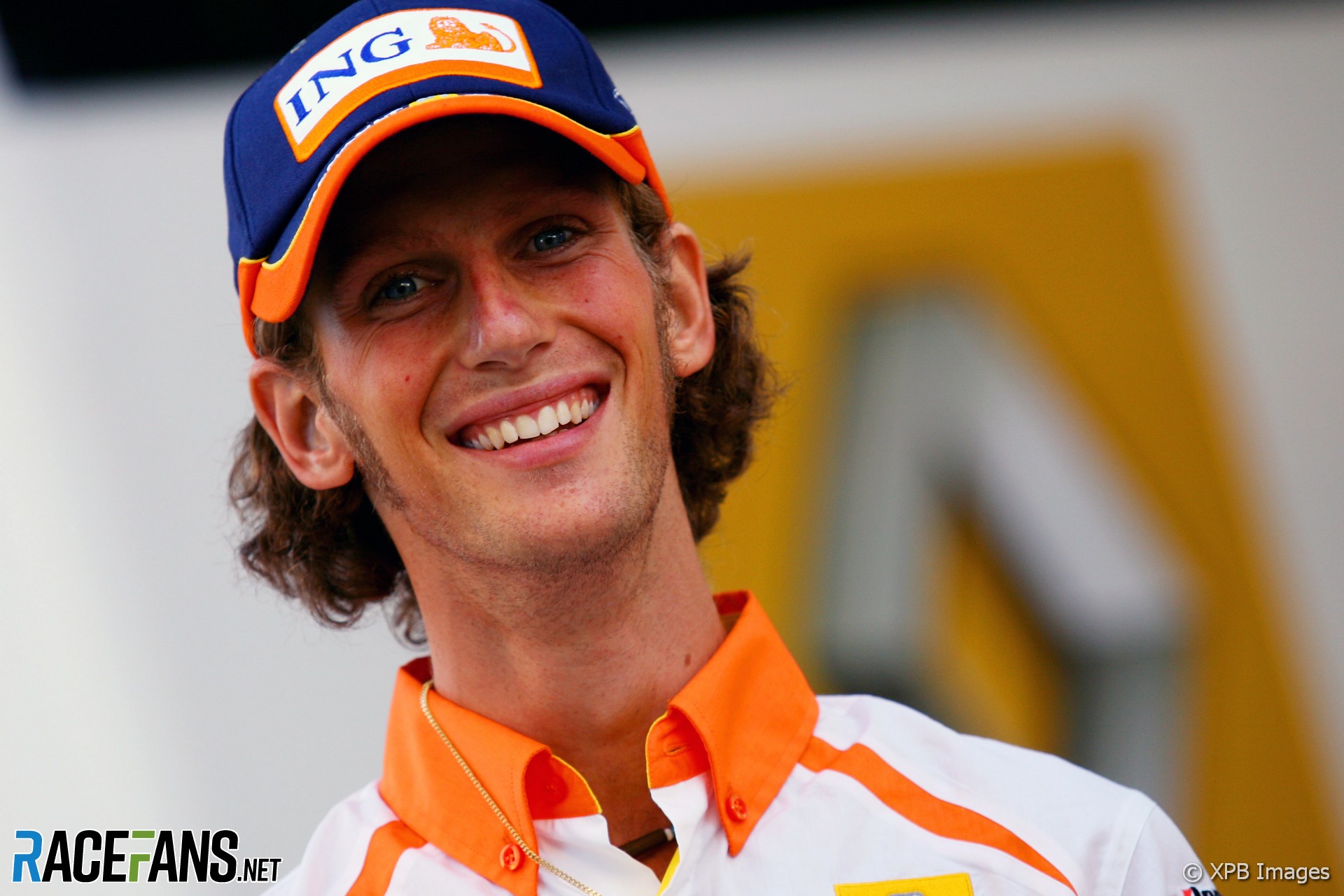 In the round-up: Romain Grosjean said he is a “very, very different” driver to when he first arrived in the sport with Renault in 2009, in the European Grand Prix.

Grosjean was responding to report he and Haas team mate Kevin Magnussen will be replaced by an all-rookie line-up for the 2021 F1 season:

Obviously in my days we were probably a little bit less prepared than the drivers are nowadays. The young categories got really more professional. So I think it’s not easy to compare.

The only thing I can say is that I was convinced I was ready when I came in and I wasn’t. And obviously I paid a heavy price at the beginning after 2009.

But I’m very much different [now]. I know exactly where we need to bring the car before the weekend. I know how to drive it, how to get the best out of it when it’s not going the way you want it. That’s really making a lot of difference.

But also rookies need to have their chance in Formula 1. I’ve been here for 10 years, blocking kind of a seat for 10 years, and if the team goes for two rookies well, good for them, and I wish them the best.

I was 6 years old here when I earned my first two trophies remote control car racing. These were some the best days of my life spending time with my dad out the back of the old car we had with our pot noodle soup and bacon sandwiches which was very much an English thing. pic.twitter.com/TwEvM5pzP3

"The bitter irony over a Saudi Grand Prix is that the very people who fought for the rights of Saudi women to be able to drive are now themselves languishing in jail. Brave people like Loujain al-Hathloul and Nassima al-Sada."

Welcome to our new team (Quadrant)

"Lando is stoked to bring you Quadrant - a new content gaming group! Combining his love for gaming, racing, content, and apparel, Quadrant is designed to put you right in front of Lando and the team."

"I still have the passion for doing IndyCar next to IMSA, and looking at the calendar next year, there’s way less clashes than there used to be."

"The FIA and Formula 1 can today confirm that between Friday 30th October and Thursday 5th November, 1781 tests for Covid-19 have been performed on drivers, teams and personnel. Of these, eight people tested positive."

"It is with sadness that we announce that there will be no Pau Grand Prix in 2021."

"With an eye toward the infection situation that is hard to predict, the DTM will only get its 2021 season underway at the end of May. That gives teams, race series and partners additional time in preparation for the restart."

"The car, featuring 1200hp, has been developed in cooperation between the DTM organisation ITR and industrial supplier Schaeffler."

The fossil-fuel Ferrari is running out of road (FT)

"Mr Camilleri does not see a need to rush: 'I really don’t see Ferrari ever being at 100 per cent (electric) and certainly not in my lifetime will it reach even 50 per cent.' That is not convincing, given that he is a fit 65-year-old."

"Codemasters, which is known for its Formula 1 games for the PlayStation 4, added that the deal term, which values the company at 739.2 million pounds ($973.01 million), comprises of 120 pence per share in cash and 365 pence per share payable in Take-Two shares."

"Formula Ford racer, pilot, and generally lovely human being Colin Turner was involved in a major multi-car accident while competing at the Walter Hayes Trophy event and has sustained major, life-changing injuries."

Many readers criticised F1’s decision to hold a race in Saudi Arabia next year:

Well, for one thing I do not think that F1 should go to Saudi Arabia at all. An (at best) medieval approach to basic human rights and the outrageous killing of Jamal Khashoggi should tell any decent organization, sporting or other, to give that a very wide berth.

But, to answer the question as asked. No, I do not in any way believe that F1 can or will be a positive force. On the contrary, it will let itself be abused to legitimize what the regime stands for.

On top of that I find it highly embarrassing that F1 not only decides to disregard all principles and cynically go for the money, but then insult anyone listening by sanctimoniously claiming that they are doing it for something good. At least stand by the cynicism.
Bob C.

14 comments on “Grosjean: “I was convinced I was ready when I came in and I wasn’t””