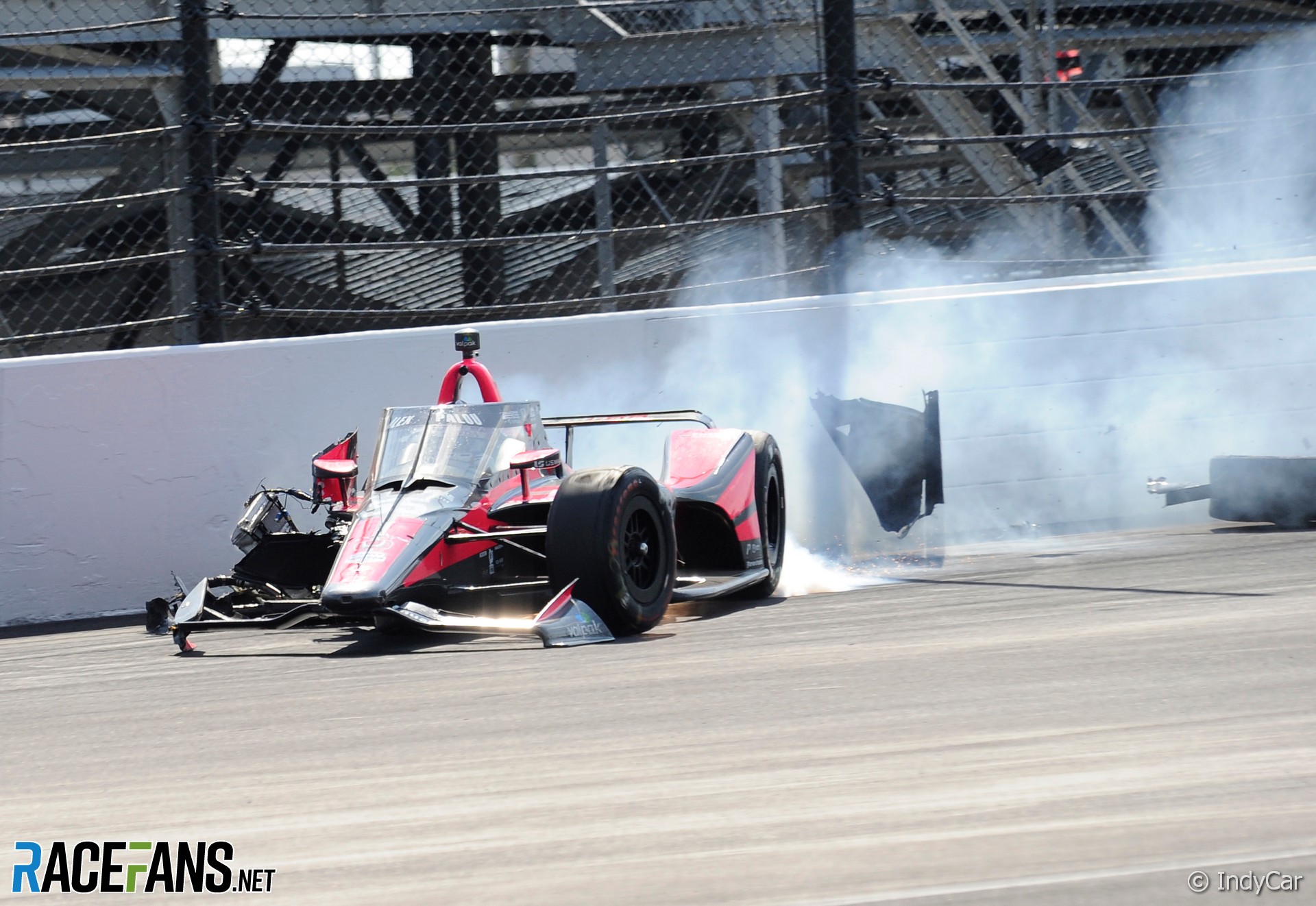 Romain Grosjean says he is willing to accept the dangers of racing on ovals to compete in the IndyCar series, partly as the championship now has so few of them.

The Haas driver, who does not have a seat for the 2021 F1 season, is considering a move to IndyCar next year. He had previously not looked at racing in the series due to the number of ovals on the schedule.

But out of next year’s 17 IndyCar races just four will take place on ovals next year, across three different speedways. Grosjean is therefore warming to the idea of racing in the series.

“It was my bad that I thought IndyCar had much more ovals than it actually does,” he said. “And ovals, yes, it’s something that I’m not necessarily a huge fan of.

“But looking at the calendar, there’s basically three ovals. Texas, which is fast, 500 miles of Indianapolis and then the short track [Gateway].

“Obviously racing the Indianapolis 500 is something unique. It’s one of the top three races in the world with Le Mans and Monaco and I think you can put your fear aside a little bit and go for it and accept that.

“Also, the cars have become much safer, the walls have become safer, it’s just all moving in the right direction. I think it’s it’s gone in a way that I accept now that it can be a good opportunity and a fun experience and hopefully a successful experience.”

However Grosjean said he needs to decide whether he wants to relocate his family to America.

“First of all, I need to definitely have [a contract] done in IndyCar to decide if I’m going to travel back and forward or completely go there,” he said. “I’ve got a wife and three kids and it’s not like I’m a youngster that can just jump in a plane with a backpack and not look behind me.

“So obviously, there are some considerations there, beyond the ‘pros’ of IndyCar: Everyone pretty much has the same car, apart from the dampers and the two types of engine, the races are pretty fun, there’s good opportunities to win the race or to be on the podium.

“The ‘cons’ are that obviously I don’t really know much about motorsport in the US. The tracks look cool, it’s a very good championship and I think there’s more pros than cons but obviously the lifestyle and where we live and what we do is with the kids and the education and the future is very high on the priority list.”

At this stage in the year many of the top IndyCar drives have been taken. However Grosjean said that won’t necessarily deter him from making the switch.

“We are late. Some of the teams are fully booked but there are opportunities left. And looking at what we can do, how we can do it, I think there is some some wish from both sides to to make it happen, which is nice and a good challenge.

“If you look at Penske or Chip Ganassi, which I guess are the two top teams in IndyCar, they are fully booked. But you would not necessarily expect to land one of those seats for the first year before going to IndyCar. You need to prove that you can race in that series. And I’ve been speaking with with Simon Pagenaud recently, also with Marcus Ericsson.

“Marcus has been really helpful because he knows Europe, he knows GP2, he knows Formula 1 and now he knows the US. So let’s see what’s coming, I’m hoping in the next few days, and then we can we can look at details and so on.”

Grosjean indicated he may need to bring a sponsor to race in IndyCar. He pointed out even well-known American drivers such as seven-times NASCAR champion Jimmie Johnson have brought backing to compete in the series.

“I think motorsports is changing generally and I wouldn’t be surprised that drivers around the world need to have a sponsor that wants to follow them,” he said. “Jimmie Johnson is a good example in IndyCar, but also some of others.”

Grosjean’s team mate Kevin Magnussen said he has also spoken to teams in IndyCar about a potential drive in 2021.

“IndyCar is something that is very high on my list and I’ve always been a fan so I’d love to try it,” said Magnussen. “It’s a challenge that I would get really excited about.

“There’s a lot of new things but I’ve always found oval tracks to be something that I think is spectacular and very different to what I’ve ever done in my career. We don’t really do ovals in Europe, so all of that.

“As a Romain said the other tracks, the road courses out there, are fantastic as well, really old-school. And again the thing about all the cars being very similar is also a very good thing. That means you can make a bigger difference as a driver.

“My dad has been racing in America for about 20 years and I’ve spent a lot of time over there. I just really like being in America so I think that that would suit me pretty well.”