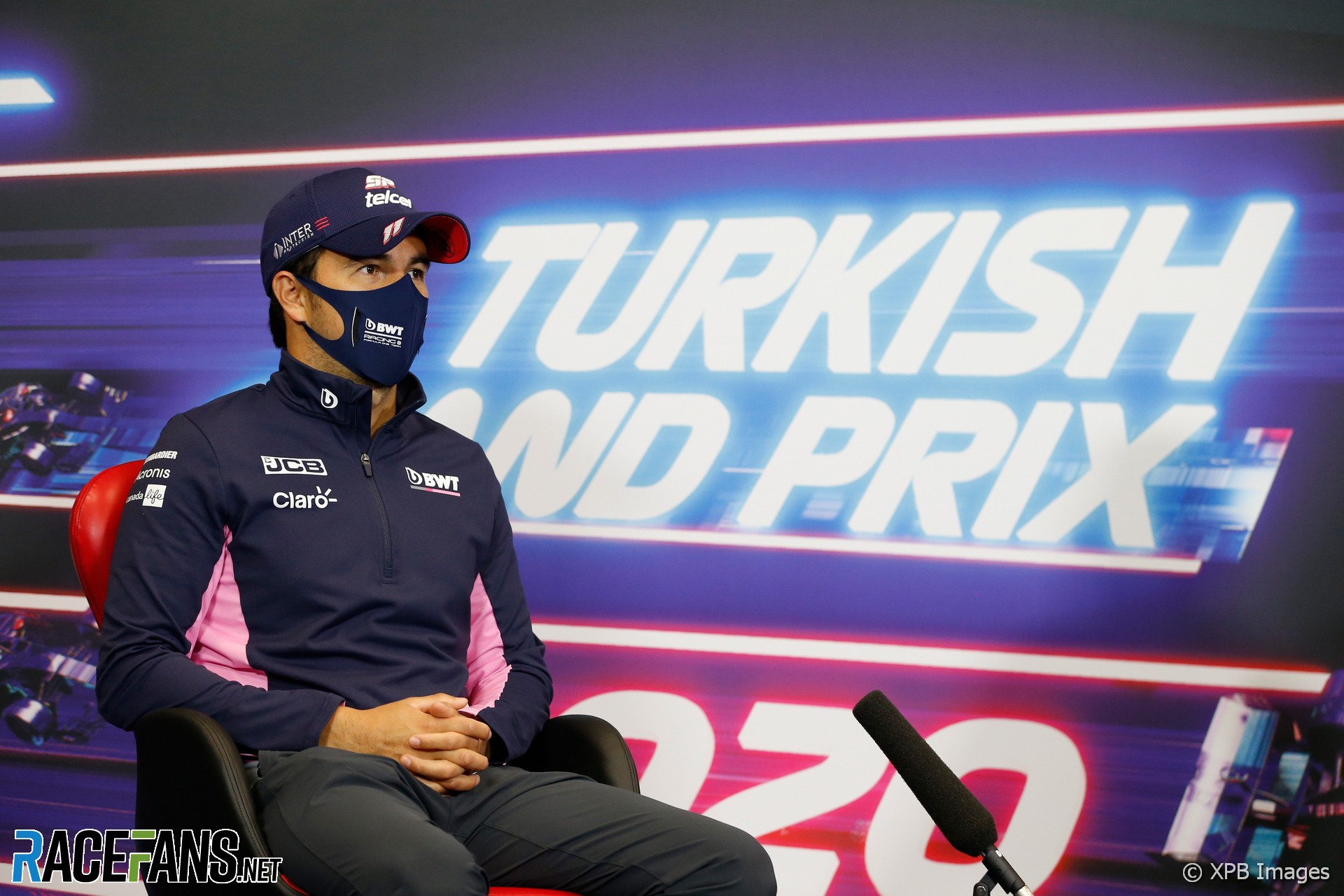 Sergio Perez has admitted he may have to take a sabbatical from driving during the 2021 F1 season as Red Bull have not yet decided whether they want him to drive for them next year.

The Racing Point driver is under consideration for Alexander Albon’s place at Red Bull next year. But with the team yet to make its decision, Perez’s alternatives are becoming increasingly limited.

“At the moment we just have to wait and see,” Perez told media in Turkey. “The season is coming soon to an end and as I’ve said before until the teams announce the driver everything is an option. Every team that hasn’t announced their line-up, it’s an option. So we’ll see.”

Perez said he needs a decision on his plans in the near future.

“We are not that far from the season to end, so definitely I have to know my plans, I need to know what will happen in my side to be able to plan everything.

“It’s happening now too late, we’re already close to December, so there is not a lot more to be had in that regard.”

The Racing Point driver has accepted that if he does not get a drive at Red Bull he may have to accept not racing in Formula 1 at all.

“Everything is so late now it looks like I will know whether I continue in Formula 1 or not quite late in the year,” he said. “So I think a sabbatical, it’s an option. We’ll see what what happens in the next couple of weeks.”

41 comments on “Perez: Late Red Bull decision means a sabbatical is an option”