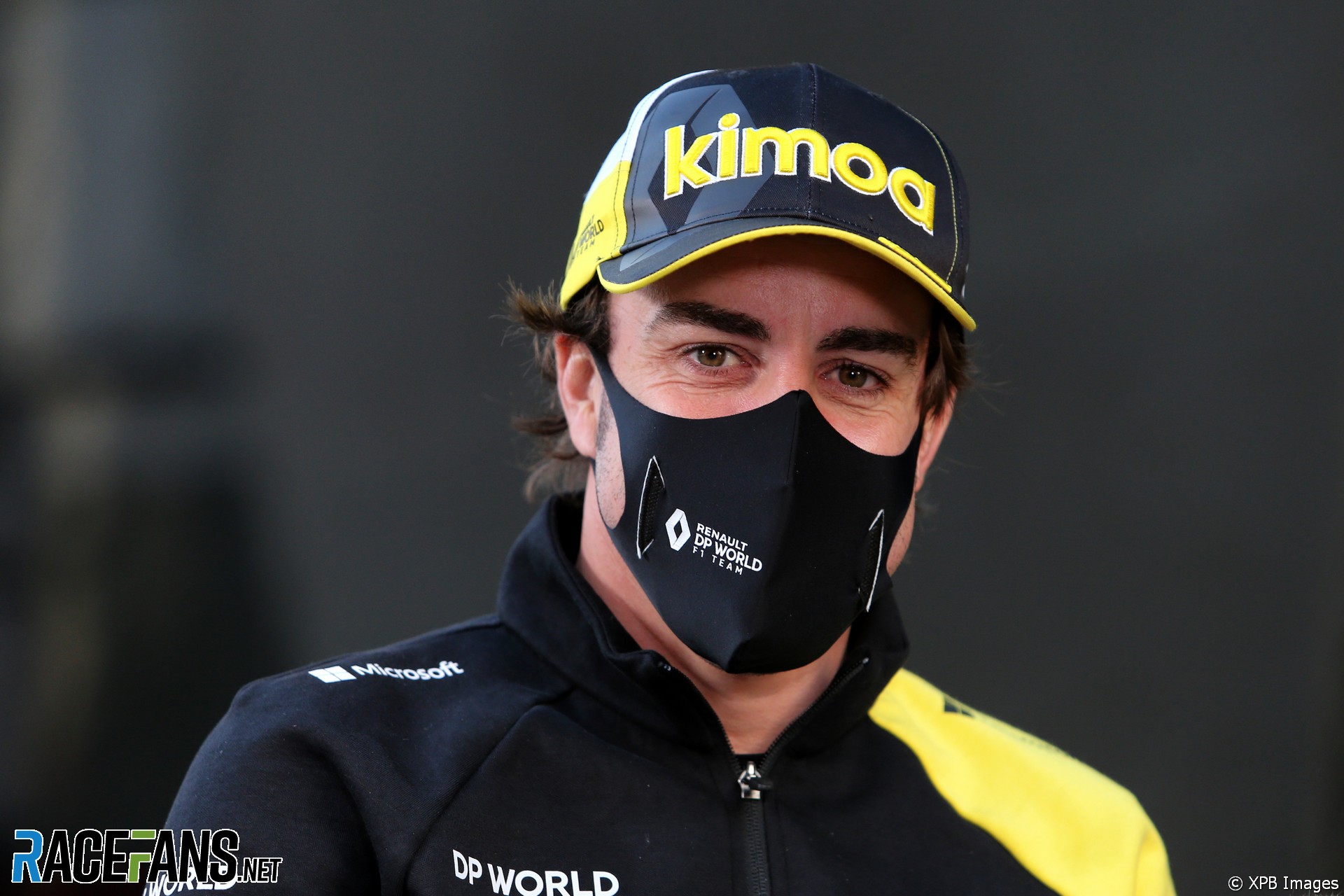 Fernando Alonso has told Renault to have its design for the 2022 F1 season in the wind tunnel on the first day of next year – the earliest date allowed by the regulations.

The team’s executive director Marcin Budkowski described how Alonso has urged the team to prioritise its preparations for new technical regulations which are due to arrive in 2022.

“He’s asking about anything,” said Budkowski. “We’re in the wind tunnel and he said ‘so you can’t run the ’22 car at the moment’. No, we said, we can’t do it because of the regulations.

“[He asked]: ‘So when can you start developing?’ And we said ‘1st of January’. ‘Ok, are you running on the 1st of January?’ And I said: ‘Normally we don’t but this year we might because it’s the year’.

“He said ‘OK, we’ll have to run on 1st of January. I will come here, I can help you on the 1st of January’. So this is the level of motivation of Fernando at the moment.”

Renault confirmed today Alonso will have another two-day test in their 2018 specification car later this year in preparation for his return in the 2021 F1 season.

“Partly it’s him wanting to get back in shape and get back in the rhythm of driving a car,” said Budkowski. “But it’s an opportunity to drive and work with him on things like the steering wheel, his favourite button position, how he wants to be able to activate all the different systems on the car, practice our procedures.

“It seems simple but the more we practice these things the less we have to do during winter testing. We only have three days of running for our two drivers next year.”