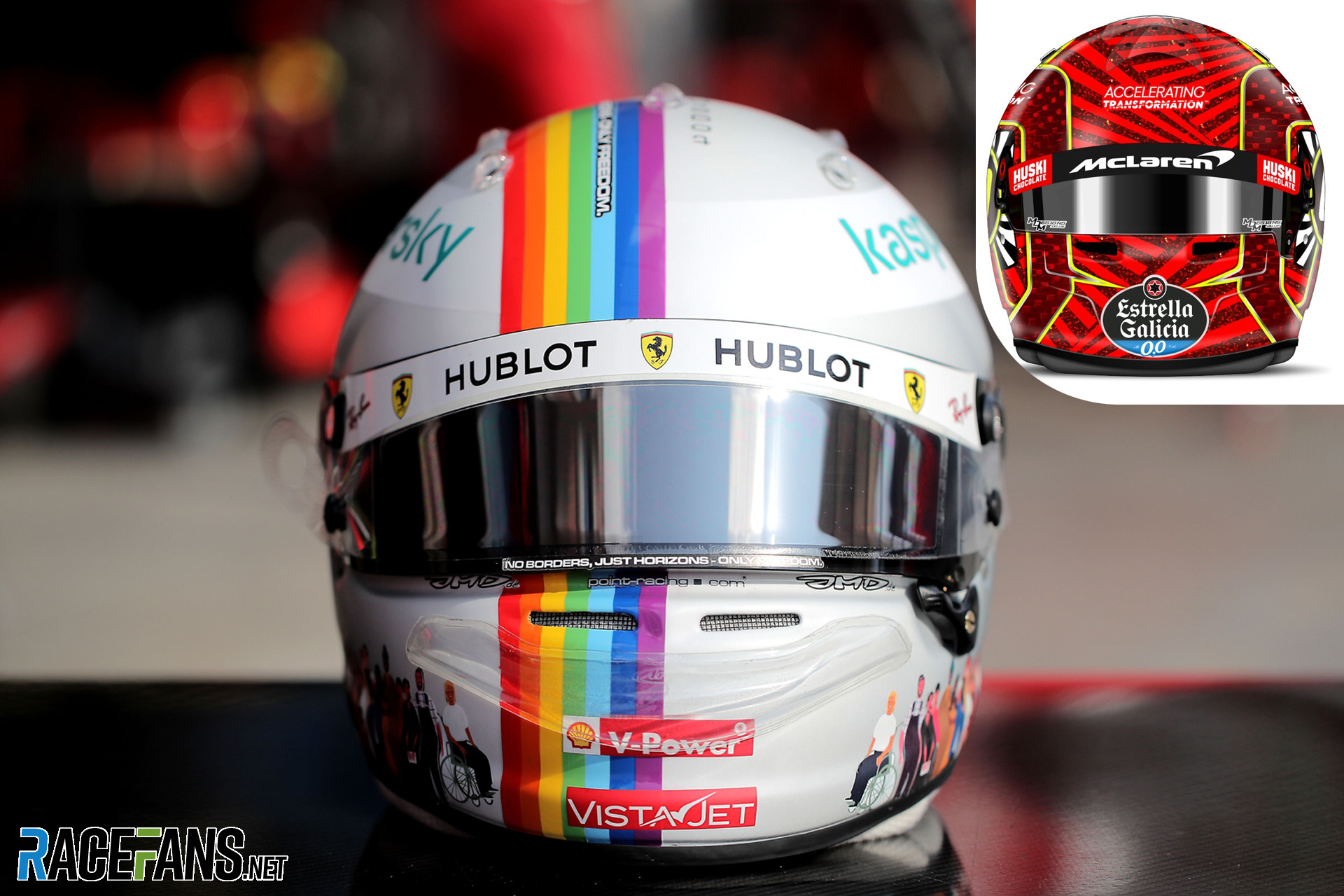 However Lando Norris has been unable to wear his new design as it has been held up in customs in Belgium.

The Ferrari driver has swapped his usual German tricolour for a rainbow in his latest design. It carries the slogan “together as one” on the top.

The helmet also features a quote by Amelia Earhart: “No borders, just horizons, only freedom.”

Earhart was the first woman to complete a solo flight across the Atlantic ocean, in 1928. She disappeared nine years later, during an attempt to fly around the world.

Norris intended to wear this special red helmet design for this weekend’s Turkish Grand Prix, the first at the Istanbul Park for nine years. The helmet is predominantly red and carries the name of his new Esports team Quadrant across the back.

However the helmet has been delayed in transit from his helmet supplier bell. The final preparation of the helmet is completed at a facility in Belgium, where the helmet is awaiting customs clearances.

It’s the second time this year Norris has been unable to wear a special helmet design he created for a race. At the Belgian Grand Prix he decided against using a helmet featuring a Flemish flag due to concerns it might be interpreted as a political statement.