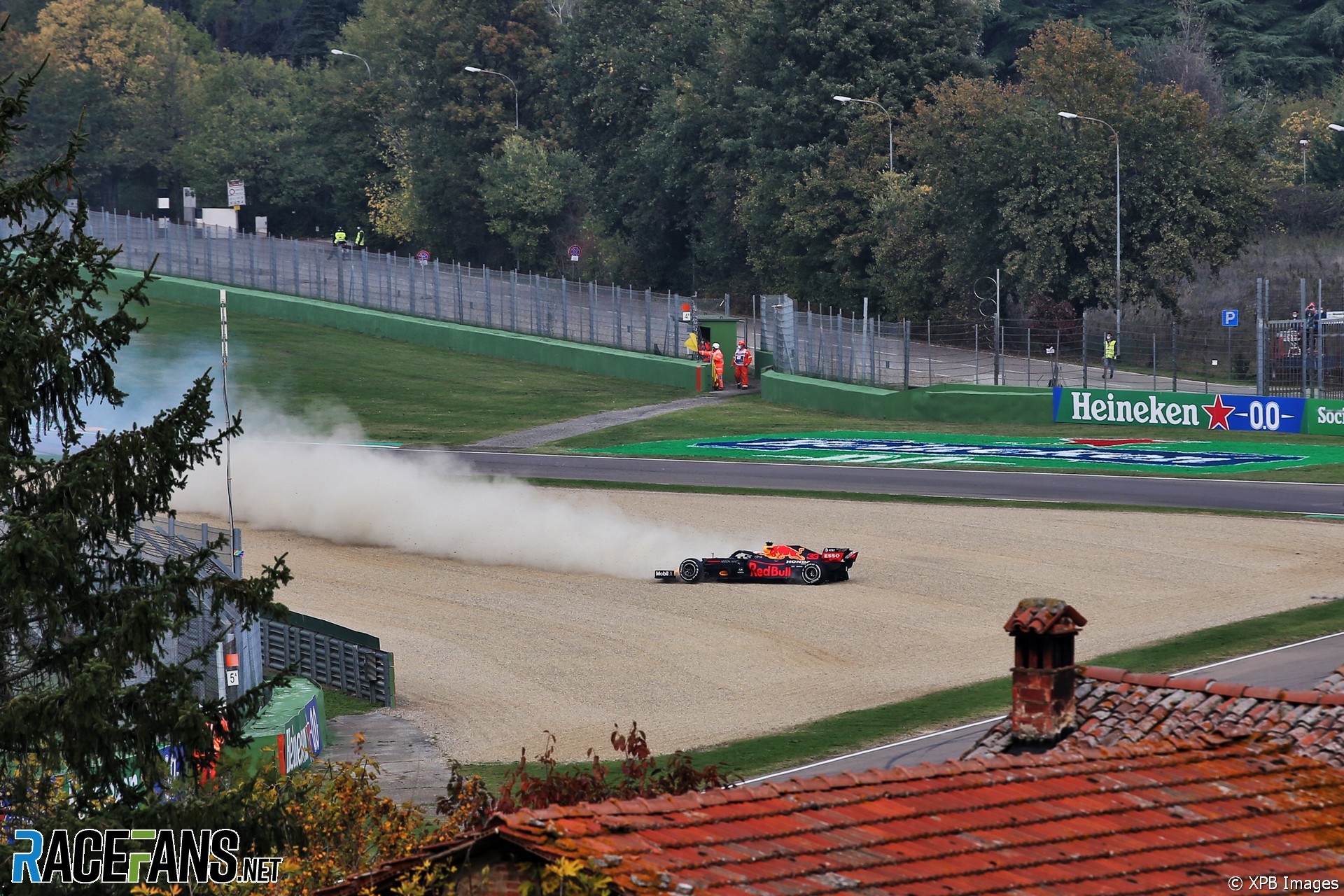 Pirelli believe damage caused Max Verstappen’s tyre blow-out at Imola, and are also investigating the cause of a vibration Lewis Hamilton experienced during the same race.

Verstappen suffered an unexpected failure while running second during Emilia-Romagna Grand Prix. It pitched the Red Bull driver out of the race, and the damage to the tyre left Pirelli with little useful material to examine.

After studying what they were able to recover, Pirelli found evidence of debris-related damage on both the surface and sides of the tyre according to its head of motorsport and F1 Mario Isola. “We made an investigation on on the tyre and the part of the tyre that we have been able to collect,” he said. “We found some cuts on the tread and the sidewall both inside and outside.”

“We believe that the reason for the failure was damage on the centre of the tread on both the belts and the carcass plies. So the belts started to detach, following this damage and at a certain point when the carcass was not able to hold the load, we had the deflation that everybody saw on television.

“This is the evidence that we have but obviously it is difficult to analyse a tyre that is in pieces,” Isola added. He stressed the investigation had been as thorough as possible. “We sent the tyre immediately back from Imola to our laboratories in Milan and we did the investigation as a priority.”

“We are analysing the tyre together with the team, so the findings will be shared with the team,” said Isola. “That’s not to say that there was no loss of pressure or just the vibration increasing during the run. We are investigating the construction. Obviously, in this case, it is possible to investigate the tyre because it is available.”