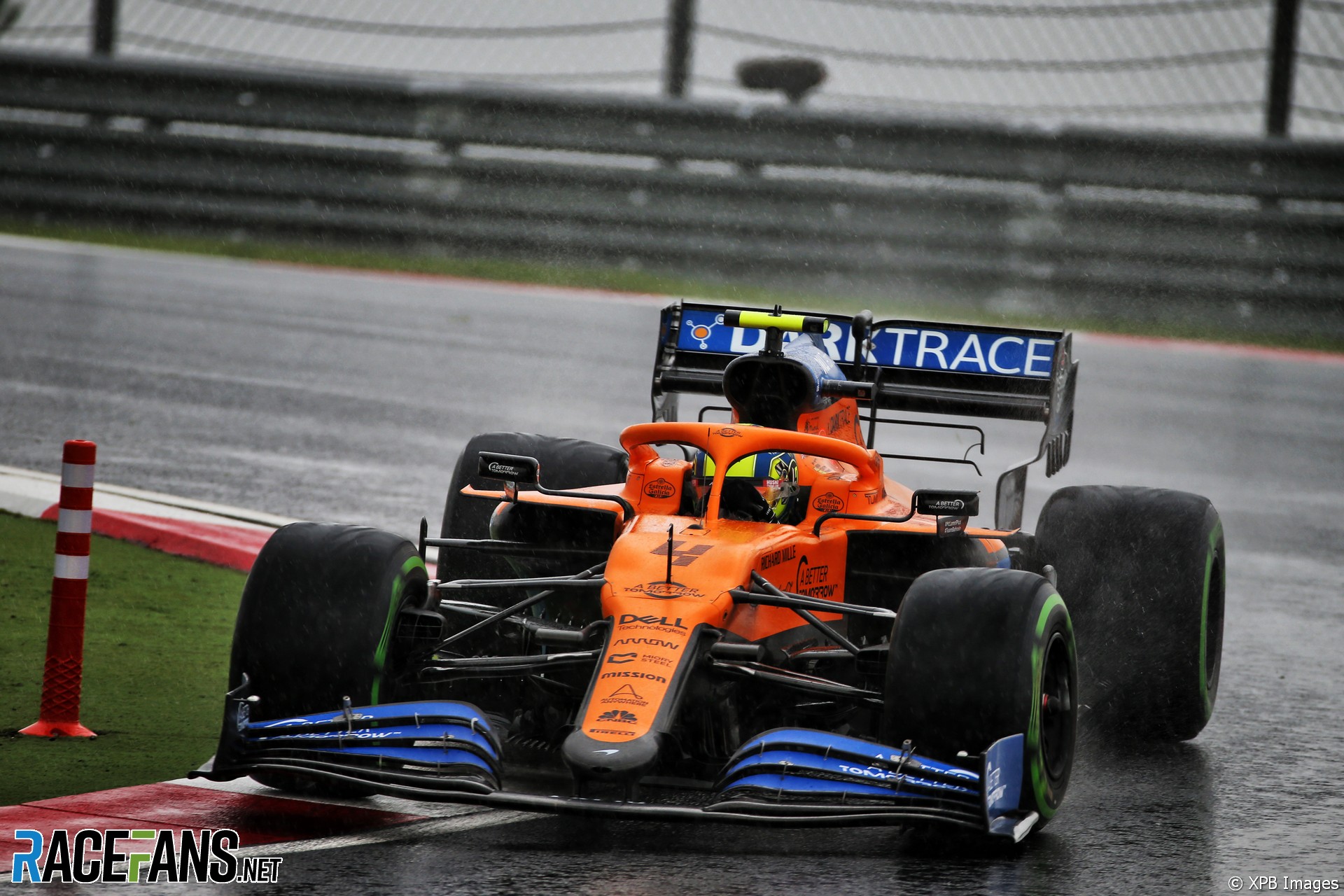 Lando Norris has been moved back five place on the grid after the stewards ruled he failed to slow down sufficiently for yellow flags.

The stewards handed down the penalty despite acknowledge Norris did not intend to improve his lap time after passing double waved yellow flags during Q1.

“Telemetry shows that car four slowed in the sector and resumed speed after the incident. Car four then asked his team if he should abort the lap, but was told to stay out because of the rapidly changing track conditions.

“Car four completed the lap, which turned out to be his fastest lap of Q1. While the stewards acknowledge that car four was not attempting to set a quick lap time, due to the changing track conditions he nevertheless did so and thereby breached the referenced regulations.”

Norris was one of several drivers who passed the scene of Latifi’s crash. Following a request from race director Michael Masi, the stewards examined the driving of all drivers involved and deemed them to be compliant with the regulations.

Stroll was also cleared of failing to slow sufficiently for single yellow flags during Q3.