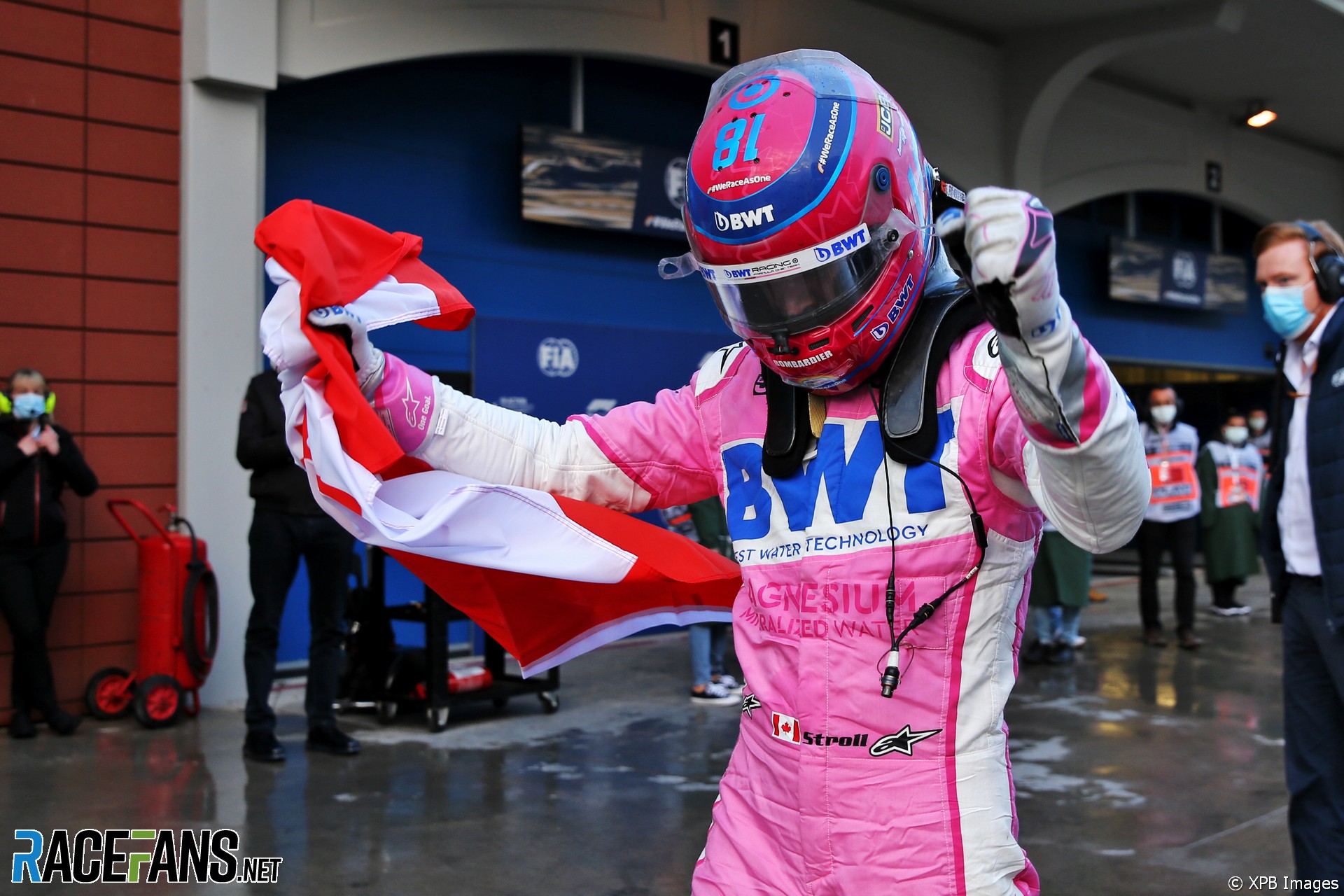 Lance Stroll described taking his first career pole position at the Turkish Grand Prix as a “special moment” and one of the “biggest highlights of my career”.

The Racing Point driver stormed to a stunning pole position by using intermediate tyres on a drying track to great effect – narrowly beating Max Verstappen to the top spot.

Stroll says taking his first career pole was a moment he dreamed of as a child.

“To put it on pole is a special moment for me and one of the biggest highlights of my career for sure,” says Stroll. “We dream about these moments growing up and it’s pretty special.

“I can’t really put it into words right now. I’m shocked. I didn’t expect us to be up here after final practice. There were a lot of things that we weren’t sure of coming into qualifying. We didn’t look too competitive in final practice. But I’m so happy right now. I really put that lap together there at the end.”

Stroll and Racing Point team mate Sergio Perez opted for the intermediate tyres for the final session of qualifying as the wet Istanbul Park circuit began drying out causing lap times to tumble.

“I was under a lot of pressure, I only had one lap to do it there at the end because I started on the wet tyre and then we boxed for intermediates,” says Stroll.

“I had one lap where I had Valtteri [Bottas] spin in front of me and then I had one lap at the end to do it. I had the confidence in the car and I just nailed pretty much every corner and pieced it together nicely.”

Having failed to score any points since the Italian Grand Prix at Monza, Stroll says the career highlight comes following a ‘rough’ period of races for the Canadian.

“It’s such a great way to bounce back after a few rough weeks – since Mugello, really, it’s been a rough ride for me,” Stroll says. “So it feels good. It feels really good right now.”

There will, however, be a nervous wait for Stroll’s first career pole position to be officially confirmed as the stewards will investigate a series of lap times set under yellow flag conditions at the end of Q1.