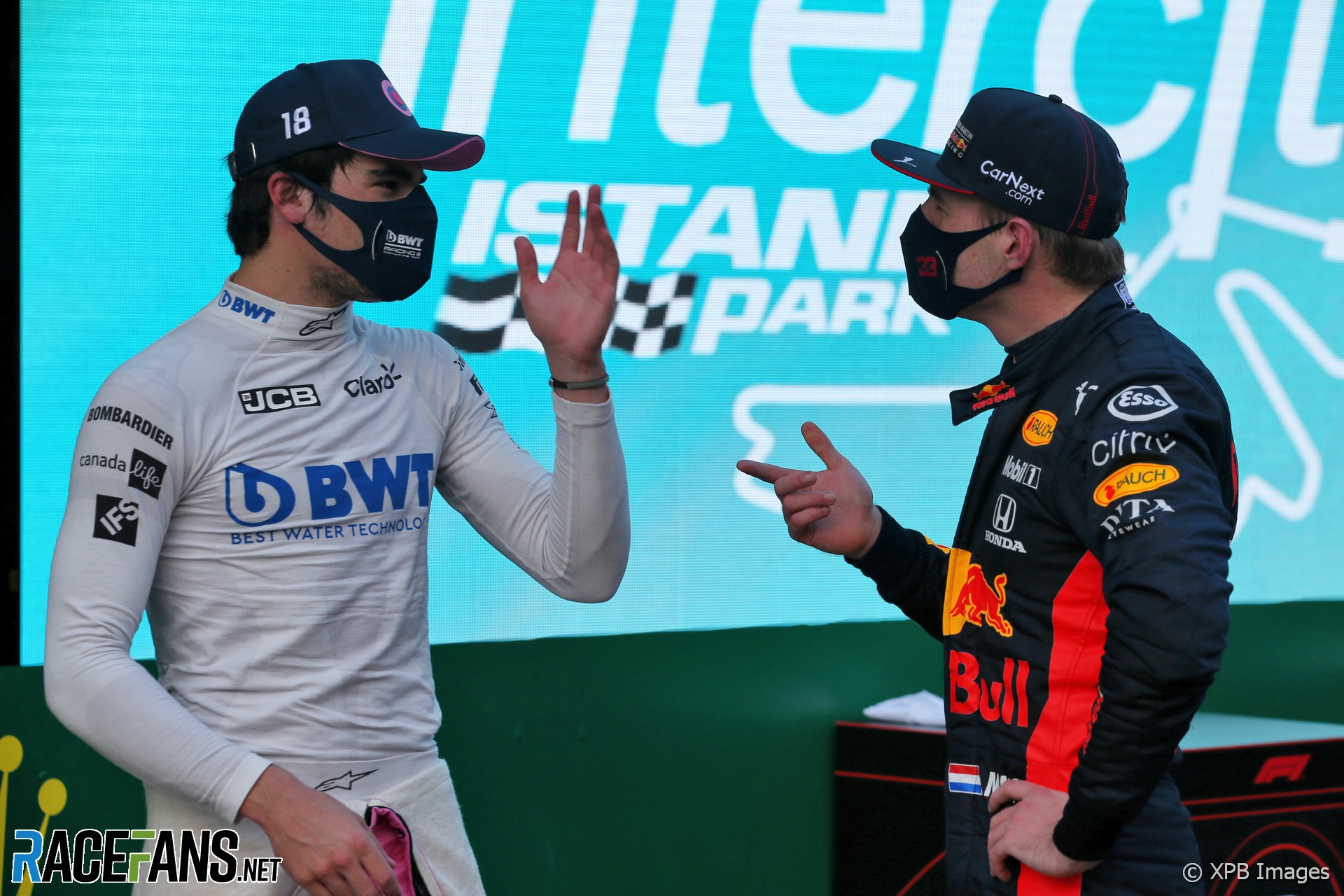 It’s often said that rain is ‘the great leveller’ in motor racing.

But rain plus a freshly-paved circuit and low temperatures created a freakish mix of conditions at Istanbul Park. Add in the ever-present challenge of keeping Pirelli’s tyres in the correct operating window, and this combination of circumstances was the great randomiser.

Consider the swings in form between Q2 and Q3: Max Verstappen went from being the best part of two seconds quicker than the field to losing pole position by less than three-tenths of a second. Racing Point found five seconds between the two sessions, while world champion Lewis Hamilton struggled to beat his Q2 time at all.

It’s framed a fascinating grid for the race: Lance Stroll on pole position, Verstappen alongside and their respective team mates directly behind them.

So what does this mean for the race? Obviously the first question is whether the weather is going to give the teams any respite from these challenging conditions.

Given the practice running we’ve seen so far, Racing Point can be expected to have a hard time holding onto the advantage they’ve won themselves in any circumstances. The pink car was the one to have in the particular state the track was in at the end of Q3, transitioning from full wet to intermediate tyres. At most other times this weekend it’s been a Red Bull.

This is why Verstappen was so put out at being beaten to pole position. After all, he headed all three practice sessions and the first two stages of qualifying.

But he may not be able to easily assert himself when the race gets underway. Splitting the Racing Points may turn out to have done his chances more harm than good, as it means Verstappen will have to start off the racing line. There the grip levels may well prove to be non-existent rather than merely atrocious. Racing Point’s one-three on the grid could be a one-two by turn two – that’s certainly Perez’s expectation.

Still, in stable conditions the Red Bull should prove significantly quicker. Verstappen has certainly looked quick enough to pick off the pink cars, but what about his team mate?

This is an especially intriguing question when you consider Alexander Albon is starting alongside the very driver who has been tipped to take his Red Bull seat next year. That is Sergio Perez, who also happens to be 18 points ahead of Albon in the drivers’ championship.

The stakes are high for Albon. Red Bull is giving him every chance to bag a result which would make keeping him in the team next year a no-brainer. They will be looking at this grid thinking they pass Racing Point and keep Mercedes behind and claim their first one-two of the season. Albon has to play his part in that.

There is also the small matter of the drivers’ championship. The idea of Hamilton claiming his seventh championship with anything less than a win, let alone a podium finish, looked remote before the weekend began.

Yet there he is, sixth on the grid. In the race which could see him equal Michael Schumacher’s record of world championships, he will have to pull off something truly special if he’s going to celebrate it with a win.

Share your views on the Turkish Grand Prix in the comments.

31 comments on “Stroll vs Verstappen for the win, Perez vs Albon for a Red Bull seat?”