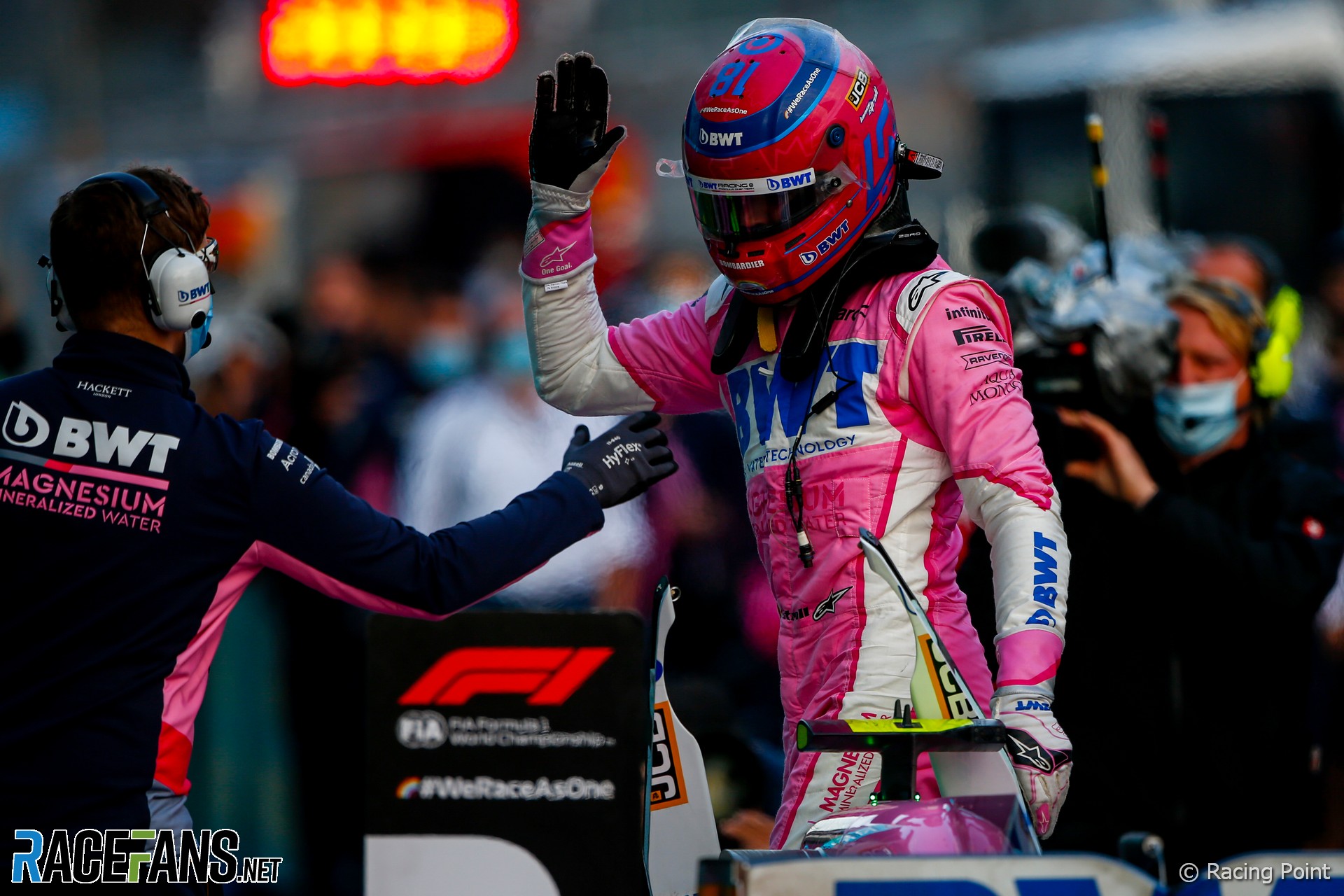 Lance Stroll’s first Formula 1 pole position came about because of his “well-judged” call to switch to intermediate tyres, his team principal Otmar Szafnauer has said.

The Racing Point driver has endured a tough series of races. He hasn’t scored in the last five rounds, one of which he missed after testing positive for Covid-19.

“He came in and said straight away, towards the end of Q3, ‘it’s going to be intermediates’. He said it right at the beginning of Q3, said ‘it’s not quite there yet but it will be at the end’. But he came in, put the intermediates on, he was absolutely right. And he got the tyre to work and he deserved pole position.”

Sergio Perez held provisional pole position but fell to third after being held up by Antonio Giovinazzi on his final flying lap.

“We expected to be good but I [don’t] think we expected pole and third,” said Szafnauer.

“They were all very composed. Lance especially, very calm, communicated well with the pit wall, told us what the conditions they were like. Very good.

“I think Sergio didn’t get the last lap, Lance did. [He was] a bit disappointed, Max [Verstappen] and Lance got one more lap in if I remember correctly.”

“Both of them did a fantastic job,” he added. “The conditions were the trickiest I’ve seen. A new, freshly re-Tarmaced track that’s pretty slick without even water on it, then you add water and low temperatures as well. It was like driving on ice and they both did a great job.”

12 comments on “Stroll’s pole ‘wasn’t luck, it was well-judged’ – Szafnauer”