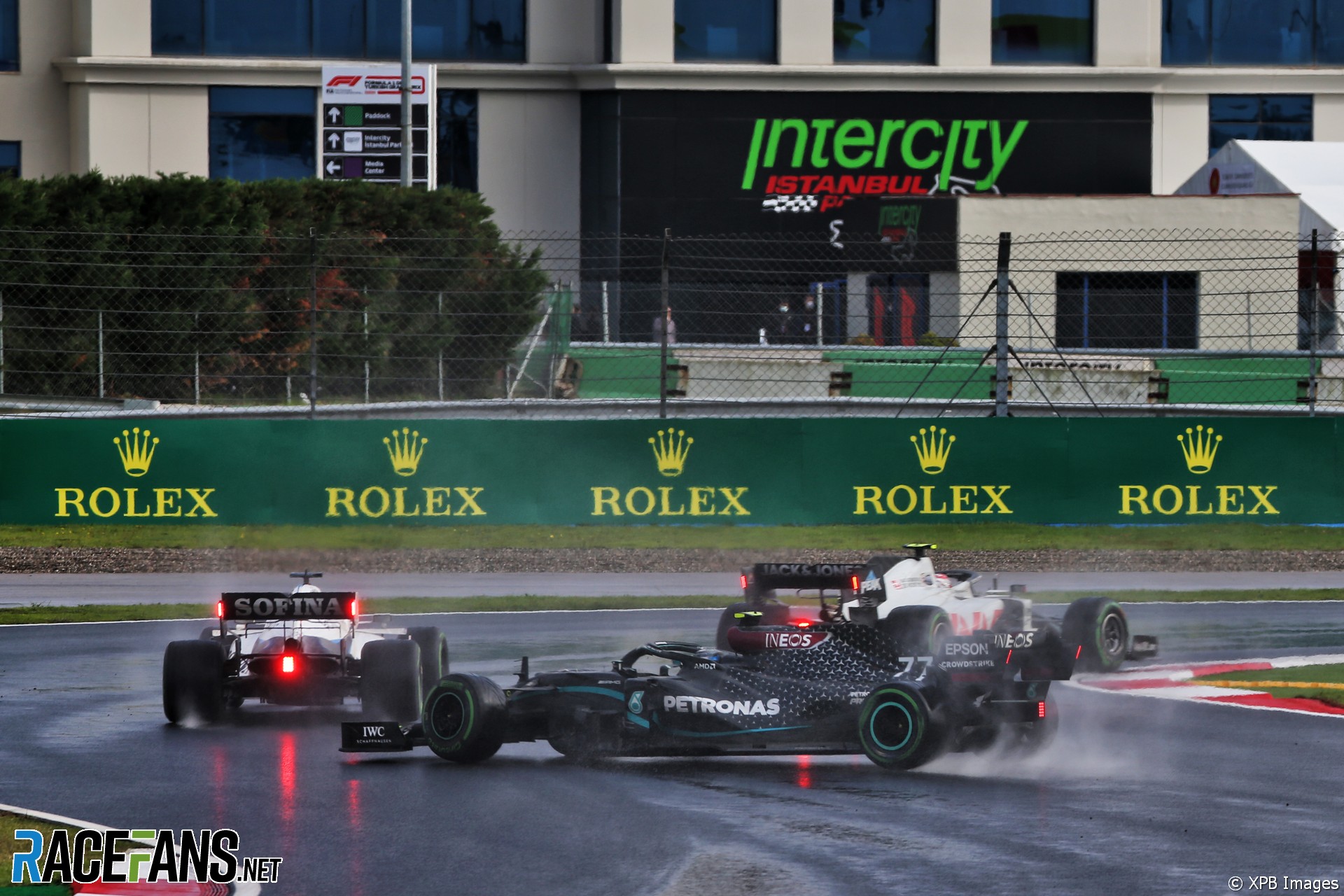 Valtteri Bottas said his steering was damaged in a collision at the start of the Turkish Grand Prix, which left him struggling to stay on track.

The Mercedes driver spun while avoiding Esteban Ocon who spun in front of him at the start. It was the first of six spins he had during the race.

“That was a long race,” said Bottas. “Such a long day.

“Obviously in the first lap everything went wrong. I don’t know was it Danny or someone in the first corner spinning and I was avoiding and I spun as well.

“Then I had contact in turn nine and then the car was not the same anymore. I struggled to stay on track. I couldn’t steer, the steering wheel was [not pointing straight] and there was a piece missing from the front wing. It was a survival run.”

Bottas finished 14th and was lapped by team mate Lewis Hamilton, who clinched the championship with his winning drive.

“He deserves it, fully,” said Bottas. “He was better of us this year, of all, on average. He fully deserves it so very good for him. But I’ll try to beat him next year.”

With Hamilton confirmed as champion, the highest Bottas can finish in the championship is second, the place he currently holds. Max Verstappen is 27 points behind him with three races remaining.