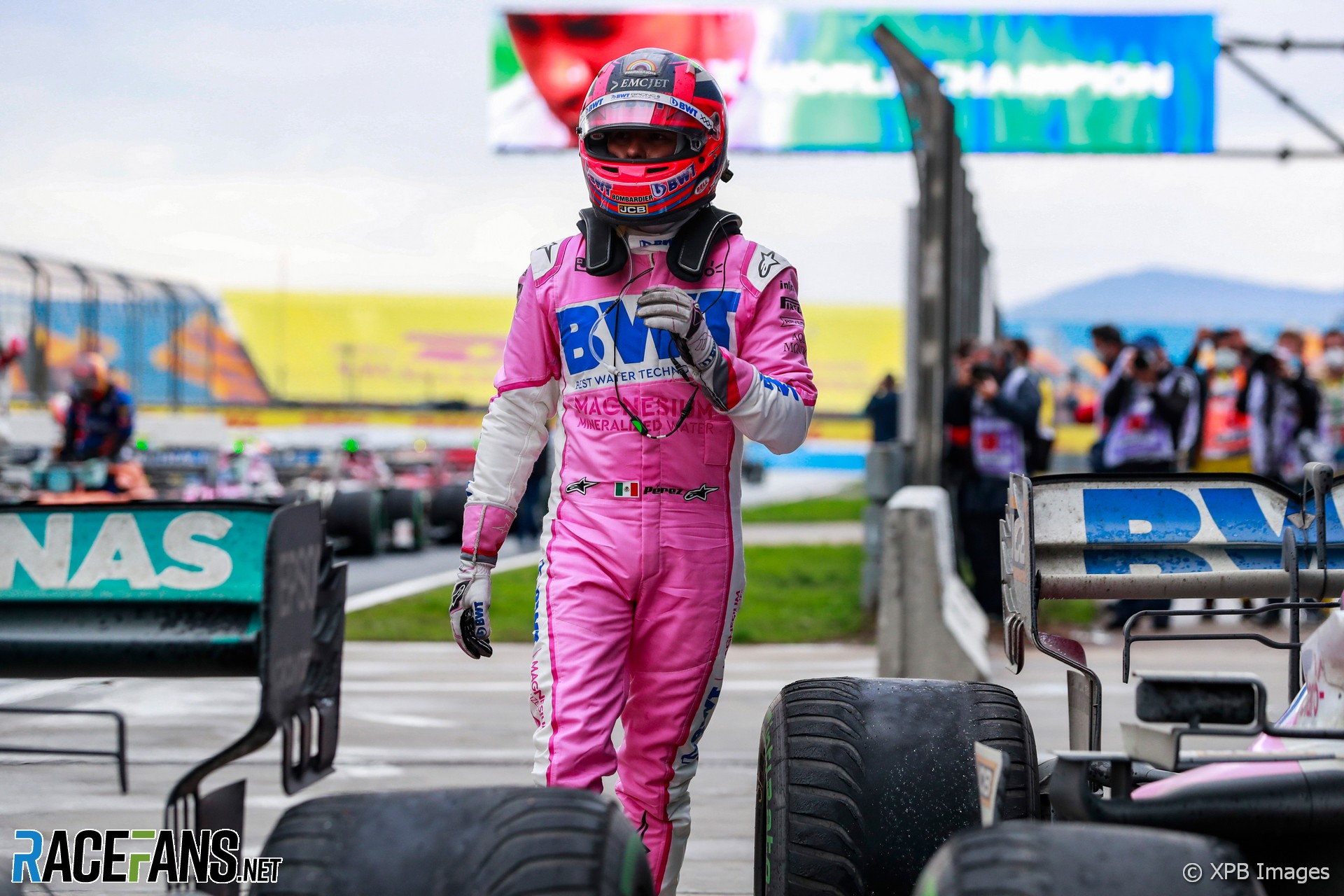 Sergio Perez feared the tyres he finished the Turkish Grand Prix on wouldn’t have lasted another lap.

The Racing Point driver covered 47 laps of the 58-lap race on a single set of intermediates. After the race he said he was worried they would have “exploded” if he’d pushed them any further.

Perez secured his first podium of the 2020 season and equalled the best result of his career in a thrilling finish to the race which saw him fend off the Ferraris of Sebastian Vettel and Charles Leclerc in a dramatic final lap.

Although it made for a difficult end to his race, Perez said the decision to stay out secured him second place.

“That was key, really,” he said. “I told my team on the radio, I think one more lap on those tyres and I think they would’ve exploded.

“The vibrations were extremely bad towards the end. But I think that also made our race, looking after them in the beginning helped towards the end with the drying conditions. I think the team did a fantastic job in terms of strategy, reading the race.”

Perez ran second in the first half of the race behind team mate Lance Stroll. He came under sustained pressure from Max Verstappen for many laps until the Red Bull driver spun on the back straight while attempting to pass.

“With Max, I couldn’t see anything in my mirrors,” he said “My mirrors were full of fog. My engineer was telling me the gaps and so on. And then all of a sudden, I saw Max running wide and he disappeared.”

Perez stayed out after Stroll was brought in for a second set of intermediate tyres and was caught by the chasing Ferraris over the final laps of the race.

Perez said he wasn’t aware Leclerc was so close to him at the end of the race.

“So in the final lap it was a pretty good battle with him. He overtook me into turn nine and then I took him back into turn 11. It was a chaotic race, but a strong result for us.”