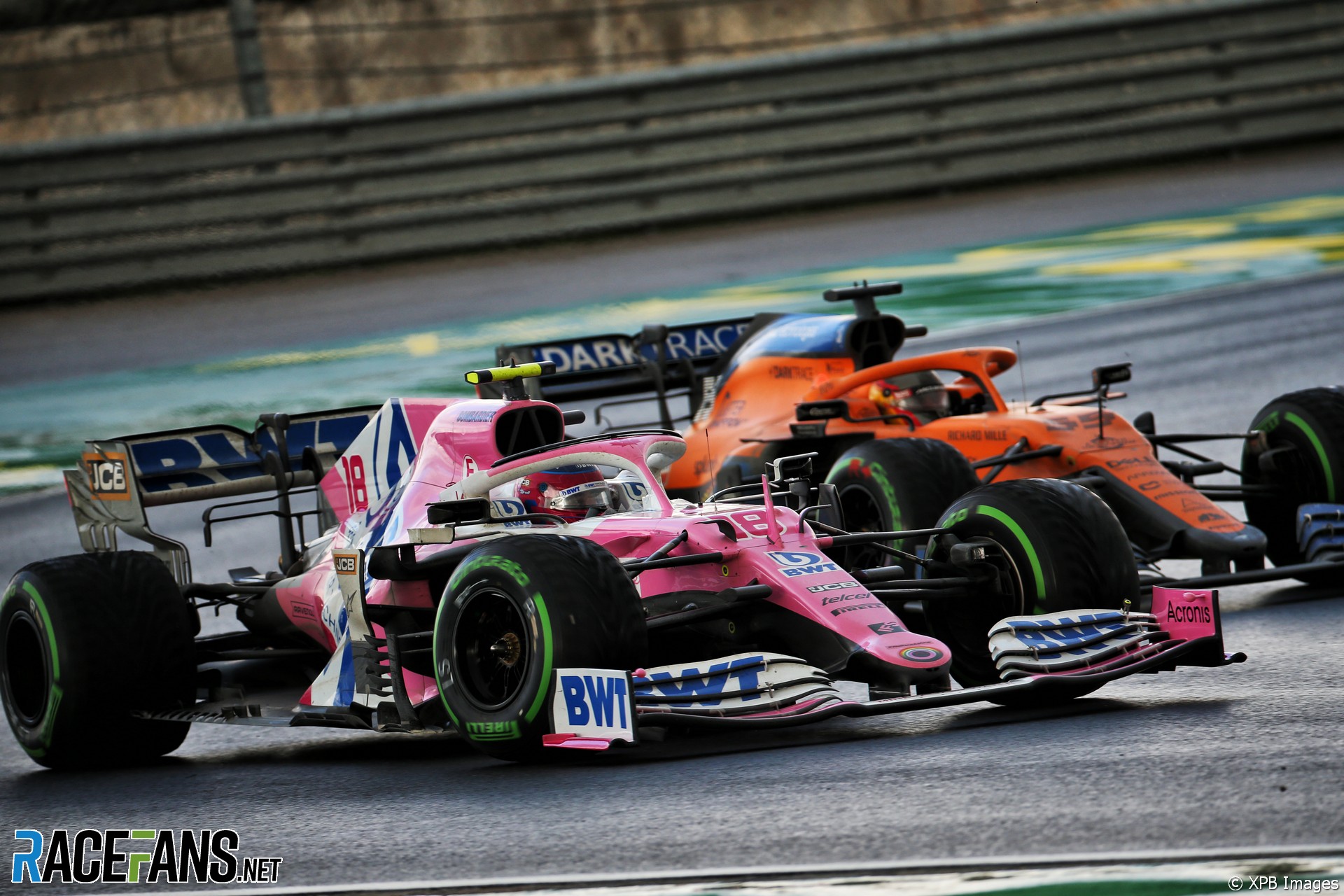 Racing Point insist they made the right decision by pitting Lance Stroll from the lead during the Turkish Grand Prix, despite him subsequent slump to ninth place at the finish.

Stroll, who started from pole position, held the lead ahead of team mate Sergio Perez as the race passed half-distance. But he began to experience graining on his tyres and slowed, which allowed Perez to close on him.

Other drivers began to put Perez under pressure, and Perez warned the team Stroll was holding him up. After initially staying out, Stroll pitted for a fresh set of intermediate tyres.

But once back on the track, Stroll continued to slip backwards, and was passed by several of his rivals. He eventually finished ninth.

“It’s a shame Lance didn’t get the result he deserved,” said the team’s CEO Otmar Szafnauer. “He handled the pressure of starting on pole position very well. He was flawless today and carved out a lead of over 10 seconds, when his tyres worked as expected.

“It was tough to judge the conditions, but we made the right call to switch Lance to intermediates, rather than wait for slick conditions that ultimately never arrived. We need to look into why Lance struggled so much with graining on the new intermediates because that prevented him from joining Checo on the podium.”

Perez took the lead from Stroll but was passed by Lewis Hamilton. He briefly lost second place to Charles Leclerc on the final lap, but re-passed the Ferrari driver, and took the team’s best result of the season to date with second place.

“A podium is a great result for the team after an excellent drive by Checo,” said Szafnauer. “We can be very proud of the fact we led a significant amount of the race in very difficult conditions with both cars.

“As we’ve come to expect with Checo, he managed the wet tyre very well early on and the team timed his switch to intermediates perfectly. To manage the intermediate on a changing track surface for 48 laps was a huge challenge, but he managed it to secure second.”

13 comments on “Racing Point: Pitting Stroll from the lead was the “right call””