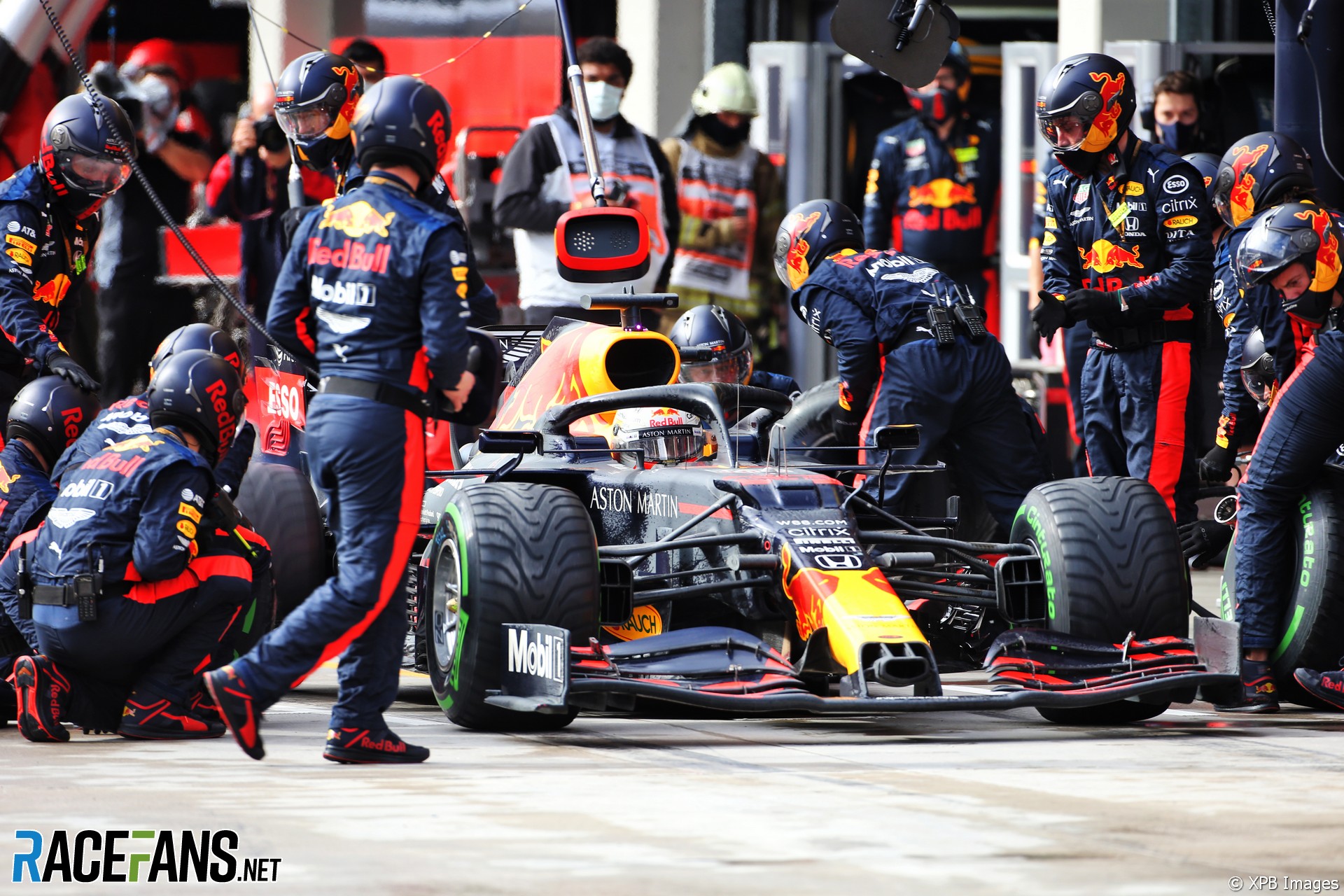 Max Verstappen described the conditions in the Turkish Grand Prix as “super-frustrating” after he fell from a race-leading position to finish sixth.

The Red Bull driver was running third when he spun while trying to overtake Sergio Perez. That forced him to make an extra pit stop, and he spun again while running behind Alexander Albon. He eventually passed his team mate, but still finished outside the top five.

“It’s just very frustrating, to be honest,” he said after the race. “I tried to follow Checo through that kink and then suddenly I just massively washed out.

“You get onto the green bit, big spin, trying to keep it out of the wall of course, flatted-spotted the tyres.”

The very low grip conditions made it difficult to overtake, said Verstappen. “After that of course you can very quickly catch up with the guys but you can’t pass. It’s just one line around here and already that line is very slippery. So it’s super-frustrating, we were just waiting for people to pit or whatever.”

The cool temperatures and lack of grip meant the track dried out too slowly for anyone to use slick tyres.

“The track was not really drying,” said Verstappen, “you had to keep going on intermediates. But at one point when you start wearing the rubber off the intermediates, it becomes like you’re just like sliding over that rubber everywhere.

“So it was really, really difficult. Basically just following no grip, trying to survive, so definitely not a great day. Hopefully we will never be in this situation again that is so slippery.”

Verstappen avoiding a penalty following an investigation by the stewards into whether he crossed the pit lane exit line while rejoining the track. They decided to take no action against the Red Bull driver after “reviewing video evidence from a wide variety of cameras and angles at the highest resolutions available” and being “unable to find conclusive evidence that demonstrates beyond a reasonable doubt that any part of car 33 crossed completely over the white line separating the pit exit from the track.”