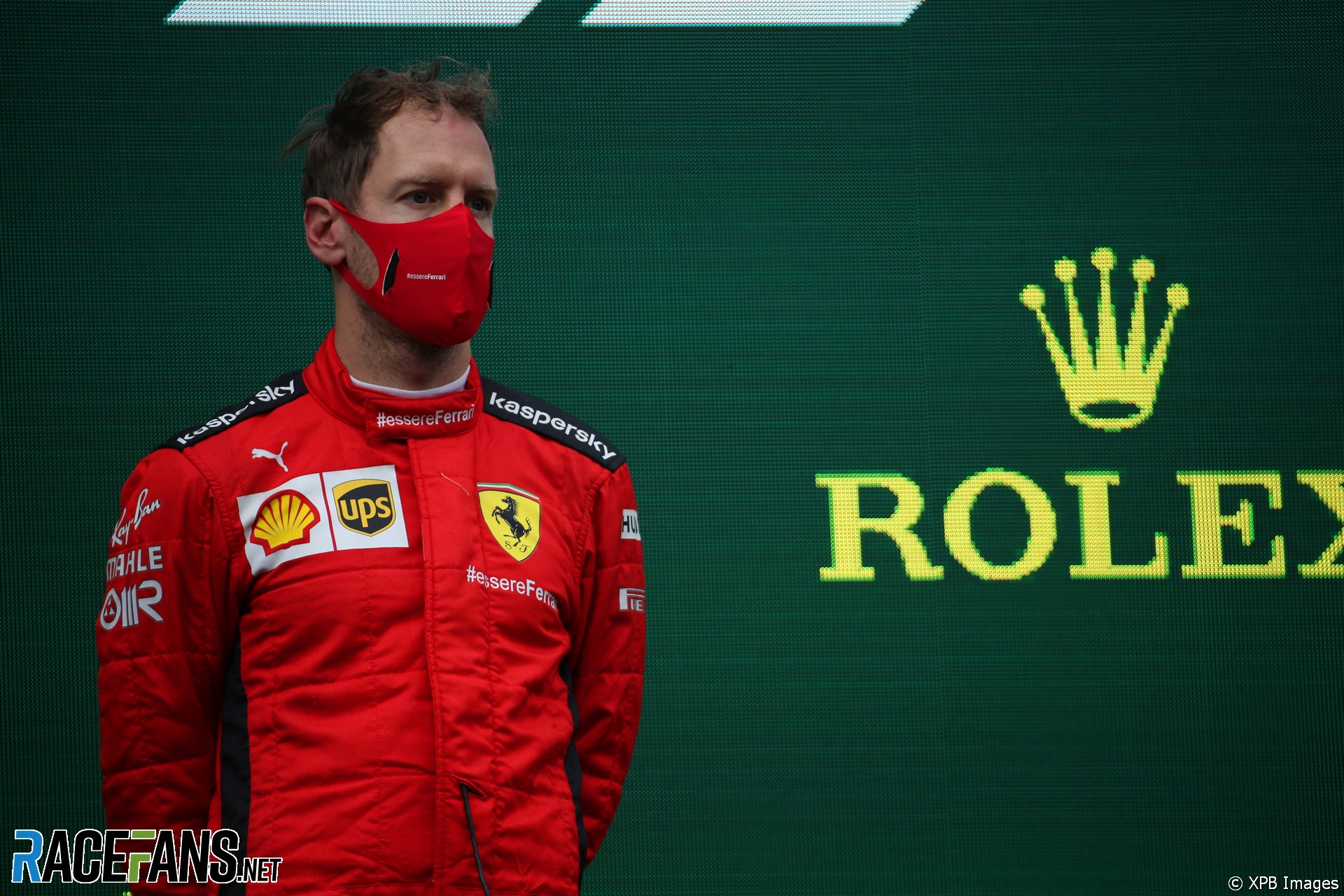 Sebastian Vettel was surprised to claim his first podium finish for over a year with a last-lap pass on his team mate in the Turkish Grand Prix.

Vettel began the final lap in fourth place but grabbed an opportunity to take third place off Charles Leclerc when his team mate ran wide in the final sector.

He came within three-tenths of a second of beating Sergio Perez to second place, but nonetheless secured his first podium finish since last year’s Mexican Grand Prix.

“It was quite intense,” said Vettel. “Quite long, but good fun. Obviously it was very intense on the last lap, a bit of a surprise to snatch the podium in the end but certainly I’m very happy.”

Leclerc ran wide after trying to pass Perez at turn 12 on the final lap. “I saw that Charles was quite close to Sergio and I’d heard that Sergio was struggling with his tyres. So the laps before I was already chasing them down and I could see them fight.

“As soon as I saw Charles locking up I saw that there was an opportunity for me. It was very close as well with Sergio. I think he had nothing left on his tyres.”

Vettel enjoyed the best result of a challenging final season for Ferrari in Turkey after out-qualifying team mate Leclerc and gaining eight places on the first lap.

“I had a really good opening lap and already found myself in [third],” said Vettel. “I was quite happy on the wets and then we switched to the intermediates. It was a bit more difficult in the beginning and only towards the end I started to find the pace again.”

He resisted the temptation to switch to slick tyres in the closing phase of the race as the track gradually dried out.

“With 20 laps to go I was thinking about dry tyres because the circuit was constant,” Vettel explained.

“The tyres were already worn anyway, so effectively we had slicks. I think it’s just a matter of nobody dared to put them on.

“There was some rain forecast for the end which in the end didn’t come. I would have really liked to have put them on because I think that would have been a chance to win but I’m equally happy with third.”