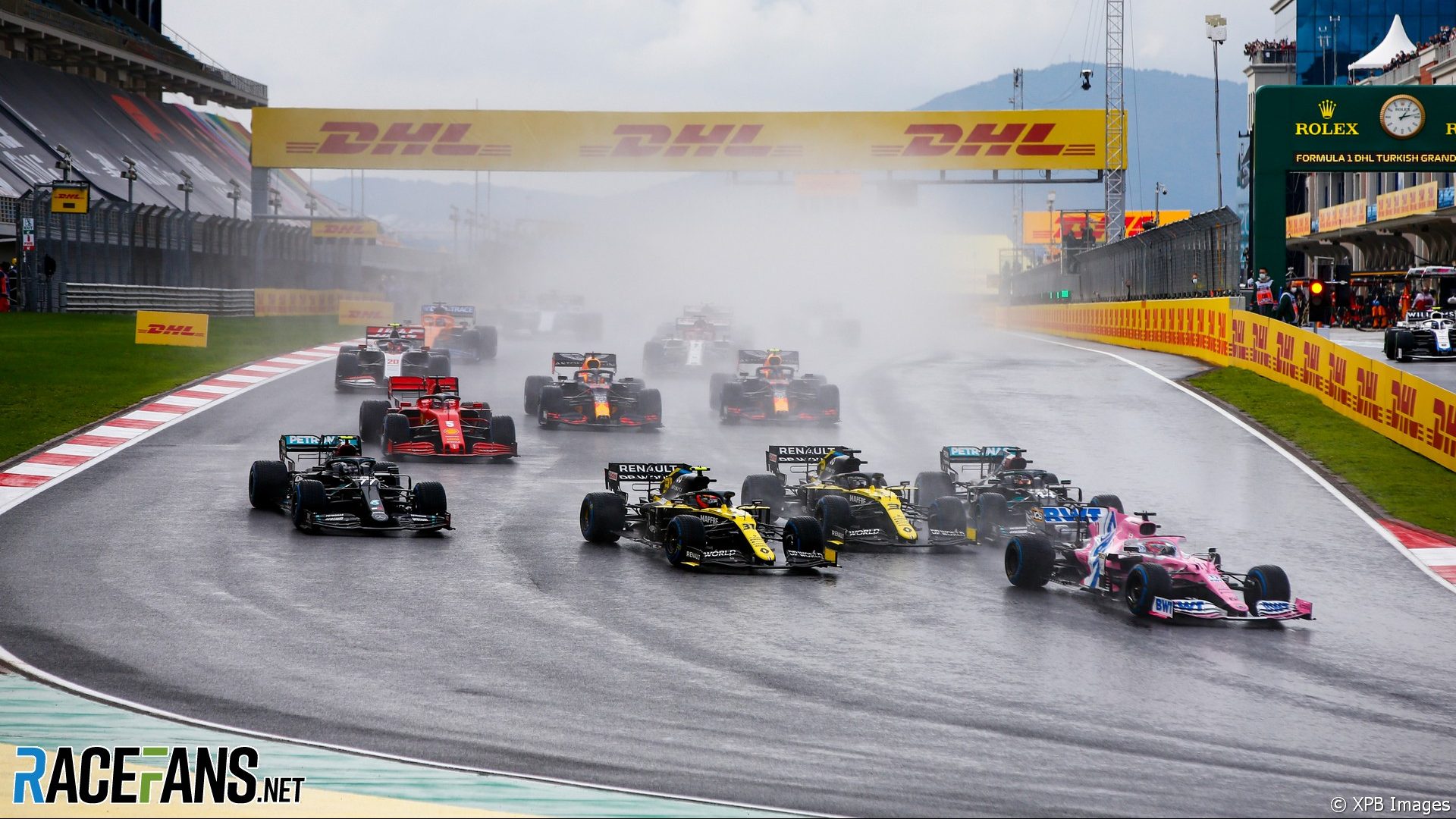 In the round-up: Esteban Ocon says he made the best start of his season so far before being hit twice on the first lap.

Ocon made a rapid start from seventh on the grid, but his race went awry quickly:

A very tricky race, unfortunately. We got a flying start and that was a brilliant thing. It’s probably the best start I’ve had in the year.

Obviously went to third. I’ll have to re-watch the video a little bit, it’s just a very unfortunate incident obviously in turn one. Lewis [Hamilton] was on the inside of Daniel [Ricciardo] and Daniel opened the steering and then touched me on the rear and that made us spin.

I got going again and was still in pretty good shape – a bit worse shape, but still pretty good shape. And then I got hit by Valtteri [Bottas] into turn nine who missed the braking point, again. So twice the same but that time I had to pit because of the puncture.

So that compromised my race completely. Even though no Safety Car or nothing, I still came back 11th, a long way off. So the pace was very solid. And I think there was some good points on the table for us today. It’s just I seem to have a lot of bad luck recently. I hope that will turn around.

“Thank you for helping me achieve my dream. I hope your realise that we’ve created #HIS7ORY together.” ❤️ pic.twitter.com/znkPDvjCRZ

Drivers and team’s quote after the race (AlphaTauri)

"We were totally lost, we couldn’t find the proper setup, and as a result, Pierre qualified 15th and Daniil 17th. This was of course very disappointing, as the car had absolutely no grip due to the wrong set-up."

"The race was going in the right direction, at least for Kevin (Magnussen). We were solid there in the top 10, looking quite stable, and then we had a bad pit stop again."

"It’s particularly pleasing that Sebastian finally got into the top three. He drove a very strong race, especially that fantastic start. Charles was very quick for long parts of the race. If it had not been for the start and that final slip on the last lap, he would have finished second, but he still had a great race."

"Lewis has become a passionate advocate for more diversity and inclusion. He has also taken tangible steps to support this important cause. As a team and as a company we stand with him. We're proud you're part of our family, Lewis."

"He was getting strike after strike, spinning it down the lane, and we were like 'have you done this before?' and he was like 'nope'. However, as it turns out, the night before we did the bowling, he had gone in for some private lessons."

There were many words of praise for Lewis Hamilton today – this was one of many excellent comments paying tribute to his achievement:

Seven titles! Wow! This achievement is not to be scoffed at. It is evident by observing the emotions of many a world champion when they have just won the title, how much it takes out of them. It was certainly evident today. To be able to have the stamina to sustain the focus through seven successful title challenges is truly remarkable (not to mention the other close but unsuccessful title challenges).

It obviously takes a significant amount of time to win this number of titles. Time over which Formula 1 can change significantly. For me, one of the things that makes Lewis Hamilton so great, is how he’s evolved as F1 has changed over the years. Think of how much F1 has changed since Hamilton joined the sport; from the sprint racing in small, light cars with grooved tyres during the refuelling era; through the 2009 aero changes, with slick tyres, double diffusers and KERS. F-ducts, blown diffusers, coanda exhausts and FRIC have come and gone. Designed to degrade tyres, DRS, long, heavy, wide cars with turbo-hybrid engines remain.

He’s come a long way since we saw the blindingly quick, fearless young charger burst onto the scene. Great champions learn a lot from the times when they have been unsuccessful. I think that he’s really taken on board the lessons from 2010, 2011 and 2016 in particular, and I think those lessons have significantly contributed to his polished performances of recent times. Today’s performance was the epitome of skilful race management from the cockpit, essentially a demonstration of how much Hamilton has grown as a driver, and such a fitting way to see an exceptional talent win the title for a seventh time. A champion that I feel truly privileged to see. Congratulations Lewis.
Dom (@3dom)