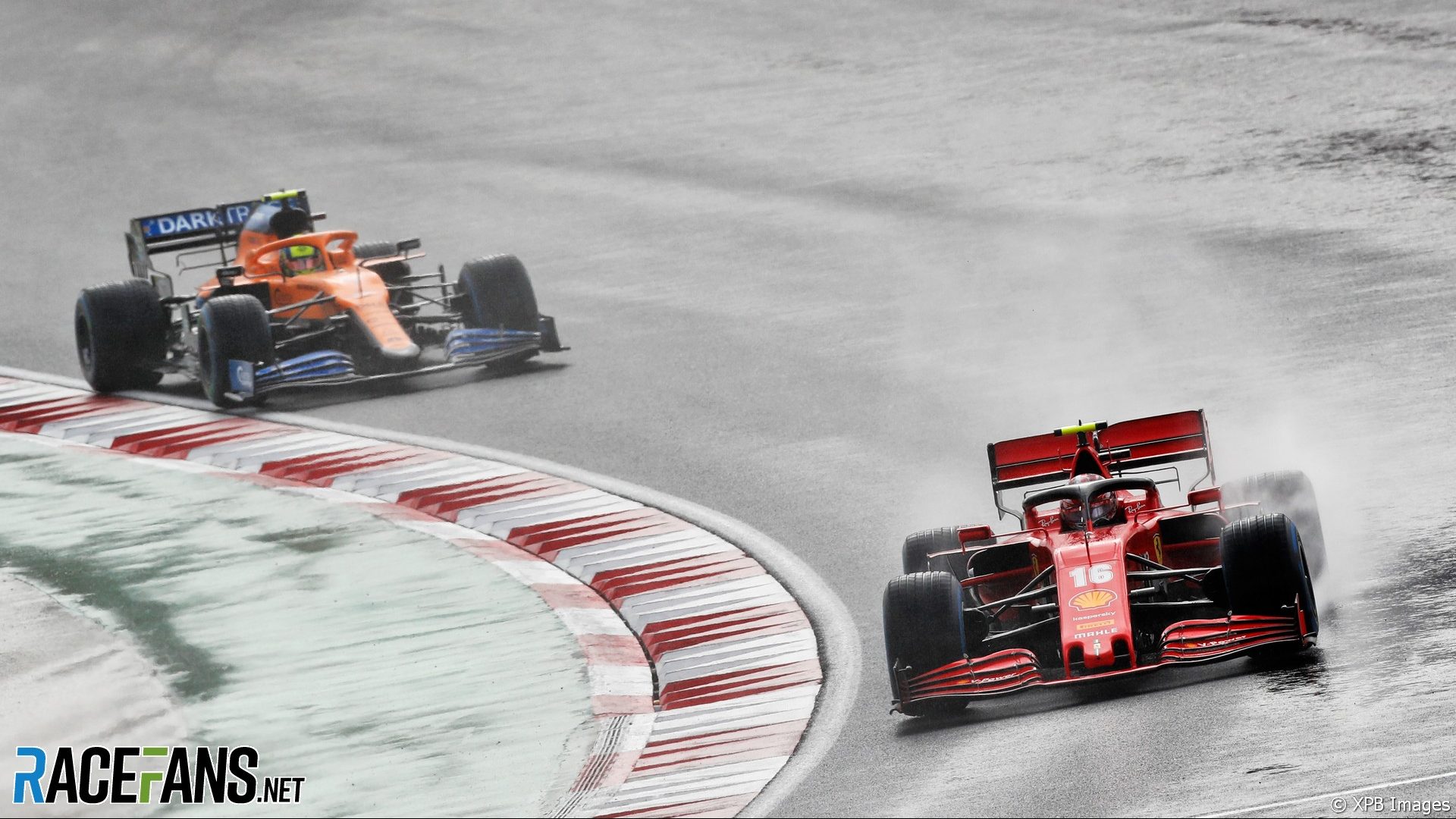 Ferrari’s strong performance in the Turkish Grand Prix could propel them into the fight for third place in the constructors championship, says McLaren’s Andreas Seidl.

Renault, McLaren and Racing Point arrived at Istanbul covered by just one point in the contest for third place in the championship. But Ferrari’s best result of the season so far in the race has raised the prospect of a four-way fight for third.

“It was obviously great for us to score this result because it kept us in the fight in the constructors championship which is good,” said Seidl. “But we definitely do not have the third or fourth quickest car at the moment in this battle.

“And with what we have seen also from Ferrari, one more good result and suddenly the fight is between four teams for this third, fourth, fifth and sixth.”

Seidl said he isn’t “worried or concerned” about the possible threat from Ferrari, “I’m just realistic.”

“I know what a team like Ferrari with all the resources they have can do and it’s not a surprise that they are coming back during the season,” he said. “We never underestimated the power that Ferrari has. They have two great drivers, also, and obviously a great team. So that’s the reality we’re in.

“It’s simply important to focus on ourselves, to see that we extract the maximum from what we can do with everything we have. We have a competitive car which is a great step forward compared to last year.”

After 14 races McLaren have 149 points, 76 more than at the same stage last season. Seidl said this “shows again that we made a great step forward with the team.”

“But at the same time we have very strong competitors and we just hope we can keep this battle alive until the last race,” he added.

He said the team were encouraged by the performance they showed at some stages during Sunday’s race, though he admitted they may not have maximised their potential points haul through their strategy.

“If you just look at the race, obviously it feels a bit of maybe even a missed opportunity because with the pace we had in the car and being so close to the Ferraris in the end, maybe if we would have pushed more as a team together with Carlos, maybe it would have been possible to score even more points.

“But at the same time, it was a tricky decision to make because it was also very much in terms of tyre life. So you can also quickly end up with zero points. Overall I think it was a well-managed by the team together with the drivers and happy with the outcome.

“What was impressive was simply that the pace we could show, especially on the intermediate tyres, the car was somehow switched on. As soon as you had a bit of free air, Carlos had it or Lando especially, then it was a actually a very surprising, competitive pace.”

The fight for third place