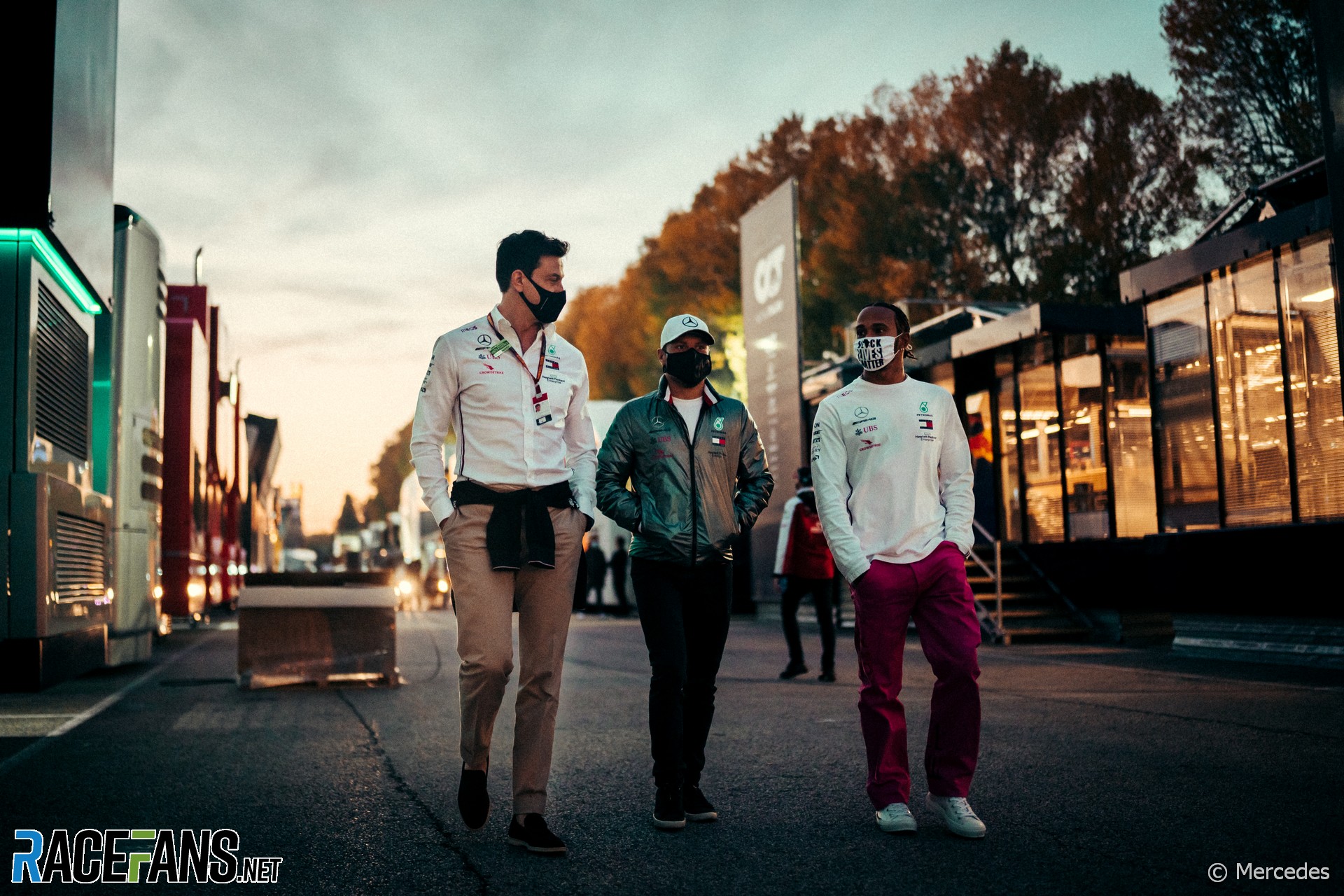 In the round-up: Mercedes team principal Toto Wolff says their pairing of Lewis Hamilton and Valtteri Bottas shows it is possible for two top drivers to coexist within the same team.

Bottas has already re-signed for Mercedes and Hamilton is expected to stay at the team next year. Wolff was asked how the team’s current line-up compares to its previous pairing of Hamilton and Nico Rosberg:

I think if you have a dynamic between two drivers where the talking happens on the track [then] I think you can have two alpha males.

Valtteri showed some really good performances this year, but then dropped away towards the end. […]

The combination works well. When Lewis has a bad day, Valtteri pulls it off and the other way around. Valtteri had a really bad day [in Turkey] and Lewis won the race. And I think this combination really works well for the team.

All set and ready for the new Alonso Kart Racing Team . First race this weekend in Adria.
2021…we go for you 👈🏼✊️✊️✊️ #AlonsoKart #karting #newproject
🔵🟡🔴 pic.twitter.com/sZuchzI0sj

"The seven-time world champion, 35, is to be given the gong after his controversial tax affairs were deemed 'all in order'."

"It is a very rare thing in our sport to get a knighthood. It is then also a recognition of his stance on equality, anti-racism and environmental issues. He is outspoken, he is playing his part and using his fame for positive purposes."

"This move threatens further controversy, with Amnesty International accusing Saudi Arabia of 'sportswashing' to distract from its record on human rights. Mr Hamilton, who has been a vocal supporter of the Black Lives Matter campaign, said F1 'cannot ignore the human rights issues' in countries on the circuit."

"The test in the RS18 at Bahrain has given me a boost. If I had not had this test with Renault, then I would never have driven in Bahrain before the round there. As you will remember, I unfortunately missed the pre-season test there earlier this year."

Christopher would like to see more than one extra race added to the 2021 F1 calendar:

I know it would be taking it up to 24 grands prix, but how about Sepang on the 18th and Algarve on the 2nd of May? They would both be double headers with China/Malaysia and Portugal/Spain but they are quite reasonable.

Mugello is very unlikely because of access for crowds and the following two in the above survey would get the places. Also, it is quite likely that at least one of the other races may not occur due to Covid or the Azerbaijani contract with Armenia or one still subject to contract.
Christopher Windle