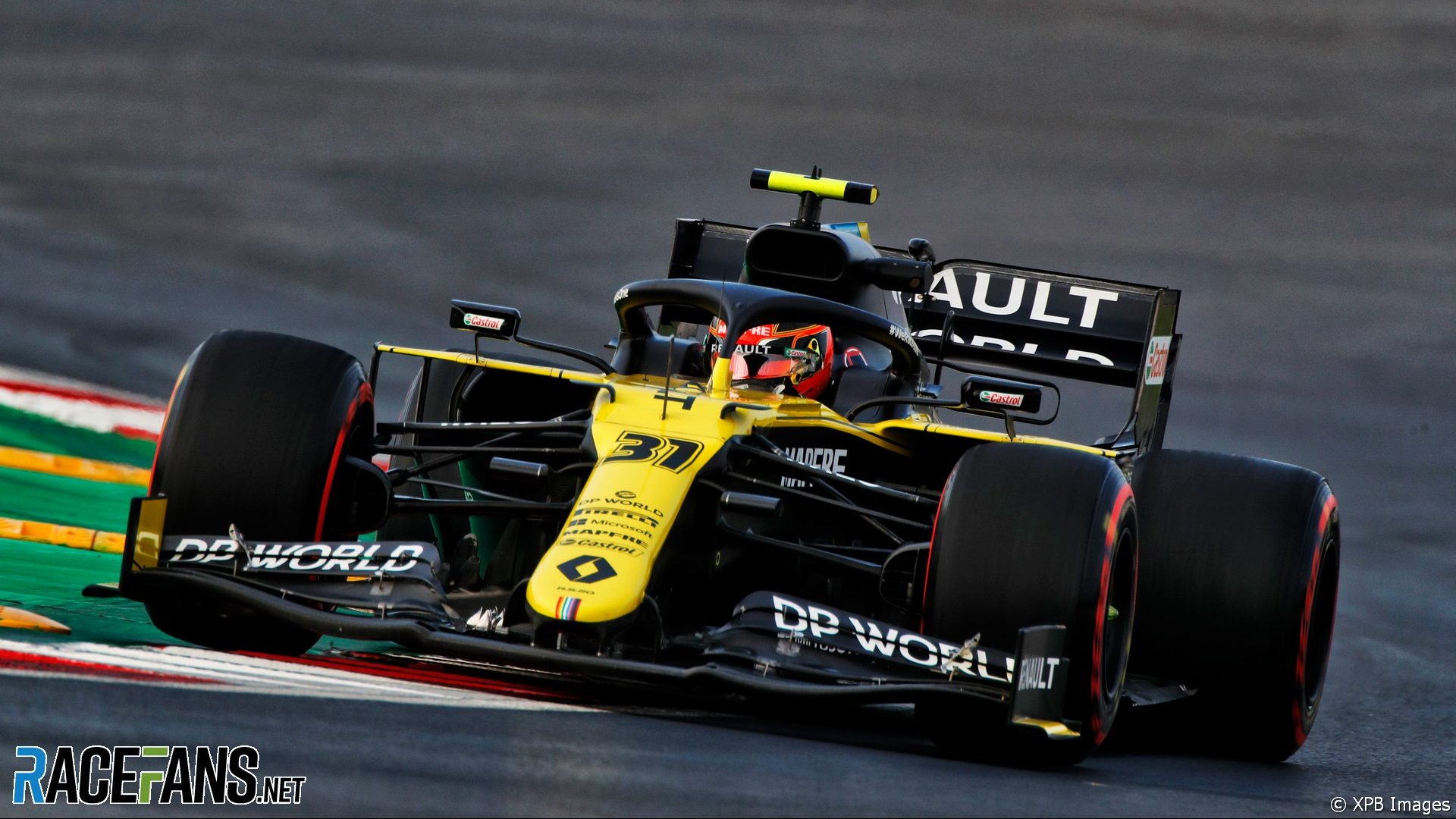 In the round-up: Esteban Ocon predicts Renault will fare better in the final three races of the season having slipped 18 points behind Racing Point in the fight for third place in the constructors’ championship.

After the cool conditions seen at Istanbul and Algarve, Ocon predicts warmer temperatures in Bahrain and Abu Dhabi will suit Renault:

I think we are usually pretty good in tracks where the heat is very strong. Usually we look well after the tyres on all those tough tracks we are pretty strong. So I look forward. […]

The car’s been performing well in those tracks, those conditions. So I have no doubt that we’ll be there.

Fernando Alonso is leaving no stone unturned ahead of his return to our team in 2021. Actually make that grains of sand. He’s leaving no grain of sand unturned. 100% commitment. 💪#RSspirit @alo_oficial pic.twitter.com/azeoKetWXH

"NTT Data will return to Chip Ganassi Racing in 2021 in a number of new and revised involvements with the reigning IndyCar series champions."

"There are tough moments working in Formula 1 and often they relate to difficult results at the race track. Last year the two DNFs in Bahrain on the same lap was difficult to take and ultimately slowed the momentum that we were building in the early part of the season."

I would not mind having longer Safety Car periods, we’ll get used to that like we got used to the introduction of the halo (nobody mentions it anymore by the way). However, what concerns me is if a Safety Car happens in the closing stages; I wouldn’t want a race to end under the safety car. So maybe there must be a rule that a race will be red-flagged if there is an accident in the last 10 laps for example.

As for cars un-lapping themselves maybe during the last lap or two of the safety car period, the leading cars can pass from the pit lane so that lapped cars can un-lap themselves passing from the track at higher speeds.
@Barkun