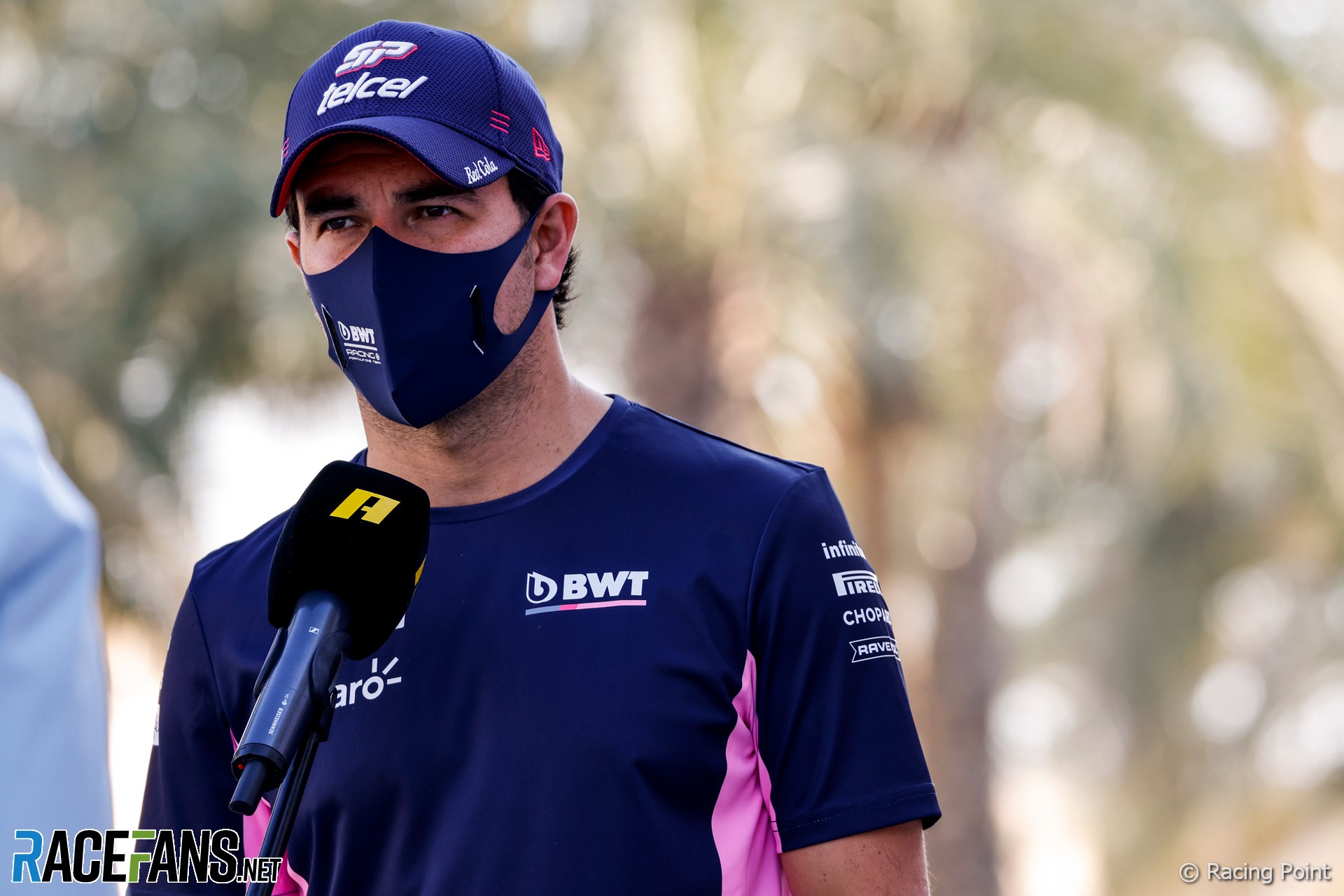 Sergio Perez has said he will take a sabbatical from motor racing if he does not get a seat with Red Bull for the 2021 F1 season.

The Racing Point driver will be replaced in the team’s line-up by Sebastian Vettel next year. But he is known to be under consideration for a move to Red Bull in place of Alexander Albon.

Speaking in today’s FIA press conference, Perez said that is the only option he is considering for next year.

“There’s only one option,” said Perez. “I’ve been here so many years, I want to keep going, I think I’m at the peak of my career.

“But I also want to keep going with a reason, with a plan, with a good project. So I think if there’s not a good project that keeps my motivation to give 100%, I’d rather not take it.”

Red Bull have indicated they may not decide on their driver line-up until after the end of the season.

Perez said he’s “just waiting on the decision, what they decide to do” at the moment. “That’s out of my hands. So I’m just approaching these three races as usual trying to focus on the job, keep delivering and the rest is out of my hands.”

With few other competitive seats available in F1 or other championships for next year, Perez said he is prepared to spend 2021 on the sidelines.

“I think if I don’t have [a] Formula 1 [seat] next year I don’t see myself doing anything else. I will take a year to consider what I want to do, [whether] I really miss it.

“Most other drivers, they retire and after six months they go mad and they want to do whatever is available. So I have to see. I’ve never experienced that my whole life.

“So I have to see also the life out of the sport, how it is, how it suits me and then see if I miss it or I just want to carry on with that life.”