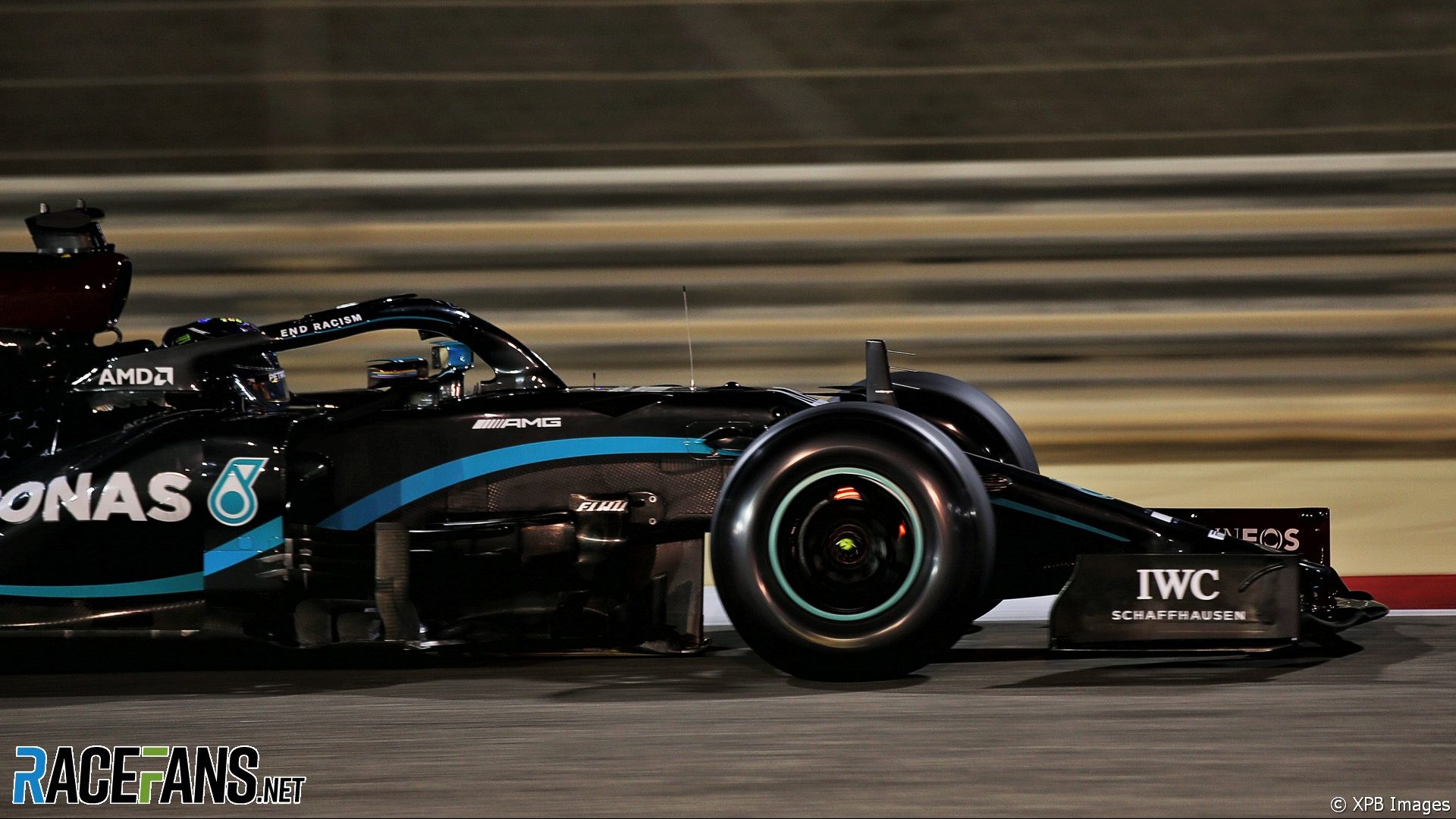 Lewis Hamilton led the second practice session for the Bahrain Grand Prix, which was disrupted by a heavy crash for Alexander Albon.

The Red Bull driver ran wide at the final corner, snapped sideways on the run-off area and spun into the wall. His RB16 took heavy damage, particularly at the right-rear.

Albon immediately confirmed he was okay before being taken to the medical centre for precautionary checks due to the high G-forces of the accident. A red flag was brought out while Albon’s mangled car was retrieved.

Almost immediately after the session restarted the red flags flew again. Although the track had been cleared of debris, a dog had made its way onto the circuit, and cars returned to the pits while it ran back to safety at turn two.

Once the session turned green again, Max Verstappen led the times until the final 15 minutes when Hamilton set his fastest lap. The Mercedes driver lapped almost three and a half tenths faster than Verstappen, setting a 1’28.971 on soft tyres.

All competitors were required to run a minimum of six timed laps on a set of 2021 C3 compounds during second practice, which they opted to do from the start of the session. Multiple drivers reported understeer on the new compound, with lap times a little jumbled by the test runs, including both Mercedes running right at the back of the order.

Bottas, in particular, complained about his steering from the moment he left the pits at the start of the session, saying it was pulling “right down.” He ended up driving slowly for his out lap, before ultimately ending up off the track briefly.

Carlos Sainz Jnr, Verstappen and Charles Leclerc topped the times after the test runs, with Verstappen improving his time to lead the session for almost the entire remaining duration before he was finally pipped by Hamilton.

Daniil Kvyat struggled all session, repeatedly radioing to his engineer for adjustments. AlphaTauri team mate Pierre Gasly was similarly vocal after being held up by other drivers, though he ended the session in sixth place.