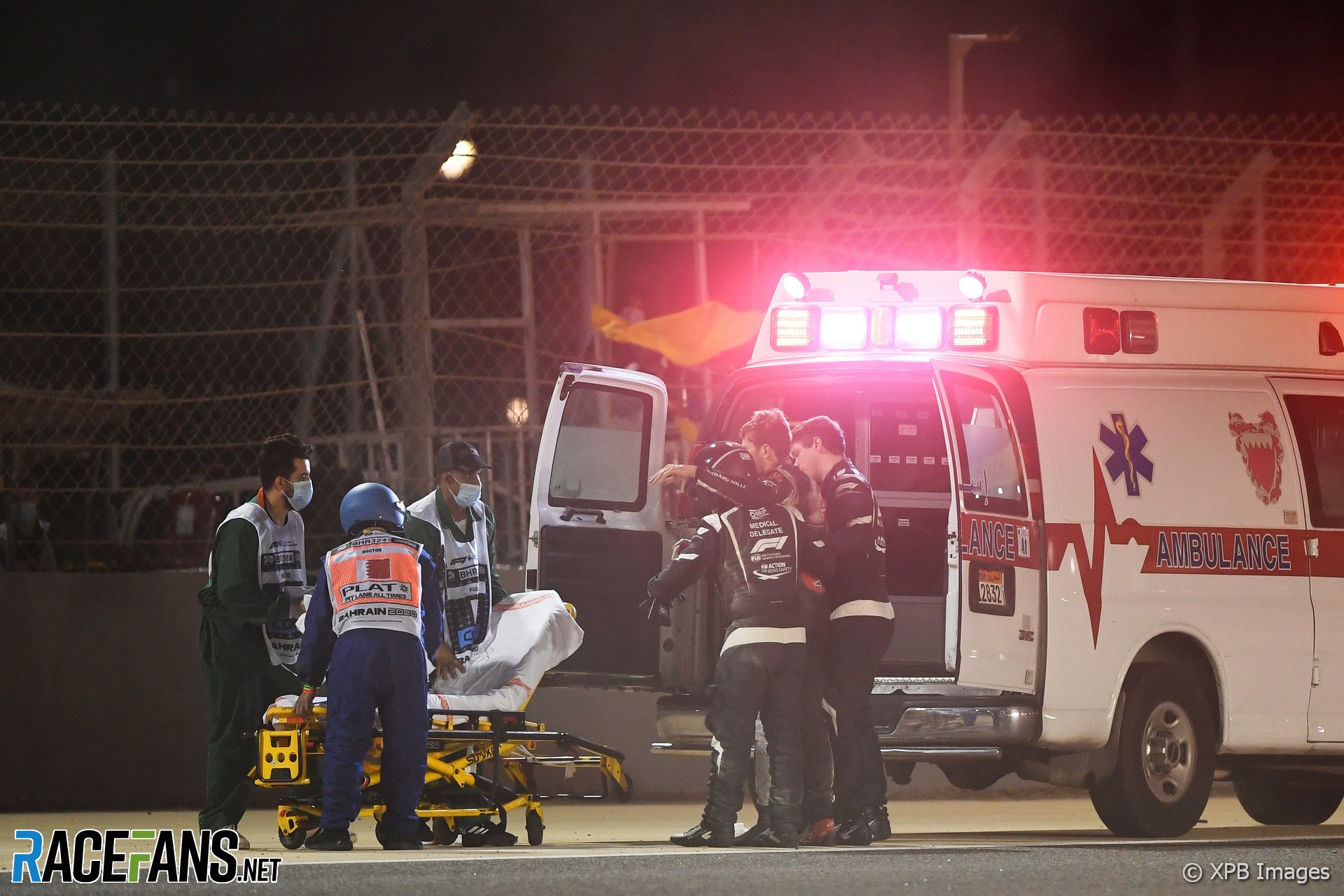 Romain Grosjean, who criticised the Halo when it was introduced three years ago, praised the safety structure following his huge crash in the Bahrain Grand Prix.

The Haas driver was one of the staunchest critics of the Halo when the FIA approved it for introduction to Formula 1. “It is not F1,” said Grosjean in 2017.

However footage of Grosjean’s massive crash on lap one of today’s race has already prompted some to claim it saved his life. Formula 1 director Ross Brawn said there is “absolutely no doubt the Halo was the factor that saved the day and saved Romain”.

Speaking from his hospital bed in a video published on social media, Grosjean admitted he has changed his mind about the Halo.

“I wasn’t for the Halo some years ago but I think it’s the greatest thing that we’ve brought to Formula 1,” he said. “Without it I wouldn’t be able to speak to you today.”

“Thanks to all the medical staff at the circuit and at the hospital,” he added.

Grosjean’s team has confirmed he sustained no broken bones in the crash but has suffered minor burns on his hands, which are heavily bandaged. “Hopefully I can write to you soon some messages and tell you how it’s going,” Grosjean added.

Several of Grosjean’s rivals also praised the Halo’s role in protecting him.

“It’s unbelievable,” said George Russell. “I think had the Halo not been there, I’m sure it would have been an incredibly different outcome. And the way he walked away anyway was incredible.”

“The safety has moved along so much in recent years,” he added. “So we can only be grateful.”