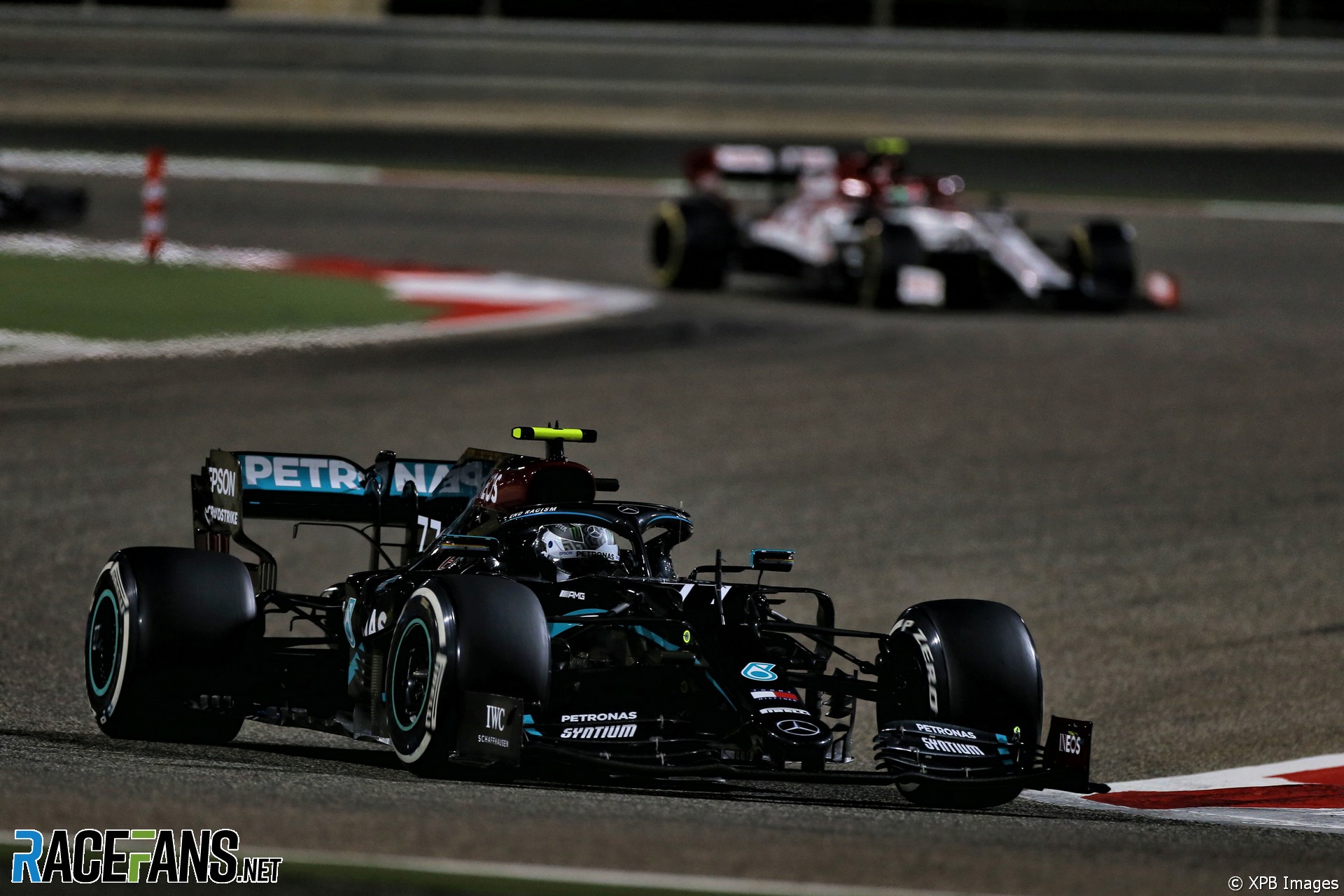 In the round-up: Mercedes team principal Toto Wolff sympathises with Valtteri Bottas over his run of bad luck.

Bottas suffered two punctures during the Bahrain Grand Prix on his way to eighth place.

Valtteri has had bad luck in his season that almost comes close to freak events. Multiple punctures that shouldn’t have happened, red flags when he was easily in the lead. And if I didn’t know that he has an absolutely strong mental constitution, a driver could start to question why that was happening to only one guy.

But not Valtteri. He is so strong, so robust and resilient that it’s only going to make him stronger. But I feel sorry for him picking up all those problems in a single season when he could have won three or four or five races more, being a solid second at least. This is difficult.

On a day like today, I am thankful to be working with Ian, and to be standing on the shoulders of giants like Charlie and Sid.

So happy that Romain is well. It makes all the preparation (and sitting around!) worthwhile for those 30 short seconds. @f1 can be proud today

The fact that @marionjolles and the kids soon will have their husband and daddy home, is a true miracle that we should all appreciate ❤️🙏🏻

So relieved that @RGrosjean is safe. Thanks to Dr Ian Roberts and the @FIA teams for their courageous and efficient intervention. We have always put safety at the top of our priorities and will continue to do so.#F1 #BahrainGP 🇧🇭 pic.twitter.com/64xubWCgUH

Maximum respect to the marshals on the scene and the medical car team for diving straight in to help @RGrosjean .Thanks you Jackie Stewart, Sid Watkins, Dr Trammell, Dr Olvey and all the motor racing safety pioneers. #F1

Kevin Magnussen: "I’m so happy that the halo was introduced, and it was on his car. Without it I’m sure it would have been very different. That’s really all from me today. I’m just happy that we’ve still got Romain."

Safety was the winner today (Ferrari)

Charles Leclerc: "After Romain’s crash, I was feeling very bad. It was probably the first time I have felt like this during a race, because I was trying to keep someone behind me and so I saw what happened in my rear view mirrors and when I got to turn 9 I saw the flames, so I was worrying and waiting for news about Romain. I was extremely happy when they told me he was ok, after what seemed like a very long time."

Andrew Shovlin: "The final stint was a bit awkward as there were moments in the race where a Safety Car would have been difficult to manage; however, by the time the Safety Car did come towards the end, we knew the race wouldn’t restart so we kept Lewis out on his old tyres."

"Checo was cruelly denied a podium after an MGU-K issue forced us to park the car with three laps remaining."

Franz Tost: "After the red flag, Daniil restarted on the Options. Then he had an incident with Stroll, who, in my opinion, came quite aggressive to the inside and I don’t think Daniil could have done anything to avoid the collision."

The safety team who ran towards Romain Grosjean’s burning car deserved to be hailed as heroes, says John:

Not all heroes wear capes.

Today they were in fire proof overalls. The medical car staff were just amazing, totally selfless, running towards a fireball with the thought in their mind that they may be going in.
@Johnnik