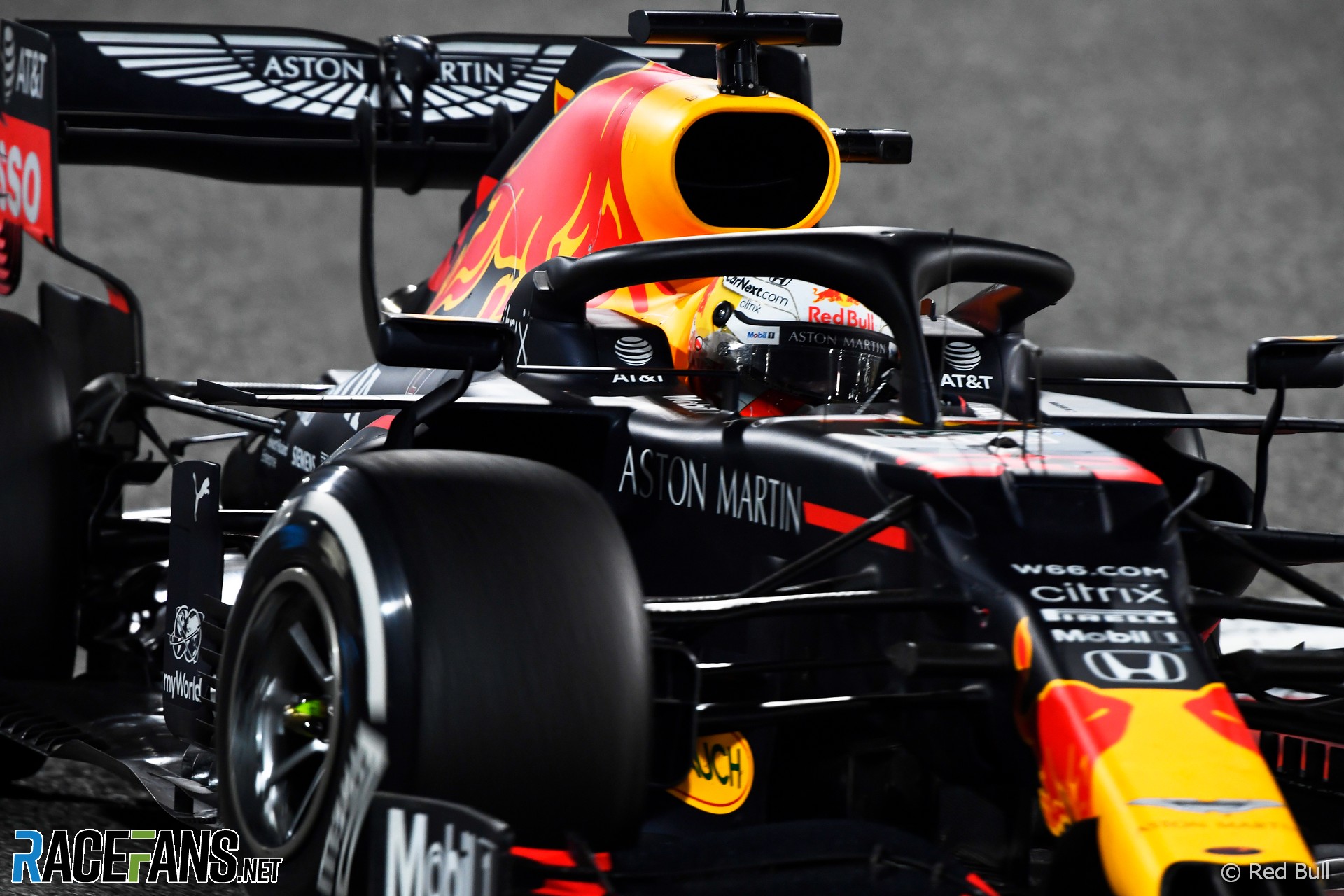 Max Verstappen said he was grateful the Halo helped protect Romain Grosjean in his dramatic Bahrain Grand Prix crash, despite having previously criticised the device.

The Red Bull described Grosjean’s crash as “a crazy incident”. The Haas chassis broke through a barrier and caught fire. It took Grosjean almost half a minute to escape the blaze.

“When I saw the flames, that was pretty scary to watch,” said Verstappen. “But luckily of course he jumped out of the car himself and that was the most important.”

Grosjean’s escape from the shocking crash shows “how much [safety] has improved” said Verstappen. The Halo, which was added to Formula 1 cars in 2018, has been the most visible safety change of recent seasons, but was criticised by several drivers when it was introduced.

“I think the Halo today saved his life,” said Verstappen. “In the beginning when it came onto the cars I was quite critical about it, that it looked ugly. But you can’t say anything about the safety because today it definitely saved Romain, so I’m very happy about that.

“My thoughts are with him and, of course, his family as well because they are watching in front of TV and that’s never nice. So I hope that he will recover very soon and he will be back with us.”

Grosjean suffered burns to his hands and is expected to be released from hospital in Bahrain tomorrow. However he will not take part in this weekend’s Sakhir Grand Prix. Pietro Fittipaldi has been announced as his replacement for the race.

Other prominent F1 figures have credited the Halo’s role in the crash. Formula 1 director Ross Brawn said there was “absolutely no doubt” of the life-saving role it had performed.

Lewis Hamilton said the Halo “for sure would have definitely have helped in saving his life today.”

Kevin Magnussen, who like his team mate Grosjean criticised the Halo when it was introduced, also said he was grateful for it yesterday.

“I’m just very, very happy to see Romain walk away from that crash,” said Magnussen. “It was unbelievable. To see him survive that is frankly a miracle.

“I’m so happy that the Halo was introduced, and it was on his car. Without it I’m sure it would have been very different. That’s really all from me today. I’m just happy that we’ve still got Romain.”

27 comments on “Verstappen: I thought the Halo was ugly but it saved Grosjean’s life”