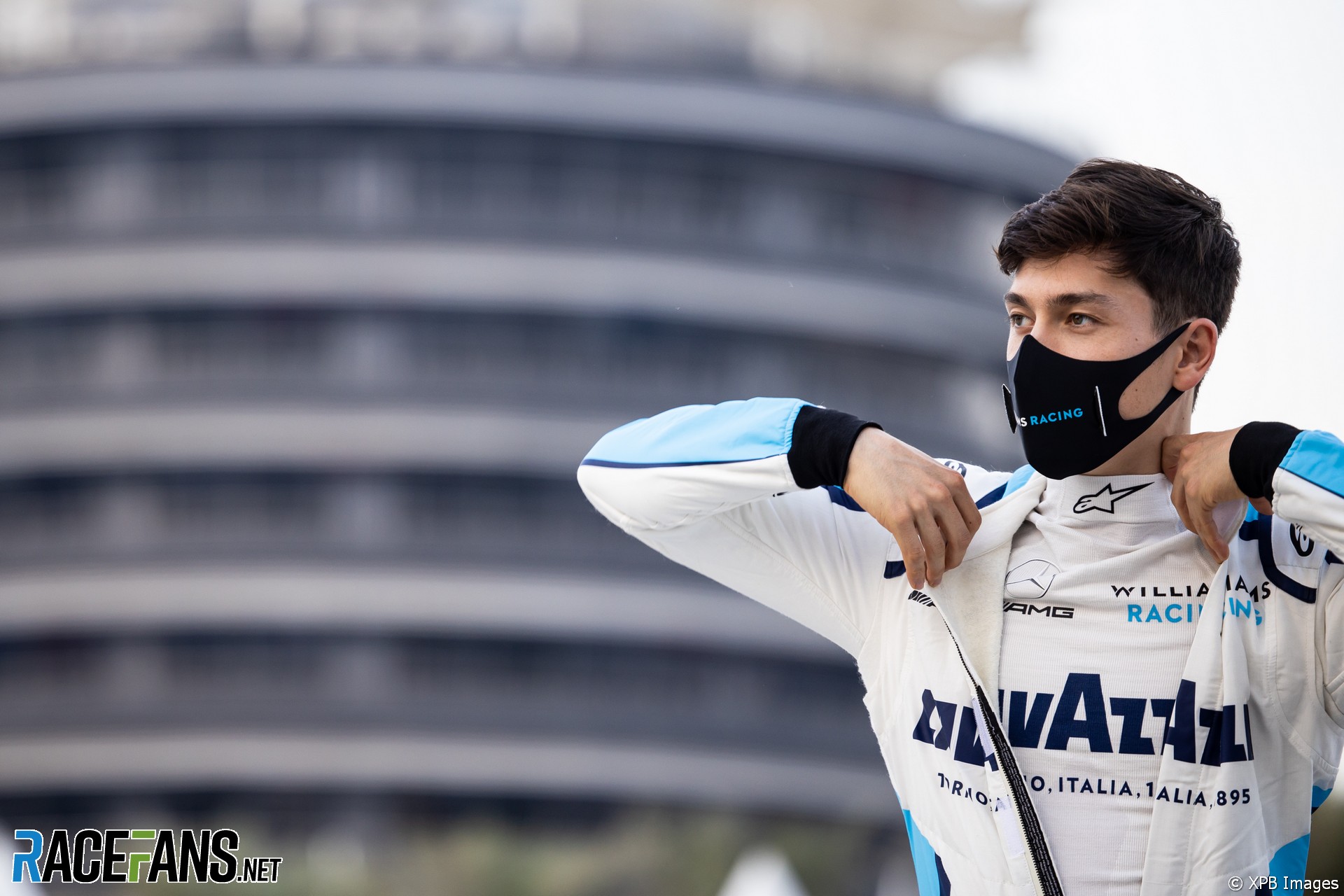 Jack Aitken says he hopes to take advantage of any opportunity to score Williams’ first points of the season on his Formula 1 debut at the Sakhir Grand Prix.

He is standing in for George Russell this weekend as Williams’ regular driver has joined Mercedes as a substitute for Lewis Hamilton, who has tested positive for Covid-19.

Aitken admitted he got on the phone to Williams straight after he learned Russell might not be able to drive for them.

“Such was my impatience that I actually contacted the team and said, ‘OK, so what’s going on?’ That was on Tuesday afternoon. They just said ‘We’re assessing the situation, we’ll get back to you, just sit tight’.

“So I sat tight for several hours. Eventually it stretched out overnight and in the morning on Wednesday confirmation came through and it was announced half an hour later or something. So it all happened quite quickly.”

He is missing this weekend’s Formula 2 season finale in order to make his F1 debut. “It’s a huge opportunity but it’s equally one that I’ve been waiting for for quite a long time and one that I feel quite ready for,” Aitken explained.

“I’m just going to approach the weekend as I always do. I’m not really thinking too far ahead in the future at this stage. It’s more just tackling what’s ahead of us this weekend. So I think I’ve got everything I need to do a really good job and I’m just going to focus on that for now.”

Aitken last drove for the team in the first practice session for the Styrian Grand Prix, “so it was just a case of checking everything is as I remember it,” he said. “We have the luxury of a lot more time to actually get prepared and settled in. So it’s been pretty smooth so far.”

Although Russell has regularly taken the Williams into Q2, neither he nor Nicholas Latifi have scored any points for the team so far this year. The team lies last in the championship with two races remaining, and need at least four points to move up a position.

“The goal for the team hasn’t changed,” said Aitken. “We want to be trying to get up into the fight with the midfield runners and hopefully, if there’s a bit of chaos and luck, maybe some points. So we’re all going to be pushing for that, same as always.”