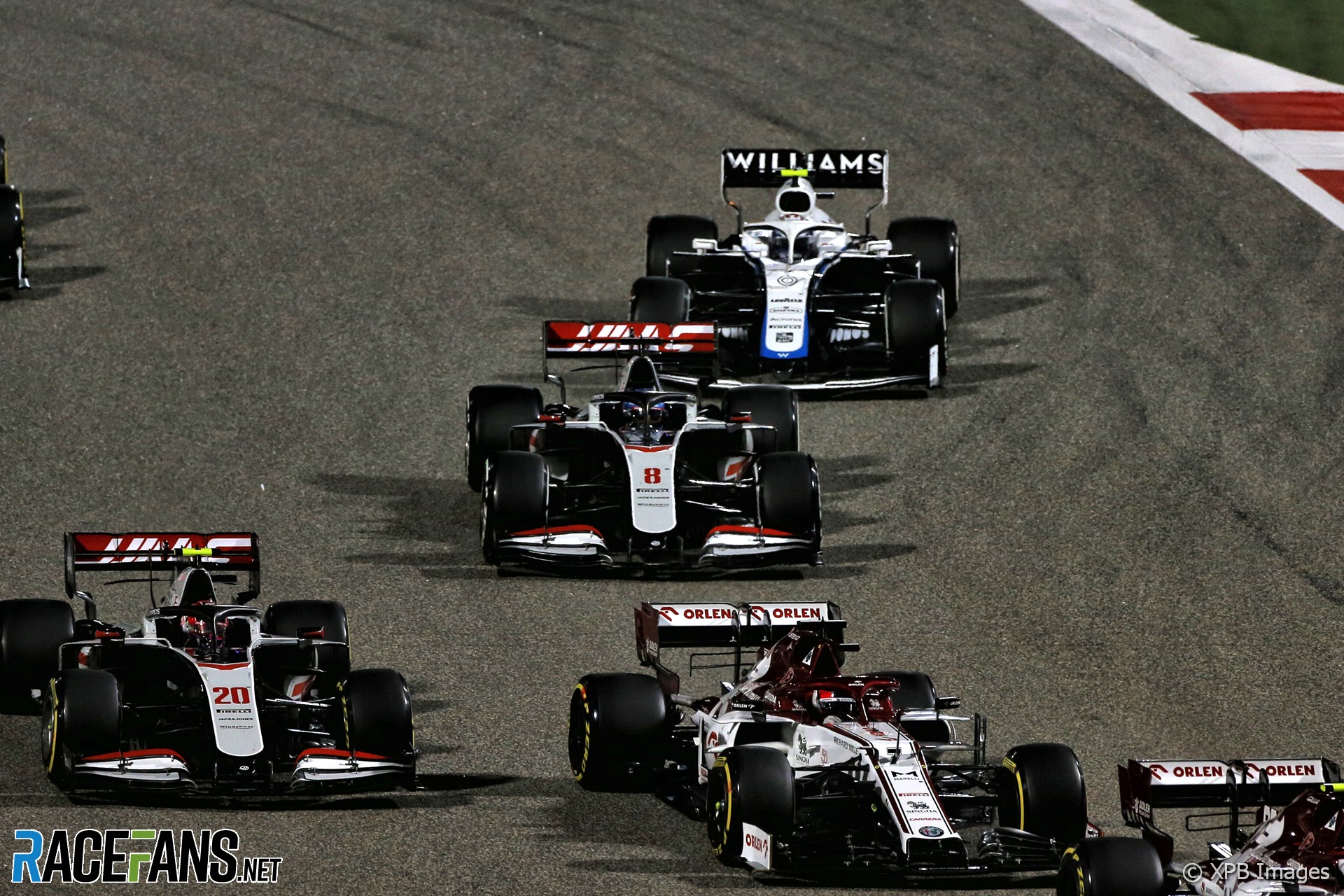 Romain Grosjean has explained why he moved towards Daniil Kvyat at the start of the Bahrain Grand Prix, which triggered his shocking, fiery crash.

Grosjean’s right-rear tyre collided with Kvyat’s left-front as the Haas driver moved across from the left-hand side of the track on the first lap of the race.

The stewards did not investigate whether either driver was responsible for the collision. Kvyat said he initially felt “angry” about Grosjean’s move before realising how serious his rival’s subsequent crash was.

Grosjean said he had to move to the right to avoid a cluster of cars in front of him.

“I had a very good exit out of turn one into turn two,” said the Haas driver in response to a question from RaceFans. “There is no one on my right-hand side at that point.

“The momentum I carry out of turn three is very good. And there’s a lot of debris and sparks coming on the left-hand side of the track. So I already move a bit to the right.”

With no sign of anyone in his mirrors, and given his strong exit from the previous corner, Grosjean was unaware Kvyat was so close to him.

“Moving to the right, I checked my mirror and there’s nothing, there is no one,” he said. “I’m catching the cars in front of me with a big delta speed. So that means that I am having the momentum, the positive momentum.

“So if there were anyone next to me, it would have been side-by-side and I would have passed him. That doesn’t happen.”

Grosjean admitted he moved “quite aggressively” to the right as he headed for the gap. “I agree that the turning right was quite strong.

“In Bahrain, there’s the racetrack and there is that painted sand colour. So even if you push someone to the right, as we’ve seen with the Mercedes and the Ferrari some years ago, the guy on the inside still has the possibility to move to the right, in the worst-case scenario, to avoid contact. So if you took all the elements, what I did is not crazy.”

The footage of the lead-up to the crash makes it clear Kvyat was in his blind spot, Grosjean said.

“Mirrors, we know in Formula 1, are not the greatest technology. A night race makes it harder to see in the mirrors, but also in the day, any time of day, there is no way I could have seen Danny being there. So this is all the thinking that drove me to turn right.”

33 comments on “Grosjean: Move towards Kvyat which triggered crash was ‘aggressive’ but not ‘crazy’”