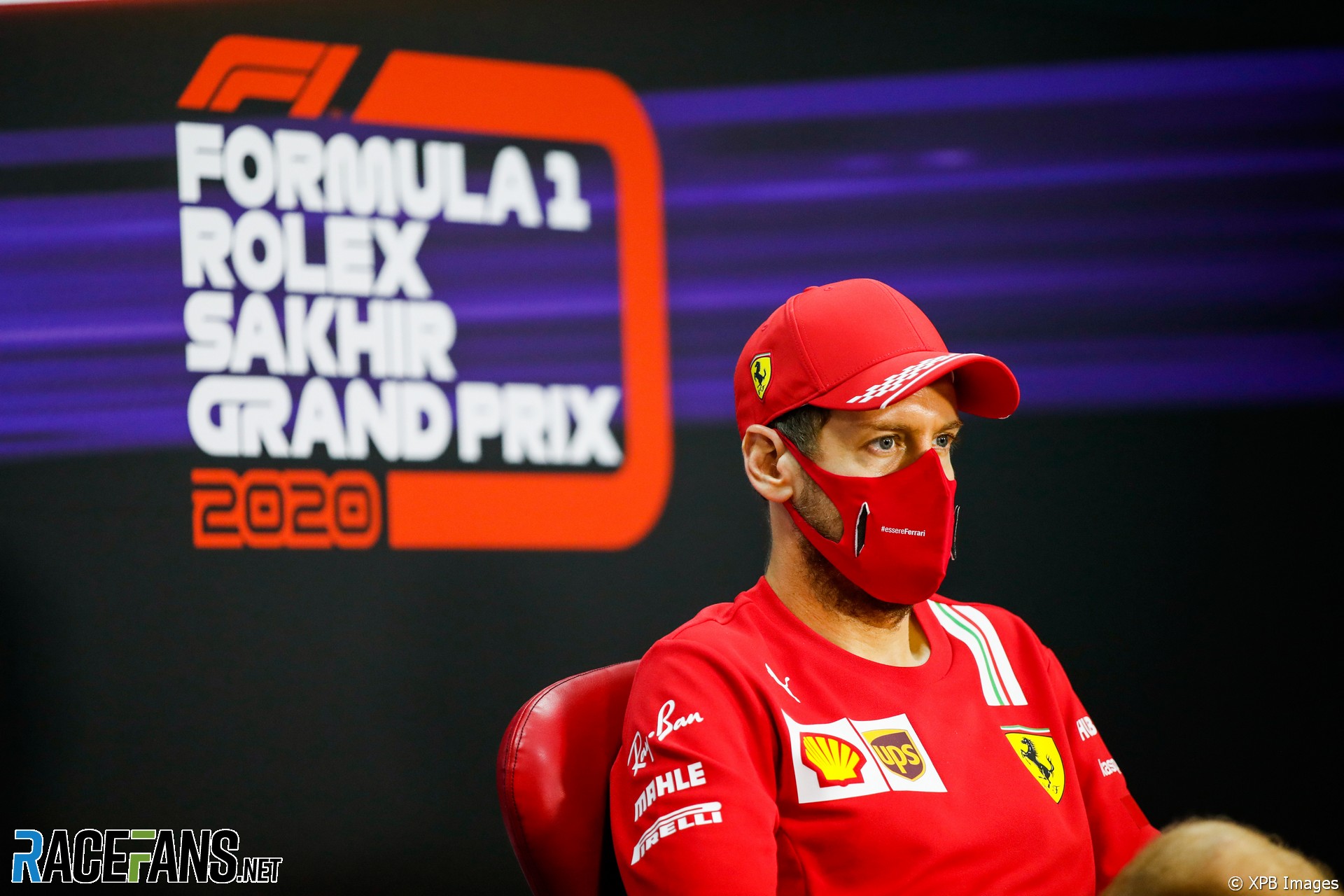 In the round-up: Sebastian Vettel says he has no concerns about Formula 1 using a faster track layout for its second race in Bahrain following Romain Grosjean’s crash last weekend.

Vettel was asked whether he would have preferred to race on the grand prix track again instead of the Outer circuit this weekend:

I don’t think it changes anything in this regard. I don’t think there’s any connection to be made with Romain’s accident last weekend.

It’s good to see, obviously, that we have the red flag and then immediately precautions were taken on that spot. And I think for this week as well around the track there were some more precautions taken. So that’s the least you can do in that short amount of time.

But racing here, I think, doesn’t expose us to anything extra just because the track layout is different.

Hey guys. I’m pleased to say I’m doing @IMSA with @CGRTeams in 2021. Really excited about this and can’t wait to be in the car for the first time early next year.

"I saw the crash in my mirrors, was aware straight away that it was extremely serious and I thought the worst straight away."

Boschung to replace Aitken at Campos for season finale (Campos)

"The Swiss driver has already been confirmed at Campos for 2021 and has been with the team in Bahrain in preparation for the post-season tests. The 23-year-old has previous experience at this level, driving for the Spanish side in 2017."

"the initiative is part of a broader picture in the IndyCar and Indianapolis Motor Speedway 'Race for Equality and Change,' announced in July. The goals include recruiting and developing a diverse workforce throughout all levels of IndyCar and IMS, ultimately creating a community that fundamentally transforms the sport."

Is the tyre barrier at the scene of Grosjean’s crash a sensible addition?

I think this is a must for Armco that is angled in towards the track like the one Grosjean hit. Armco does a good job generally of dissipating energy down the barrier – which is why they are use to line straights with.

There is some concern with formula cars splitting the barrier but again it only split (and not all the way) with a huge direct impact in Grosjean’s crash. Normally with a Armco lined straight its impossible to hit it perpendicular (even if you do your direction of travel is still down the barrier – think those funny-looking spins where the nose gets wiped).

We have seen a large number of Armco strikes down the years but these are all side/along the barrier impacts – thankfully F1 got away with one here but I think all protruding Armco barriers will need this or similar treatment.
Gavin Campbell

17 comments on “Vettel: No concerns over switch to high-speed Outer track after Grosjean crash”